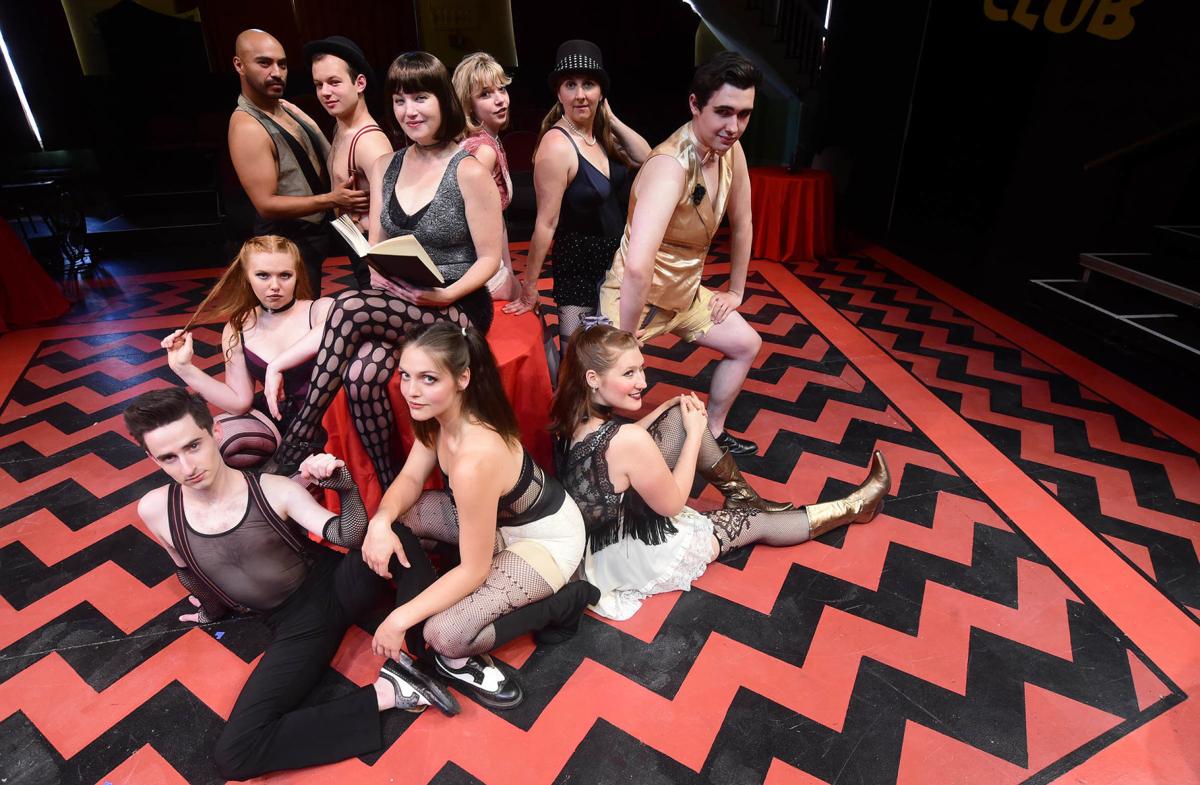 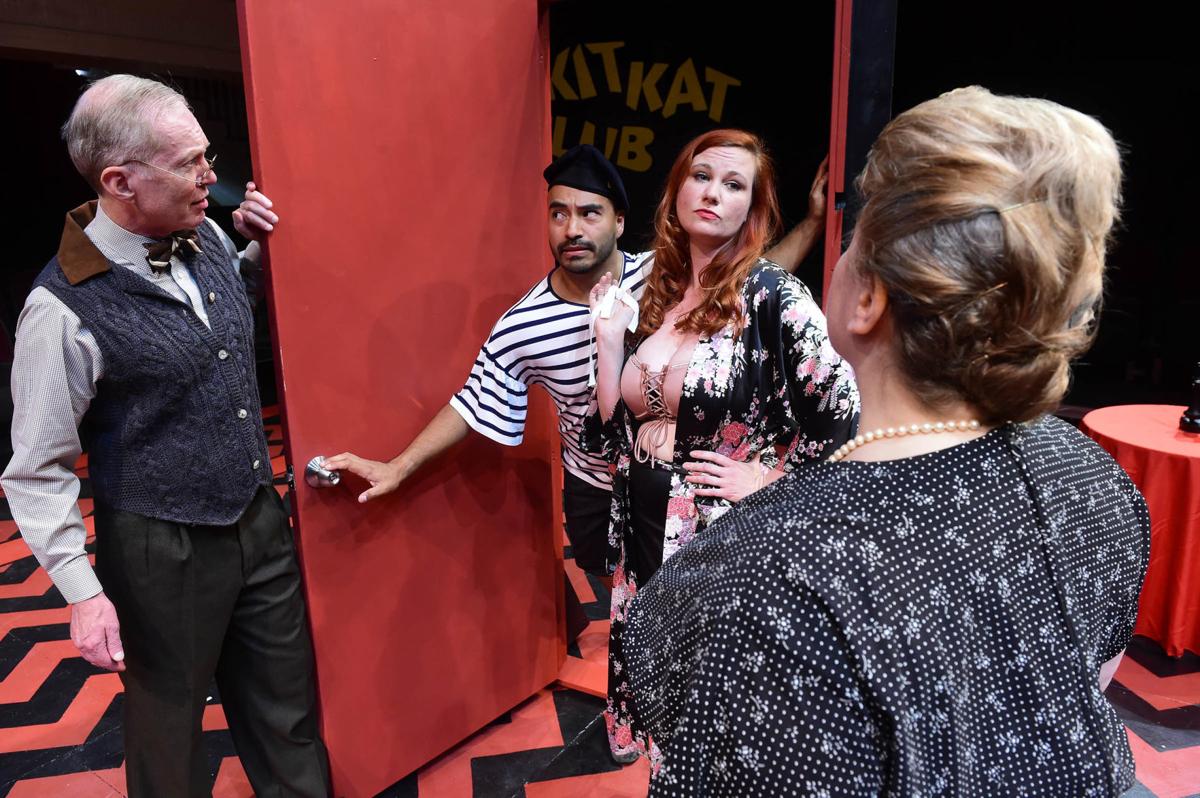 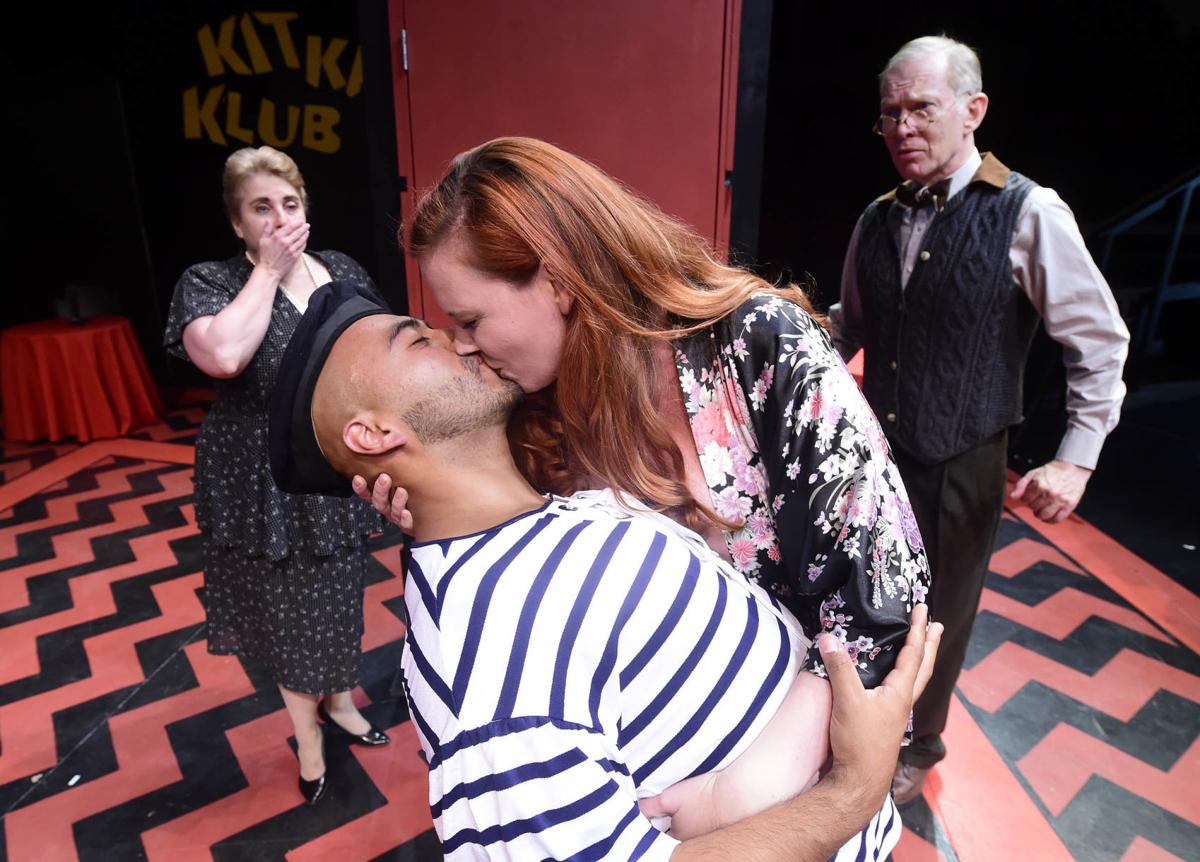 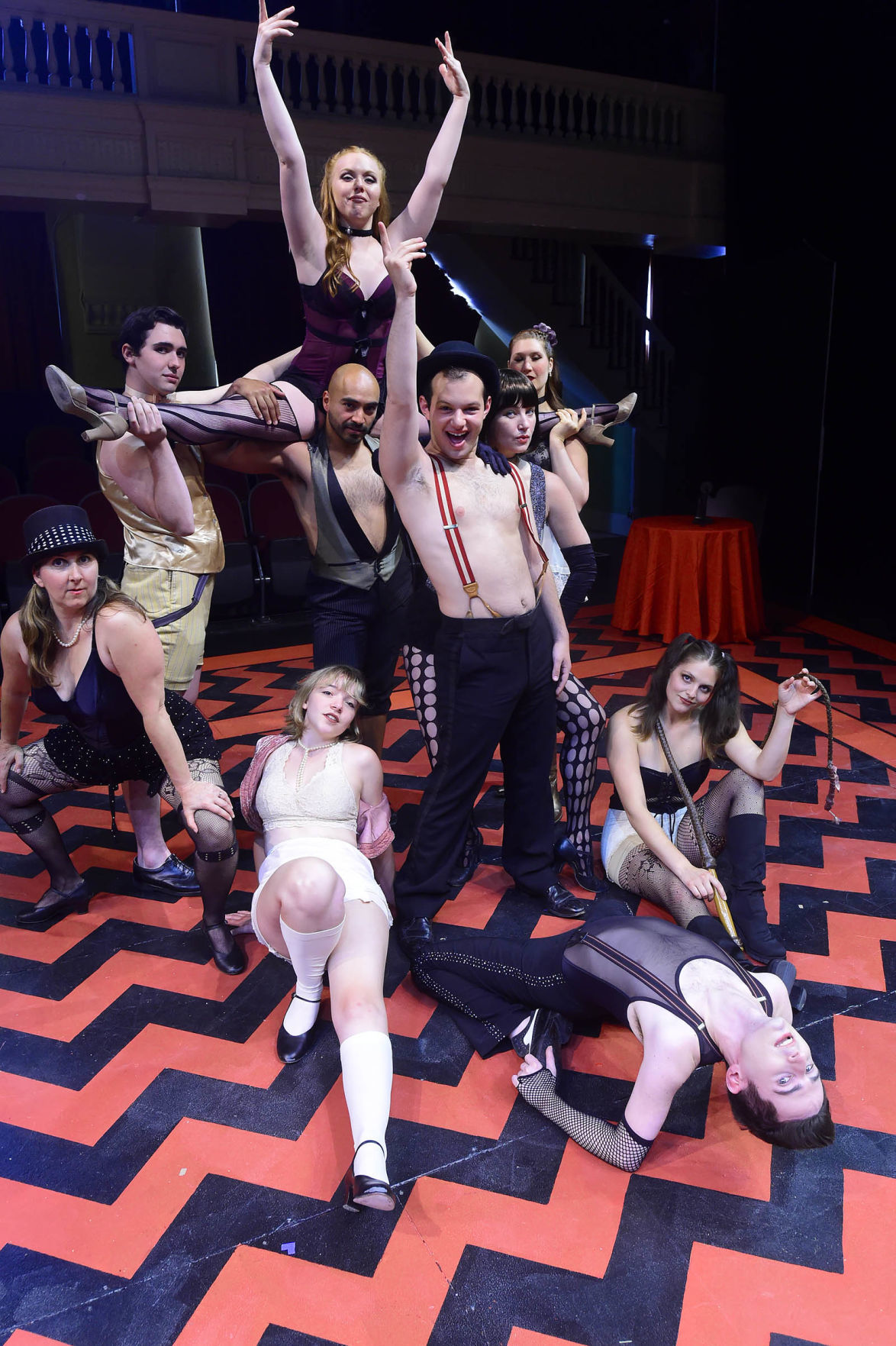 The cast of Lost Nation Theater’s production of “Cabaret” which opens July 11.

The cast of Lost Nation Theater’s production of “Cabaret” which opens July 11.

The 1966 Broadway musical “Cabaret,” winner of 10 Tony Awards, and subsequent 1972 film, which earned eight Oscars, concerns the doomed decadence of pre-World War II Germany, but many find that it resounds today.

“It is in its own right one of the most popular shows written for the musical theater, probably Kinder and Ebb’s masterpiece,” explains Tim Tavcar who is directing the Lost Nation Theater production.

“And I do think it is timely now because there’s the incredible brilliance and fun and spectacle of the cabarets themselves, but the overriding theme is the disintegration of Weimar, Germany and the rise of Nazism,” he said between rehearsals.

“And there is such a current push for nationalistic behavior from many countries, including our own, that I think it’s a message.”

Lost Nation Theater will present “Cabaret,” by John Kander and Fred Ebb, July 11-28 at City Hall Arts Center. Joining Tavcar on the performance team are music director Patrick Wickliffe and choreographer Taryn Noëlle, as well as a cast of 16 actor-singer-dancers and an eight-piece pit band.

“Cabaret” is centered on the seedy Kit Kat Club and its androgynous emcee. One of its girls, the English Sally Bowles, finds herself romantically entwined the American would-be writer Cliff Bradshaw. But as the growing Nazi menace encroaches on the club, it does the same for their relationship.

The musical flavor, indeed the club’s decadence is reminiscent of music of Kurt Weill and dramatic flavor of Berolt Brecht’s lyrics in “The Threepenny Opera” of 1928, just about the 1929-30 “Cabaret” is set in.

“There’s a tremendous influence from the Weill-Brecht spectrum,” Wickliffe said. “It informs many parts of its aesthetic.”

“I am taking the opportunity to beg, borrow and steal several songs from a couple of versions. So there’s actually a lot more music in this version than you will see most of the time,” Tavcar said.

One addition to the original is “Don’t Go,” a solo song for the character of Cliff, Sally’s love interest.

“In the version that we got, there’s only like a tagline of one of Sally’s long songs for Cliff to sing, and we have a very fine singer, so I thought I would add it for him to do,” Tavcar said. “It also gives them more time on stage — when they’re not fighting.”

“Cabaret” is essentially two stories, one of the Kit Kat Club and its inhabitants, and the other of the intimate human drama outside.

“What I’m trying to do is try to meld them together so they happen almost simultaneously,” Tavcar said. “The cabaret will gradually disintegrate in terms of spectacle. The performers grow tired and have to work harder to get things out. And as the Nazi things happen, there are more Nazi-esque themes coming into the actual cabaret — and that reflects the disintegration of some of the relationships.”

“Sally is blithely unaware on purpose. She just doesn’t want to deal with it,” Tavcar said. “Cliff has become an activist, and that becomes a source of major conflict.”

In bringing the Kit Kat Club to life, Noëlle is looking first to the original Bob Fosse choreography.

“I watched a ton of all of Fosse’s palette, even as soloist in ‘Kiss Me Kate’,” Noëlle said. “I just wanted to absorb all of him again. What are the details make it the iconic work that it is? Those details are beautiful — a lot of fingers, a lot of wrists, a lot of flexed feet, those beautiful details he was just so masterful with. He was also brilliant with humor.”

But Noëlle looked beyond Fosse to other styles, like burlesque dancing – not stripper club, she said — and other styles that are being used today for a kind of fun blend.

Most of the work has to be a collaboration of the three. For example, when Noëlle was choreographing a scene where the emcee is coming in and out, Tavcar was setting the character’s blocking and Wickliffe was consulted on tempos, etc.

“The thing that is most important is bringing an absolute sense of cohesion in a single kind of line of musical logic throughout the show, so that it has a beautiful over-arch and it is absolutely clear throughout,” Wickliffe said.

Tavcar sees his challenge as balancing the entertainment value of the cabaret and the over-arching political story.

“I don’t want one to necessarily overshadow the other, but I want to communicate to people that one is not only influenced by the other but caused the other,” he said. “I want the audience to be entertained and dazzled by the cabaret, but I want them to see the relation ship between the two sides of the story.”