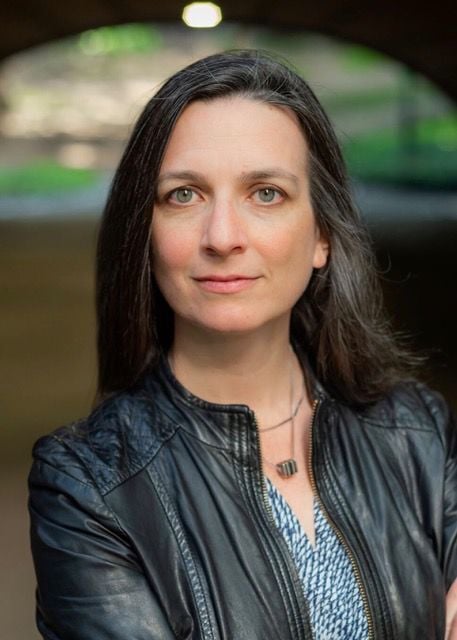 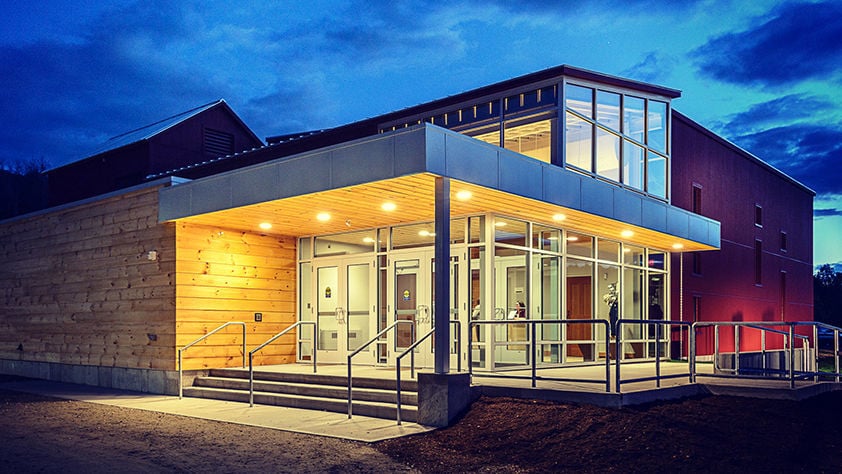 Weston Playhouse at Walker Farm, which opened in 2018, is a flexible and reconfigurable theater that makes it ideal for post-COVID-19 possibilities. 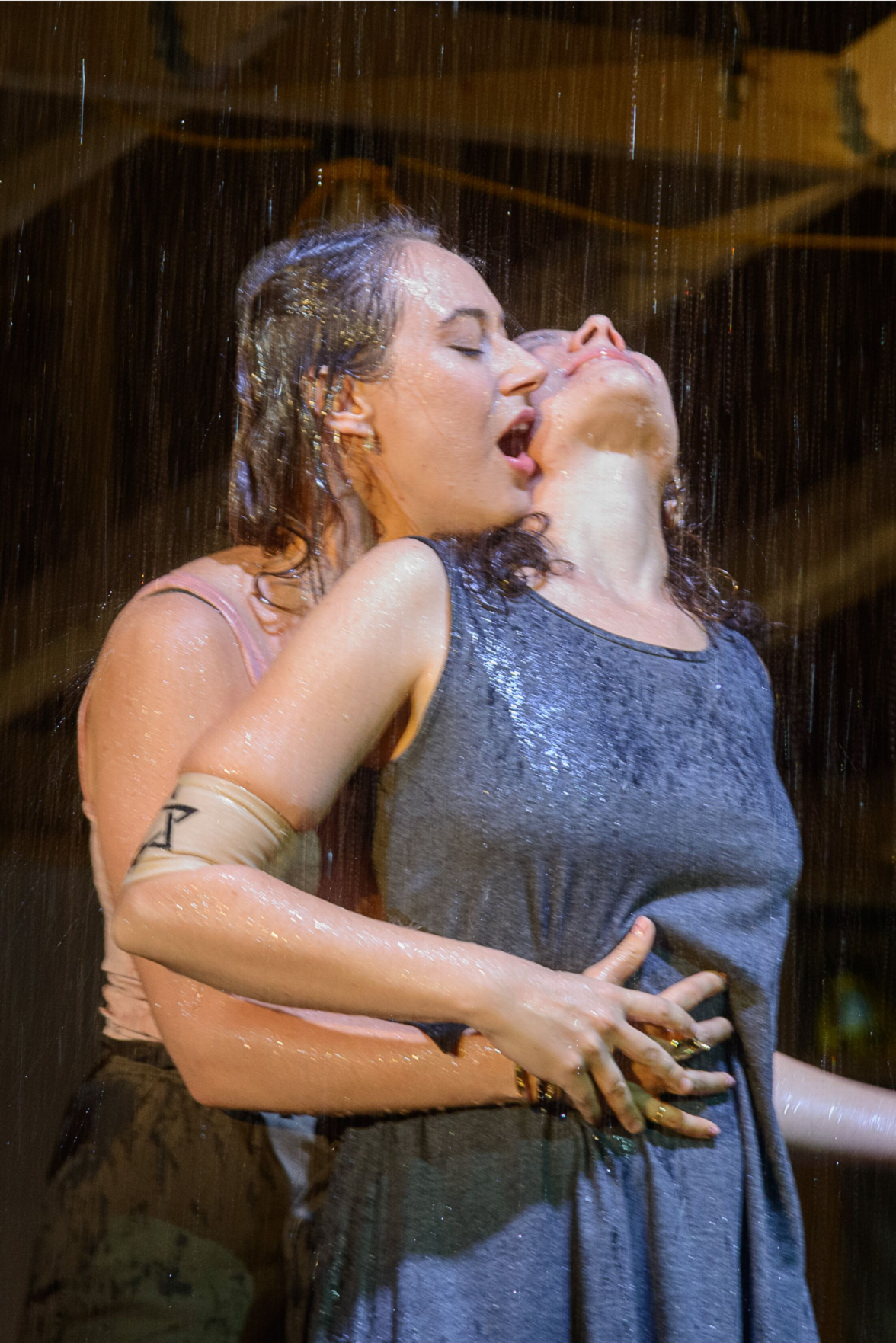 Weston Playhouse at Walker Farm, which opened in 2018, is a flexible and reconfigurable theater that makes it ideal for post-COVID-19 possibilities.

Weston Playhouse will begin the public part of its Reimagined Season 2020 next week, after canceling its summer season in April because of COVID-19. Initiating its “Weston Writers” program, “One Room,” showcasing 14 playwrights and premiering Friday, is one of four online programs that Vermont’s oldest professional theater has instituted to bridge the pandemic.

Despite dark theaters throughout the country, Susanna Gellert, Weston’s executive artistic director, said she is cautiously optimistic about the future of Weston Playhouse Theatre Company, and American theater in general.

“There’s a kind of art will out that I think we’re going to find in the coming months and years,” Gellert said. “Artists are important is one thing I think this pandemic has taught us. … People are hungry to be in front of live audiences, and audiences are hungry to be together again.

“So, what I’m thinking about is how we make the changes we need to make so we can be together as soon as possible,” she said. “I’m very cautious about it in large part because I know so many people in my community, and the idea of it being a risk; it’s not worth it — it’s not worth it before we have all the protocols that we need to have to keep people safe.”

Weston Playhouse will premiere “One Room,” 14 short one-person plays that respond to the present moment, at 7:30 p.m., Aug. 7 on the company’s YouTube channel. A live pre-show discussion at 7 p.m. features Gellert and select artists whose work appears that evening.

Later this summer, “Songs for Today” will introduce new works from Weston’s family of musical theater writers, expressing in song the stories they want to tell today. For “Postcard Plays,” a multi-media exploration of story and form, commissioned writers will respond to a picture postcard of a rural American image by Skye Chalmers with a play script, which will premiere this fall. Additionally, “Beyond the Fourth Wall” will be an entertaining and educational series of interviews, discussions, and special guest appearances, hosted by Gellert.

In May, Weston commissioned 14 of America’s leading playwrights to create plays that explore the questions, “What makes a home?” and “What stories might be hiding in its ordinary rooms?” Each writer was joined by a professional director and actor to record their monologues.

“I don’t really call them plays,” Gellert said. “Theater is people together in a room sharing an experience. We have film and television taking care of the moments we want to be more isolated, more anonymous in the audience. So I think of these as experiments, I think of them as theater artists’ responses.

Still, these are theater artists, not filmmakers.

These playwrights already were facing a rapidly changing world in May.

“As the writers started to write, the world kept changing further,” Gellert said. “Memorial Day with George Floyd’s death happened. So you can see artists grappling in real time.”

This pandemic is presenting an almost insurmountable challenge to professional theaters like Weston.

“Weston is so much about bringing the world to Weston and bringing Weston to the world,” Gellert said “So, we’re about storytelling, but we’re also about bringing people into our community — literally the hundreds of artists we bring in each year, and the thousands of ticket buyers.

“And I don’t want the character of the theater to change irrevocably,” she said. “So we want to be a place where people can gather. In order to do that, we’re going to have to take some steps — and we’re thinking about all sorts of things.”

Weston is considering the possibility of outdoor venues, how to use its flexible and reconfigurable Walker Farm theater, and how to manage the 300-seat Weston Playhouse.

“It probably won’t be 300 people anytime soon, until there’s a vaccine,” Gellert said.

And then, what are the stories Weston wants to tell?

“Certainly a lot of what I know I’m hungry for right now is the opportunity to step away, to look at the world at an oblique angle and have fun — in ways that are important and relevant, but maybe give ourselves a bit of a dream,” Gellert said.

She is hoping to bring back a good portion of the 2020 season that was canceled.

“I don’t think we’re going to see it all both because of logistics but also because the world will have changed and some things will no longer be relevant,” Gellert said. “I said in April when we had to cancel the full season that we would gather together in the theater again as soon as possible. I still hold that to be true.”

Last season was Gellert’s first at the helm of Weston Playhouse.

“I learned a lot,” she said. “I met the audience, which was the most important thing to do in a first year. And I’m really proud of it.

“I’m proud of the moments when we were able to forget the world around us like ‘Patsy Kline.’ I’m proud of challenges we were honest about, like ‘Indecent,’ the last show of the season. It was a really big risk as it was a new piece; and it’s not a very happy piece. It’s not entertainment,” Gellert said.

“You could just sit in the audience and hear people listening, being together and really understanding how powerful this community around the theater is.”