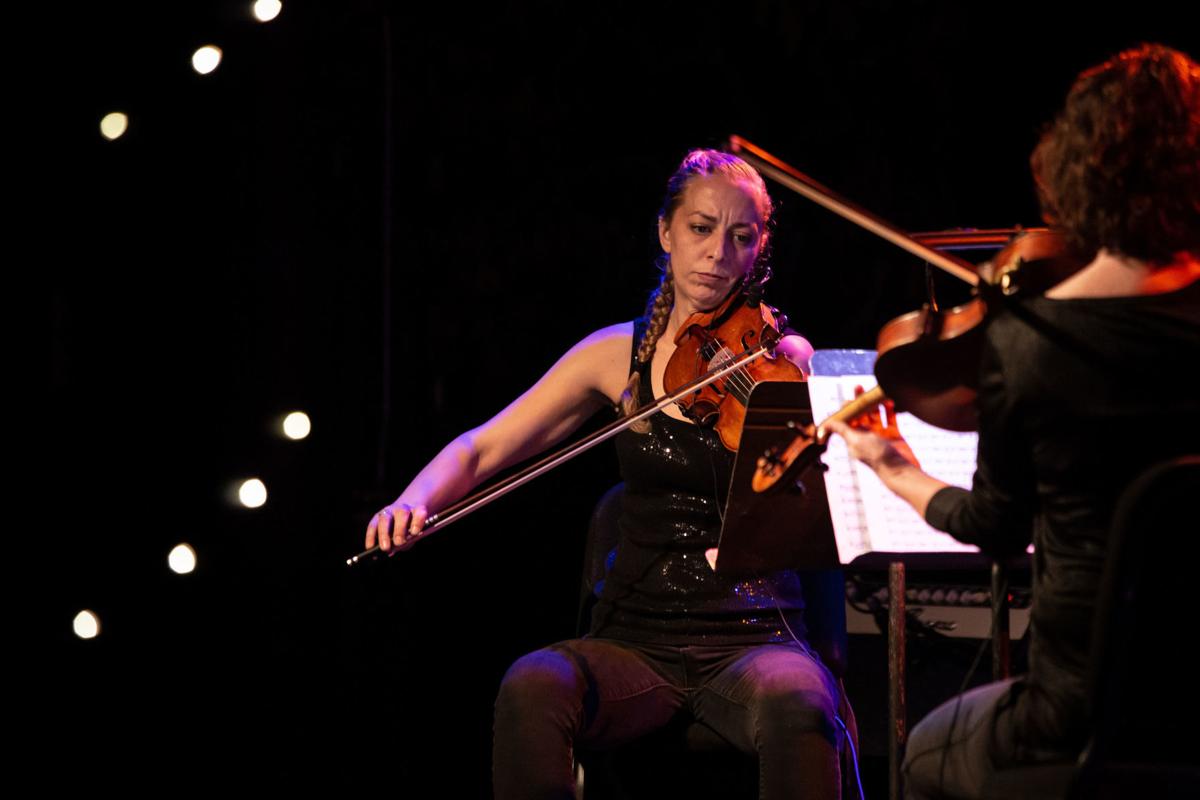 Violinist Letitia Quante opened VSO’s “From the Box” series in which players in its informal Jukebox play and talk from their homes by Zoom. She is pictured at a Jukebox concert at ArtsRiot in Burlington. 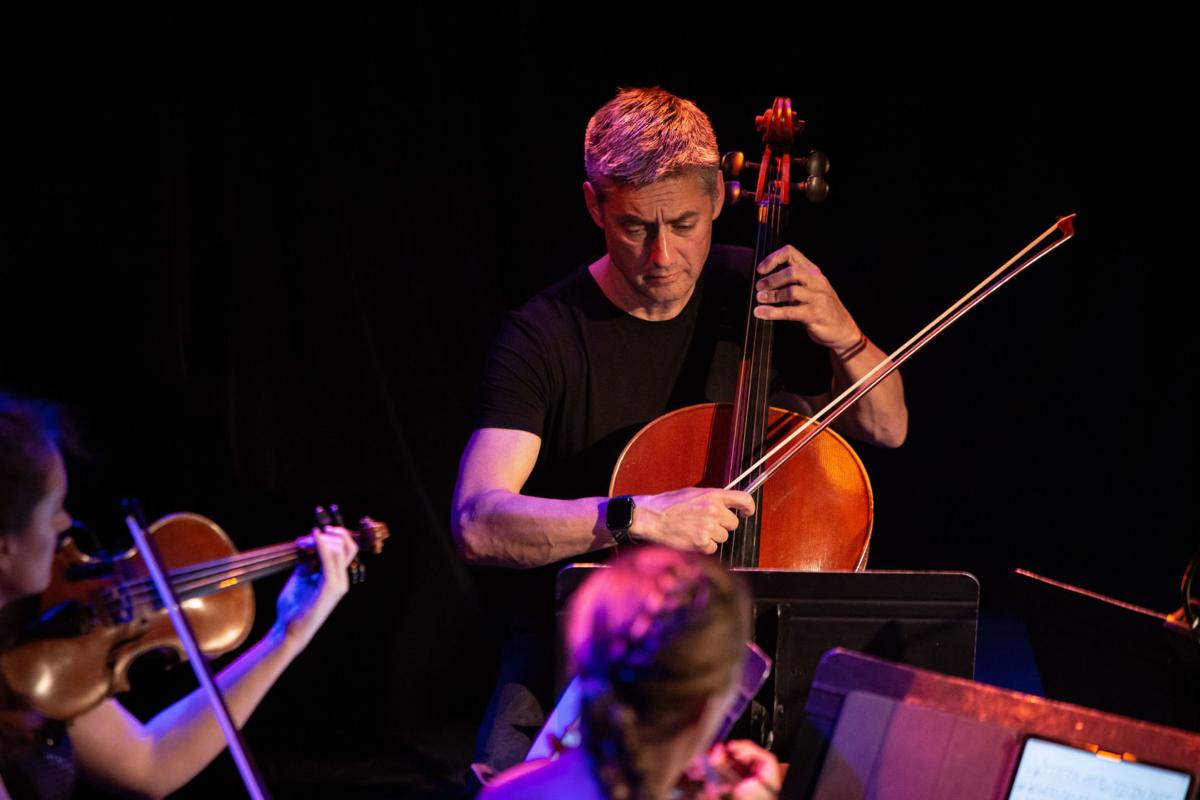 Violinist Letitia Quante opened VSO’s “From the Box” series in which players in its informal Jukebox play and talk from their homes by Zoom. She is pictured at a Jukebox concert at ArtsRiot in Burlington.

The Vermont Symphony Orchestra normally plays a big part in the state’s arts scene, but COVID-19 laid waste to its most popular productions. Not only were winter and spring concerts in Burlington and Rutland canceled, its summer festival tour that drew thousands annually to bucolic sites around the state was eliminated.

But the VSO didn’t give up. In order to maintain a presence during the pandemic, and offer its musicians some income, the state’s professional symphony orchestra is creating small-scale programs that work right now. Using the fine musicians from its popular informal Jukebox concerts, it has created a series of solo programs streamed over Zoom. (The VSO is also planning a virtual Summer Festival Tour beginning June 27.)

The first two 45-minute programs in “From the Box” series, violinist Letitia Quante Monday and cellist John Dunlop Thursday, made clear that the VSO is home to excellent instrumentalists. Both are members of the Arka Quartet who, along with percussionist Tom Toner, are the core members of the Jukebox ensemble. (Programs by the remaining three follow.)

Quante, who opened the series, is a virtuoso violinist full of fire and passion, though she has a deep introspective side as well. Both were revealed in the closing works, movements from two J.S. Bach’s solo Partitas.

In the Gigue from the sunny Partita No. 3 in E Major, BWV 1006, Quante’s charisma came into play as she emphasized the dance-like quality of the movement. She played with a brilliant focused sound and, though a bit reserved, a natural musicality. Her fabulous Jean-Baptiste Villaume (1798-1875) violin (on loan from Vermont Violins) wasn’t entirely responsible for her beautiful sound, but it didn’t hurt.

Still more affecting was the closing Sarabande from the monumental Partita No. 2 in D minor, BWV 1004, with its legendary Chaconne. Dedicating it to

The series is hosted and curated by Burlington composer Matt LaRocca, VSO creative projects chair, who bantered enthusiastically throughout. It was a bit loose, but fun. Technical problems on Zoom were common though, and the sound quality limited, but hey, this is the best we’re going to do right now.

Between the Bach movements, Quante played the beginnings of works by Ysaÿe, Ravel and Bartók, which wasn’t terribly satisfying. It was particularly disappointing when she stopped a third of the way through Paganini’s familiar and exciting Caprice No. 24 in A minor. In addition to playing with the VSO and Arka, Quante is concertmaster of the Vermont Philharmonic and a member of the excellent but recently disbanded Stellaria Trio (with Dunlop).

Dunlop’s program was a bit more organized, no surprise to anyone who knows him. He also opened and closed with solo movements by J.S. Bach, all from the Suite No. No. 1 in D Major, BWV 1007.

In his rich performance of the Sarabande, Dunlop proved expressive, with just the right rhythmic finesse. The following dance-like Menuet was stately but not heavy thanks to a deft bow. The closing Gigue felt like a charming dance, thanks again to a nice light bow.

At first, Dunlop’s expert playing might sound reserved, but his expressiveness emerges in a subtle and powerful way, much in the style of the great French cellist Pierre Fournier. Before the pandemic, the longtime VSO principal cellist was one of the state’s busiest musicians, thanks to a rock-like dependability and deep understanding of a broad spectrum of music.

That was on display in Dunlop’s performance of the jazzy “Julie-O” by Mark Summer, founding cellist of the jazz-oriented Turtle Island String Quartet. He was right at home in this charmer that toys with a motif in some most creative ways.

Dunlop felt at home as the work went from a jazzy pizzicato island flavor, to various bowed styles, with jazz slap-pizzicato moving into American traditional. It was delightful.

The big disappointment was Songs and Poems No. 2 from Philip Glass’ film score for “Tai Ji: Chaotic Harmony,” not because of Dunlop’s playing but the almost constant breaking of the Zoom sound. The piece was particularly intriguing because, unlike the composer’s trademark unrelenting repetitiveness, its recurring motifs were part of a complex and musically intriguing whole. Dunlop’s performance was virtuosic and passionate, and revealed Glass’ unexpected romantic side.

Rather than concerts, the VSO’s “From the Box” might be better described as musical visits. And that’s just fine because, during this pandemic, it answers our needs for both social contact and live music.

VSO’s ‘From the Box’

“From the Box” features Vermont Symphony Orchestra’s Jukebox performers, including members of the ARKA Quartet, online through Zoom. Remaining performances are at 7:30 p.m.:

Admission is free (donations appreciated); to sign up, or for more information, go online to www.vso.org