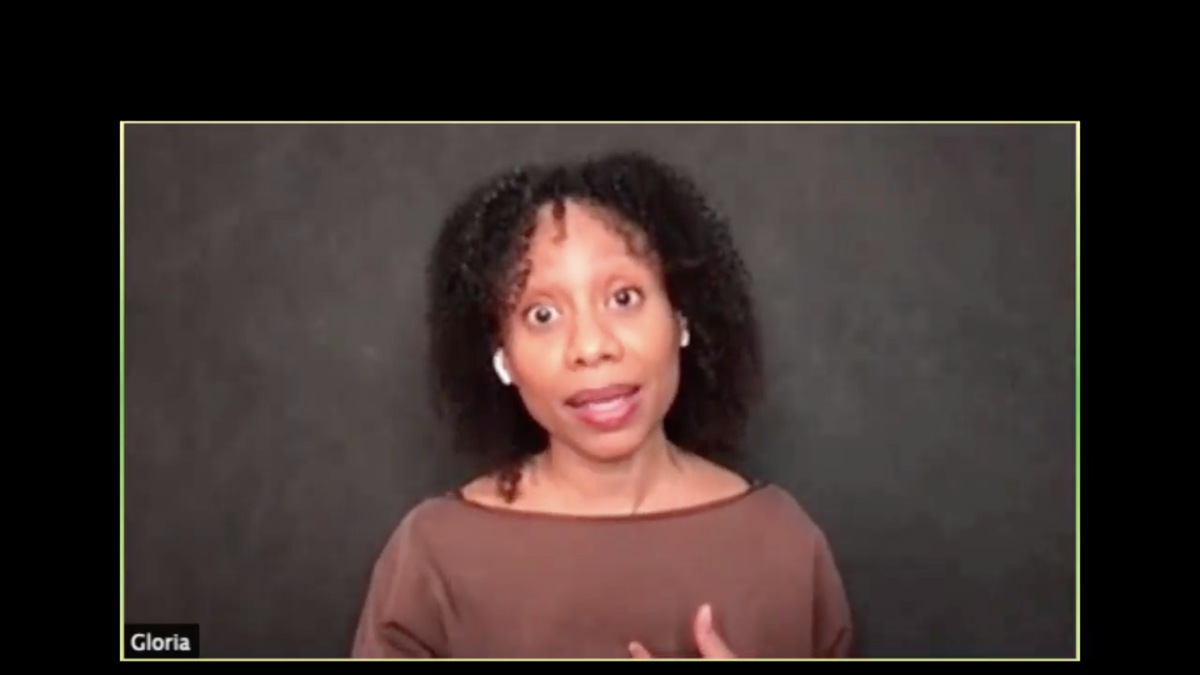 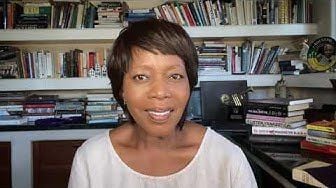 Alfre Woodard as a former kindergarten teacher in Will Eno’s “A Room Of Nobody Else’s,” in the Weston Playhouse compilation of 14 short Zoom plays “One Room,” which premiered Aug. 7. 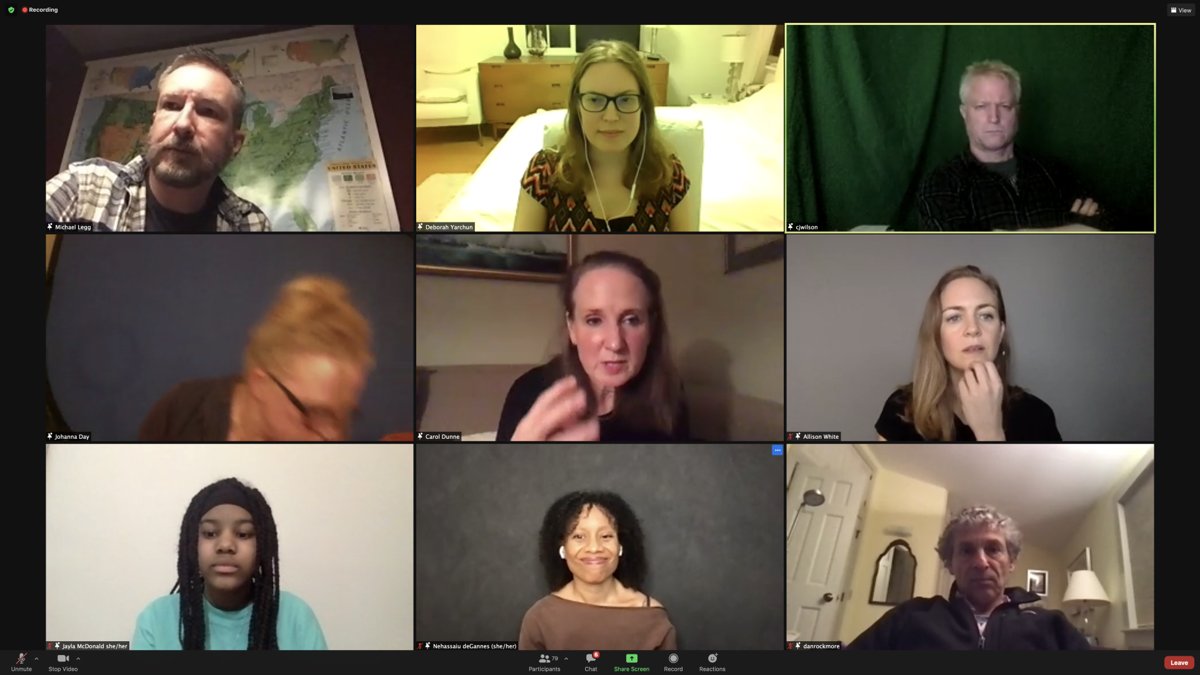 Northern Stage and Dorset Theatre Festival both hold “talk backs” after some of their Zoomed readings. Pictured is the Jan. 16 discussion after Northern Stage’s “Drive.”

Alfre Woodard as a former kindergarten teacher in Will Eno’s “A Room Of Nobody Else’s,” in the Weston Playhouse compilation of 14 short Zoom plays “One Room,” which premiered Aug. 7.

Northern Stage and Dorset Theatre Festival both hold “talk backs” after some of their Zoomed readings. Pictured is the Jan. 16 discussion after Northern Stage’s “Drive.”

Zoom has taken over the theater — at least for the moment. Although the internet video meeting platform was available in 2012, with the beginning of the COVID-19 pandemic in March 2020, it became ubiquitous among governments, businesses, schools and private homes. The arts, largely deprived of in-person performances, immediately found ways to adapt Zoom for its own purposes.

Dorset Theatre Festival, White River Junction’s Northern Stage and Weston Playhouse Theatre Company have each found Zoom particularly effective in the development of new plays. While stage productions over Zoom are at best awkward, more likely impossible, prepared readings work well, as it is easy to focus on the individual actors, and they can be scattered throughout the country.

Northern Stage’s eighth annual New Works Now is currently being presented on Zoom for the first time. The festival of three virtual plays-in-progress, being presented throughout January, opened Jan. 16. The timely “Drive” by Deborah Yarchun concerns a community of truckers in a small town in Iowa who find themselves in crisis after they lose their jobs to self-driving trucks.

With an excellent cast directed by Michael Legg, the two-hour drama has some very powerful moments, as well as funny and tender ones. The love triangle begins when African-American Gloria, an extravagant but sensitive Nehassaiu deGannes, is given the job of leading a convoy of driverless trucks. Meanwhile, her white husband Arthur, a percolating Larry Bull, is laid off and left at home with daughter Ainsley, a refreshing 15-year-old Jayla McDonald.

While there are no racial problems for Gloria and Arthur at home, there are at the Drive Bar, where encounters with the drunken Cliff, C.J. Wilson as a not-really-terrible redneck, aren’t so comfortable. (He is supported by his wife Arlene, an earthy Johanna Day). The real trouble comes as Arthur finds himself spending more and more time with the bartender and former girlfriend Jo, a sensitive and dimensional Allison Jean White. Not surprisingly, it explodes, but the ending isn’t quite what one might expect.

For Zoom, the interaction of the characters was surprisingly intimate, and the tension built quite successfully. Like almost all new plays, it’s a bit too long to be riveting — some ideas are hammered in. And the cast could all take lessons from Wilson’s Cliff and Day’s Arlene as to how frustrated blue-collar workers sound. But all of this is quite fixable.

“Drive” is already the winner of the 2020 Dartmouth College Neukom Institute Literary Arts Award for Playwriting. And Northern Stage is talking about a full production at some time in the future. No surprise, since New Works Now has been the source of a number of its main stage premieres.

Weston Playhouse, a summer theater working out of season, recently debuted “Postcard Plays,” the third in its Reimagined Season 2020 created after canceling its summer main stage program because of COVID-19.

Weston commissioned writers to respond to a picture postcard of a rural American image by Skye Chalmers with a most concise play script. Ten Vermont-connected theater writers wrote plays that fit on the back of a postcard. The front contains images from Chalmers’ collection “Sending Milk.” But that has nothing to do with Zoom.

On Aug. 7, Weston premiered Vermont’s first entry into the world of original post-COVID-19 streamed theater on Zoom. In “One Room,” 14 short one-person plays face the sequestered life of the pandemic in intriguing ways, from tragic to comic, but mostly intriguingly human. (They can currently be viewed together as a 97-minute compilation on YouTube via the theater’s website.)

“One Room” was immediately named a New York Times “Critic’s Pick” by co-chief theater critic Jesse Green. “This collection of 14 original works,” Green wrote in his review, “most of them 5 to 8 minutes long, makes a case for the solo direct-address form as the irreducible essence of theater, an essence that even a pandemic (or iPhone) can’t denature.”

Weston has a long history of incubating new work, musicals in particular. Each spring, it hosts its Artists Retreat, where playwrights, composers and lyricists come together to create tomorrow’s theater. Workshops and readings follow. Musicals premiered recently at Weston include “Saint-Ex” (2011), “Pregnancy Pact” (2012) and “Analog and Vinyl” (2014), as well as numerous nonmusical plays.

With COVID, Dorset too canceled its 2020 main stage season, but immediately found other outlets. Although technically a “summer theater,” more than six new plays have been developed in virtual workshops in 2020, supporting over 20 playwrights, and employing more than 35 actors and directors.

Dorset produced a Pipeline Production of Chris Bohjalian’s play “Midwives” as a Live Premiere Event. Its Commissioning and Fellowship program launched with Cusi Cram’s “The Benefits of Being an Octopus,” based on the young adult novel by Brattleboro author Ann Braden.

Northern Stage’s Barrette Center for the Arts went dark near the end of its Feb. 26 to March 15 world premiere production (March 14 and 15 performances were canceled) of young playwright Celeste Jennings’ “Citrus,” went dark. The immediate response was to make sure that the theater was not dormant, Portraits of the Pandemic and Play Date, an interactive theater discussion program for Zoom, were immediately launched.

In the fall, Northern Stage presented one of the country’s first — and very, very few — in-person Equity productions in the country with Stephanie Everett’s one-woman show, “It’s Fine, I’m Fine,” Oct. 7-25, as part of the company’s Tiny Necessary Theater season. Pre-recorded plays, Greg Keller’s “Dutch Masters,” “It’s Fine, I’m Fine,” and a double comedy bill of the world premiere of Marisa Smith’s “The Naked Librarian” (originating with New Works Now) and Gordon Clapp in Anton Chekhov’s “”On the Harmful Effects of Tobacco” filled out the season.

For the holidays, Northern Stage made the gift of the Christmas favorite, Frank Capra’s “It’s a Wonderful Life,” in a radio play adaptation by Joe Landry. Meanwhile, the company is working on plans for 2021.

These Vermont professional theaters are certainly not resting on their laurels. All three — Dorset Theatre Festival, Northern Stage and Weston Playhouse — are promising big announcements in the coming month.

Jim Lowe is the arts editor for The Times Argus and the Rutland Herald.

Dorset Theatre Festival is currently offering staged readings of new plays on its website, including: “Notorious,” eight new short pieces and works-in-progress that premiered Dec. 30, and “Grace,” 12 short pieces, both by its Women Artists Writing Group. For those and more information, go online to dorsettheatrefestival.org