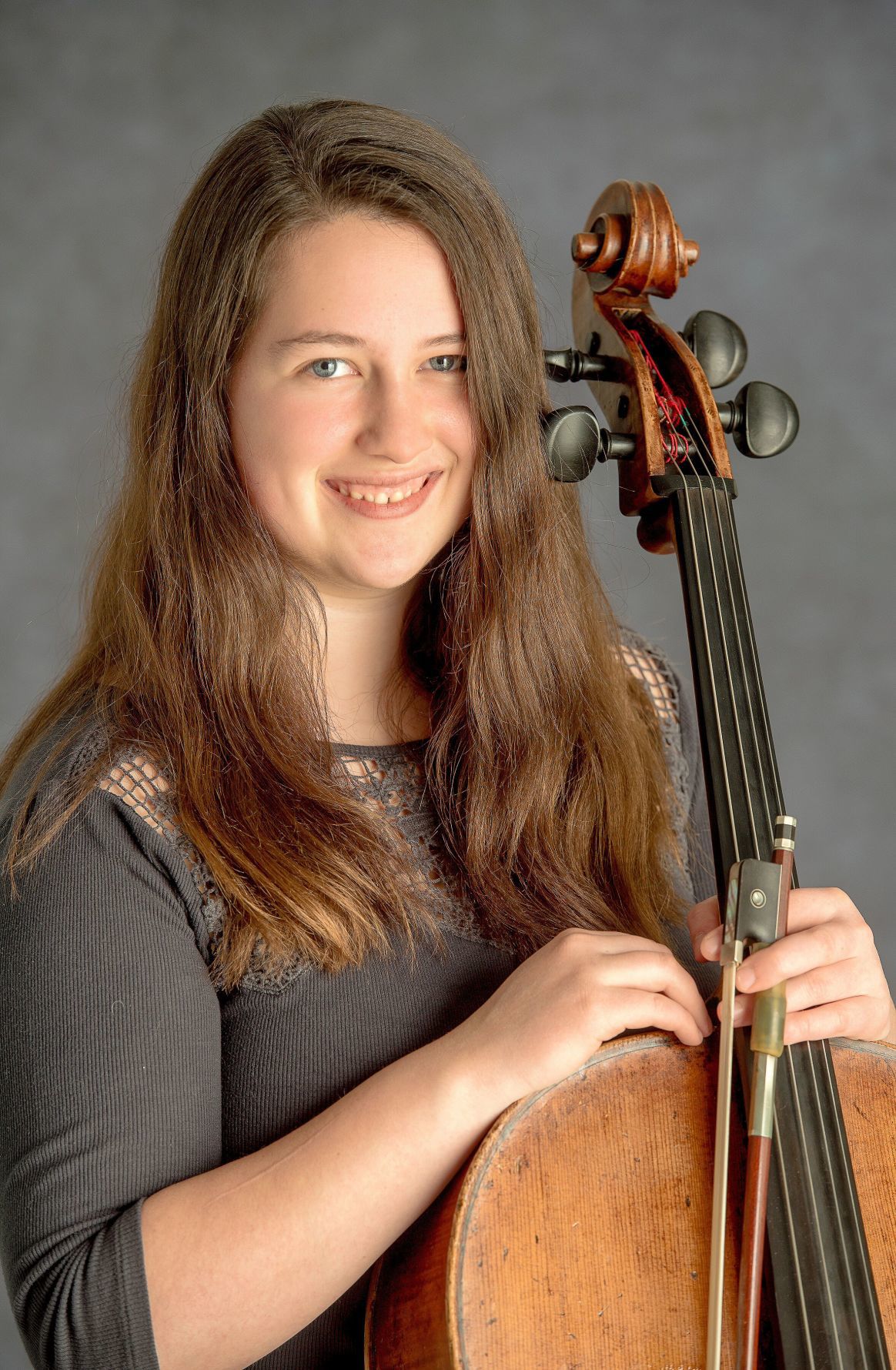 Cellist Layla Morris, winner of the 2019 Borowicz Memorial Scholarship, will be the soloist at the Vermont Philharmonic’s concerts next weekend. 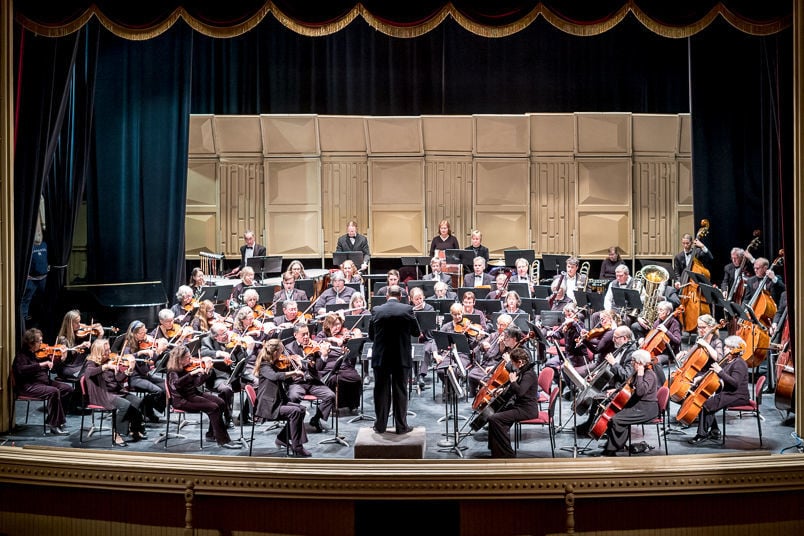 The Vermont Philharmonic, conducted by Lou Kosma, will present its Winter Concerts Feb. 15 at the Elley-Long Music Center in Colchester, and Feb. 16, at the Barre Opera House.

Cellist Layla Morris, winner of the 2019 Borowicz Memorial Scholarship, will be the soloist at the Vermont Philharmonic’s concerts next weekend.

The Vermont Philharmonic, conducted by Lou Kosma, will present its Winter Concerts Feb. 15 at the Elley-Long Music Center in Colchester, and Feb. 16, at the Barre Opera House.

As winner of the Vermont Philharmonic’s 2019 Borowicz Memorial Scholarship, Layla Morris will be the featured soloist in the first movement of Schumann’s Cello Concerto with the state’s oldest community orchestra.

“I’m doing a lot of kind of complex musical things because this piece is so flexible,” she said by phone. “There’s a lot of area for interpretation, which can make it tricky to put together with orchestra because you have to coordinate so many times, like when I’m slowing down or speeding up, or adding emphasis on specific areas, but that is working out really well.

“I think it’s going to come across really nicely in the concert,” Morris said.

“I think it’s going to be exciting,” added Lou Kosma, the Philharmonic’s longtime music director. “She plays it well, and with a high degree of maturity.”

The Vermont Philharmonic will present its Winter Concerts at 7:30 p.m. Saturday, Feb. 15 at the Elley-Long Music Center in Colchester, and 2 p.m. Sunday, Feb. 16, at the Barre Opera House.

Kosma will also conduct Beethoven’s Fifth Symphony, Virgil Thomson’s “The Plow that Broke the Plains” and the Prelude to Act III from Wagner’s “Lohengrin.”

Robert Schumann’s Cello Concerto in A minor, Op. 129, was written in 1850, but premiered in 1860, after his 1856 death. Unusually, there are no breaks between the 25-minute work’s three movements. However, the Philharmonic will use a commonly used ending for the first movement.

“There’s drama in the Schumann,” Kosma said. “Schumann is someone who went through a lot of torment, and I imagine some of his most beautiful music was written on one of his lower cycles. The Cello Concerto has a very unusual impassioned melody in the cello and a very unusual accompaniment.”

“It has a lot of emotional rawness and depth to it because of the mental state Schumann was in it when he wrote it,” Morris said. “It’s interesting to play because the melodies themselves are so beautiful.”

Morris is the daughter of prominent Vermont musicians, violinists Ira Morris and Pam Reit (who also plays viola). They didn’t want Layla to take up an instrument until she asked – but that happened at age 3.

“I was at a Vermont Violins Suzuki Concert and I walked right up to Anne Brown, the cello teacher, and said, ‘Can I be your student? I want to play the cello’,” Morris said. “By the time I was 9, I was fully committed and haven’t stopped practicing since then.”

When Morris was 12, she switched to her current teacher, John Dunlop, longtime Vermont Symphony Orchestra principal cellist. Her life now centers on cello.

She was principal cellist in the 2018 and 2019 All State Music Festivals, and the New England Music Festival. As a sophomore, she was a recipient of the All State Scholarship award.

Throughout the year, Morris is a member of the Vermont Youth Orchestra and the UVM Symphony. She also works as a cello accompanist at Vermont Suzuki Violins. During the summers, she is a student at Kinhaven Music School in Weston.

“I’m really interested in the Baroque period, and historical performance practice techniques,” Morris said. “As I mature as a musician and start looking at music school and eventually getting to a master’s degree, I want to become a Baroque specialist — performing on a cello with gut strings, no end pin, the whole setup. That’s my niche within the classical music world.”

Morris currently plays in a string quartet with friends from the VYO that her father coaches. And there are chamber music readings with her parents at home, often adding one of her father’s students to form a string quartet.

The darkness of the Schumann continues with Virgil Thompson’s suite for the 1936 Depression Era film, “The Plow that Broke the Plains.” Thomson’s music draws upon rhythms and moods of folk songs and hymns to capture the spirit of the High Plains. Michel Kabay, husband of principal cellist Deborah Black, narrates.

And the program concludes with perhaps the most recognizable work in the symphonic literature, Ludwig van Beethoven’s Symphony No. 5 in C minor, Op. 67.

“It’s probably the highest energy of his symphonies,” Kosma said. “I really wish you could be at these rehearsals — and that’s all I’m going to say. They’re getting such a great sound I can’t believe it.”

The Vermont Philharmonic will present its Winter Concerts at 7:30 p.m. Saturday, Feb. 15 at the Elley-Long Music Center in Colchester, and 2 p.m. Sunday, Feb. 16, at the Barre Opera House. Music Director Lou Kosma will conduct Beethoven’s Fifth Symphony, Virgil Thomson’s “The Plow that Broke the Plains,” Prelude to Act III from Wagner’s “Lohengrin,” and Schumann’s Cello Concerto (first movement) with Borowicz Memorial Scholarship winner Layla Morris. Tickets are $20, $15 for seniors, $5 students, at the door or online at www.vermontphilharmonic.com.