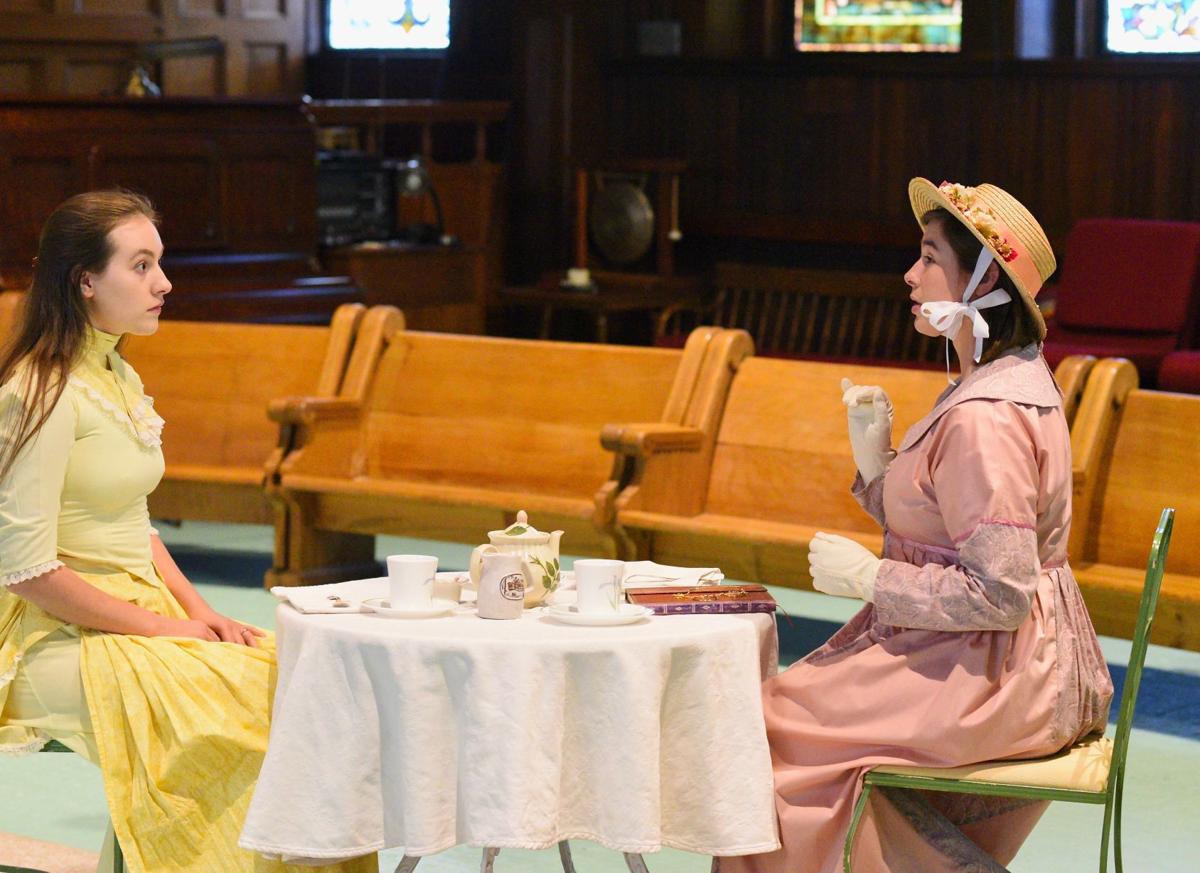 From left, Torri Hixon as Cecily and Rose Curran as Gwendolen rehearse a scene from Vermont Actors’ Repertory Theatre’s “The Importance of Being Earnest.” 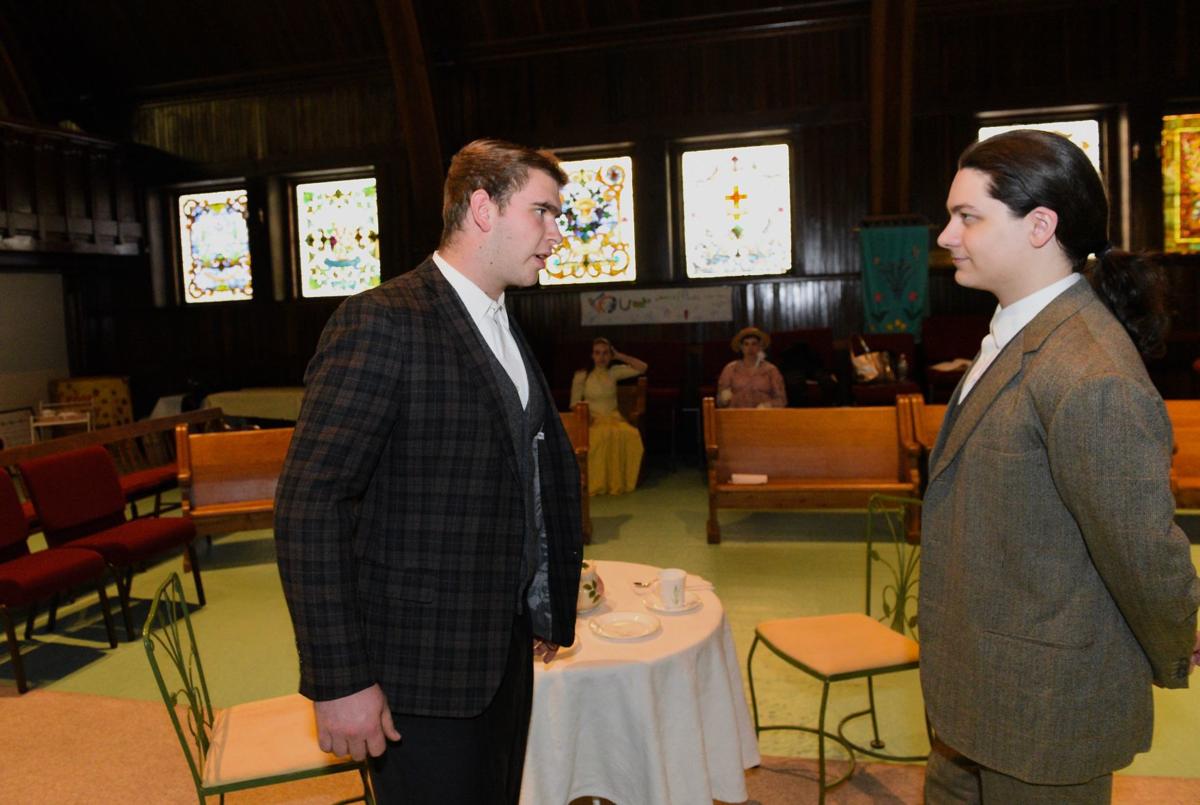 From left, Torri Hixon as Cecily and Rose Curran as Gwendolen rehearse a scene from Vermont Actors’ Repertory Theatre’s “The Importance of Being Earnest.”

“A Trivial Comedy for Serious People” is the subtitle to Oscar Wilde’s “The Importance of Being Earnest,” one of the most popular comedies of all time. The social satire skewers the restrictive conventions of Victorian society — and in so doing, nails the hypocrisies of today.

“Oscar Wilde was such a brilliant writer and such a jaundiced observer of people and his times. ‘The Importance of Being Earnest’ is almost the distillation of Oscar Wilde,” he said recently by phone.

“You have these low aristocratic people who are extremely confident in everything they say — and know nothing!” Reed said with a laugh. “Some of the things the characters come out with — are you serious?!”

The Rutland community theater is presenting this classic masterpiece as part of its 15th season Dec. 6-8 and 13-15 at the Unitarian Universalist Church.

Wilde’s farce tells of two young idle gentlemen who each maintain fictitious personae to avoid unpleasant social obligations. Algernon Moncrieff pretends he has an invalid friend in the country named Bunbury, and the man known as Jack Worthing to his ward Cecily in the country becomes his own libertine brother Ernest in the city.

Jack, as Ernest, comes to the city to ask for the hand in marriage of Algernon’s cousin Gwendolen, while Algernon finds a way to meet and court young Cecily. Standing in their way is Gwendolen’s mother, the formidable Lady Bracknell — and the fact that neither gentleman is really called Ernest.

Not only does “The Importance of Being Earnest” have some of the greatest lines in comic theater, it’s one of the funniest plays of all time.

“The Importance of Being Earnest” premiered at London’s St. James Theatre on Valentine’s Day in 1895. The audience included former cabinet members, actors, writers, academics and enthusiasts.

“In my 53 years of acting, I never remember a greater triumph than (that) first night,” remembered Allan Aynesworth, who played Algernon in that performance.

Even during Wilde’s incarceration for homosexual acts, the play continued to be performed. It has become one of the most performed comedies of all time, finding its way to film and television as well.

“Most of these folks are amateurs, and have done an incredible job with their accents,” he said. “I’m willing to put them up there with British actors who come and do American accents.”

Fortunately, all the characters are from the same social class, so there is a consistency in the accents. (No cockneys!)

“I love doing accents as an actor,” Reed said. “First, you need to understand the cadence, the rhythm of the language. If you can hook into that, then it’s a matter of dealing, with an English accent, those American Rs — they all have to go away. Then it becomes a much more natural process.”

Performances will be “in the round,” with the audience on all sides and at most 20 feet from the action.

“If I did it up on the stage, I’d feel obligated to have the full-blown sets, and the stage is a little too small for that,” Reed said. “But by doing it in the round we put people in appropriate clothing, and it’s really more about the acting and less about the scenery.”

In fact, the staging will be “minimalist.”

“I don’t want to fuss a lot,” Reed said. “We’re going to put the requisite number of tables and chairs and lounges on stage and we’re going to whisk them off for the next act, and set that one up.”

“I’ve got one actor in the cast who has worked in the round before,” Reed said. “He’s perfectly comfortable. But everyone else, the experience they’ve had has been on a proscenium stage. When you’re up on a proscenium stage, your back is pointing upstage because there’s nobody there. The audience is in front of you.

“With this, they are literally all around you,” Reed said. “And (the actors) will make entrances and exits through the audience space — which has been a challenge for some folks to wrap their heads around.”

Community theater, in fact, is an opportunity for amateur actors to perform and learn to act, as well as for the audience’s entertainment.

“I love working with people who are willing to learn something new, and everybody in this cast has been great about that, from the rankest amateur,” Reed said. “I’ve got one guy I believe who has only done one show — and he was an extra in ‘Julius Caesar.’

“He’s Algernon,” Reed said. “His learning curve was practically vertical, but he’s doing great. I like making the actors work. Every play I’ve directed, I’ve strived to make it an actors’ show.”

For the audience, Reed has a different purpose.

“I would like them to be sore from laughing,” he said. “We have been in rehearsal for about six weeks now, and we’re still cracking up at stuff.”

Vermont Actors’ Repertory Theatre presents Oscar Wilde’s “The Importance of Being Earnest” Dec. 6-8 and 13-15 at the Unitarian Universalist Church, 117 West St. in Rutland. Performances are at 7:30 p.m. Fridays and Saturdays, 3 p.m. Sundays. Tickets are $22, at the door or online at https://802tix.com. For information, visit www.actorsrepvt.org.