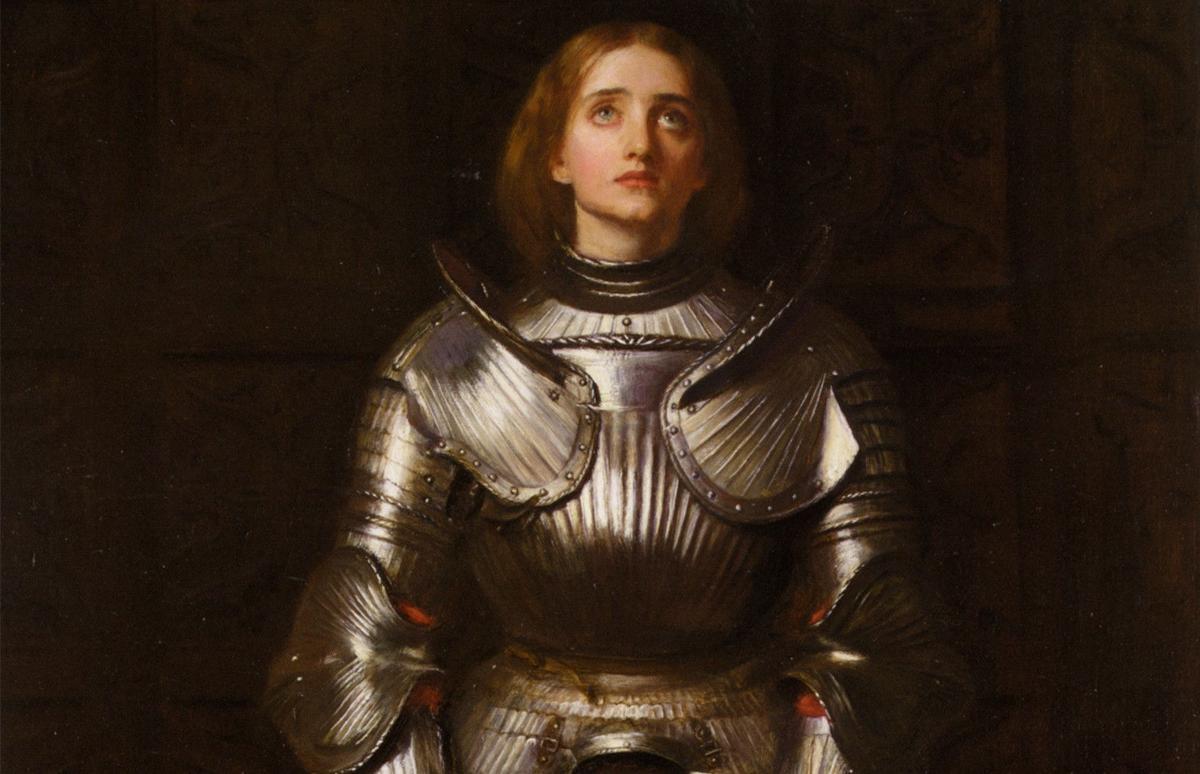 Tchaikovsky celebrates the heroic Joan of Arc in his opera “Maid of Orleans,” being presented by the Opera Company of Middlebury in four performances Oct. 1-9 at Middlebury’s Town Hall Theater. 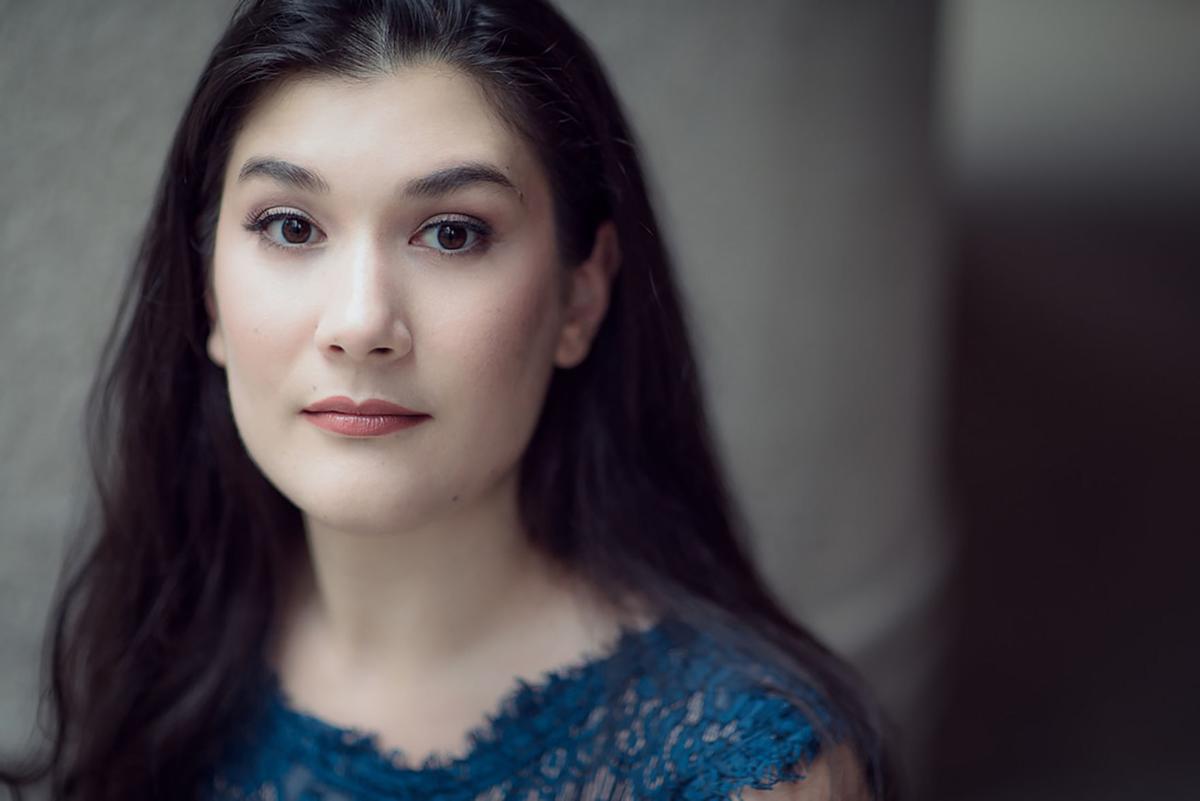 Mezzo-soprano Annie Rosen, who made her Metropolitan Opera debut last year, is Joan of Arc in the Opera Company of Middlebury production of Tchaikovsky’s “Maid of Orleans.”

Tchaikovsky celebrates the heroic Joan of Arc in his opera “Maid of Orleans,” being presented by the Opera Company of Middlebury in four performances Oct. 1-9 at Middlebury’s Town Hall Theater.

Mezzo-soprano Annie Rosen, who made her Metropolitan Opera debut last year, is Joan of Arc in the Opera Company of Middlebury production of Tchaikovsky’s “Maid of Orleans.”

When Annie Rosen plays the role of Joan of Arc in the Opera Company of Middlebury production of Tchaikovsky’s “Maid of Orleans” next week, few audience members will have anything to compare her performance to.

“It’s true!” the mezzo-soprano said. “I don’t know the last time it was done in North America, certainly. It depresses me that it’s so obscure because of how good it is.”

Although Tchaikovsky called it “my masterpiece,” OCM Artistic Director Douglas Anderson didn’t know the seldom-performed opera — until he heard the overture on the radio.

“The overture is astonishing and heroic and wonderful and raises the hair on the back of your neck,” he said.

“I always have with any opera what I call the rewind test,” Anderson said. “If there’s something in it I rewind because I want to hear it again, I know it’s a possible opera for OCM. And I listened to that overture three or four times thinking, if the rest of the work is this majestic and interesting, I’m going to want to check it out. Of course, I did.”

“It’s so good that I asked my lighting designer Neil Curtis to light the ‘band,’ the orchestra, because I want to focus on the seven minutes that get us off to that thrilling start,” Anderson said.

The production will be fully staged and be sung in the original Russian, with English supertitles. Music Director Michael Sakir will conduct the 25-piece OCM orchestra.

Tchaikovsky’s “Maid of Orleans” premiered in 1881 at the Mariinsky Theatre in Saint Petersburg, Russia. The libretto is based on several sources, primarily Friederich Schiller’s “The Maid of Orleans,” and is the composer’s only opera in the style of French grand opera.

Saint Joan of Arc (c.1412-1431), nicknamed the “Maid of Orleans,” was an illiterate teen peasant girl, believing she was acting under divine guidance, led the French army in a victory that repulsed the British attempt to conquer France during the Hundred Years’ War. A year later she was captured, tried and burned at the stake as a heretic by the British and their French collaborators. Twenty years later a Papal investigation ruled Joan’s trial illegal, and voided the conviction. She was canonized as a saint in 1920 and remains a French national heroine.

Tchaikovsky’s “Maid of Orleans” romanticizes Joan’s story, as well as taking some freedom with the facts, just as virtually all historical operas do. Most notably, Joan is given a love interest, apocryphal, of course.

And Anderson knows what he is talking about: he was once one of the writers on the CBS soap opera, “The Guiding Light.”

For example, King Charles VII (tenor James Flora) is hiding from the war, and his queen, Agnes Sorél, (soprano Meredith Lustig) is pushing him.

“I’m making contemporary references to this power couple that’s losing its grip,” Anderson said. “And I find that the Archbishop (bass Isaiah Musik-Ayala) is the villain in all of this. He can’t believe that a girl did this, because women are worthless in society. He’s out to get her from the start.

“We’ve got a wonderful web of relationships we’re talking about in rehearsal,” Anderson said. “When you take the time to do it that way, not just ‘park and bark,’ it becomes a really interesting piece, pertinent.”

Anderson’s biggest issue in casting was finding the right mezzo.

“We found Annie Rosen, who made her debut at the Metropolitan Opera last year,” Anderson said. “She’s sort of diminutive — and fierce.”

Rosen acknowledged the historical discrepancies, but reminded that this is opera.

“I think she’s a fascinating character in this show — tough, vulnerable and human,” Rosen said. “Focusing on her humanity rather than divinity, the opera does quite well.”

Vocally, Rosen finds the role as heroic as the character.

“It’s quite well-written,” she said. “It’s clear Tchaikovsky knew what he was trying to do and he knew how to go about doing it. That said, heroic is a good word. This is a tough role. It sits quite high, but it also has some low extremes. It’s very dramatic, and it’s raw — it’s quite relentless.

“These are all challenges you’ve got to rise to,” Rosen said. “But it’s so gorgeous.”

Rosen is enjoying that it’s a period production, largely faithful to the Medieval times, when it is set.

“That said, I know that Doug is putting in some of his own spin on it that I think might be unexpected. I love what he’s bringing to it,” Rosen said. “He’s pretty invested in focusing on Joan as a human being — as a person who’s fallible, young and has a lot going on.”

Anderson sums up the biggest attraction of the opera: “What if a 19-year-old high school girl was suddenly visited by the Virgin Mary and told she has to lead the U.S. Army? That’s actually what happened to this farm girl.”

At least the people putting on this opera admit it's fiction, and the article's description of Joan of Arc is consistent with the consensus among historians who specialized in the subject; but one of the cast members clamed Joan of Arc "led" the army which isn't exactly true since the Royal military records and eyewitness accounts show there was always a nobleman in command.