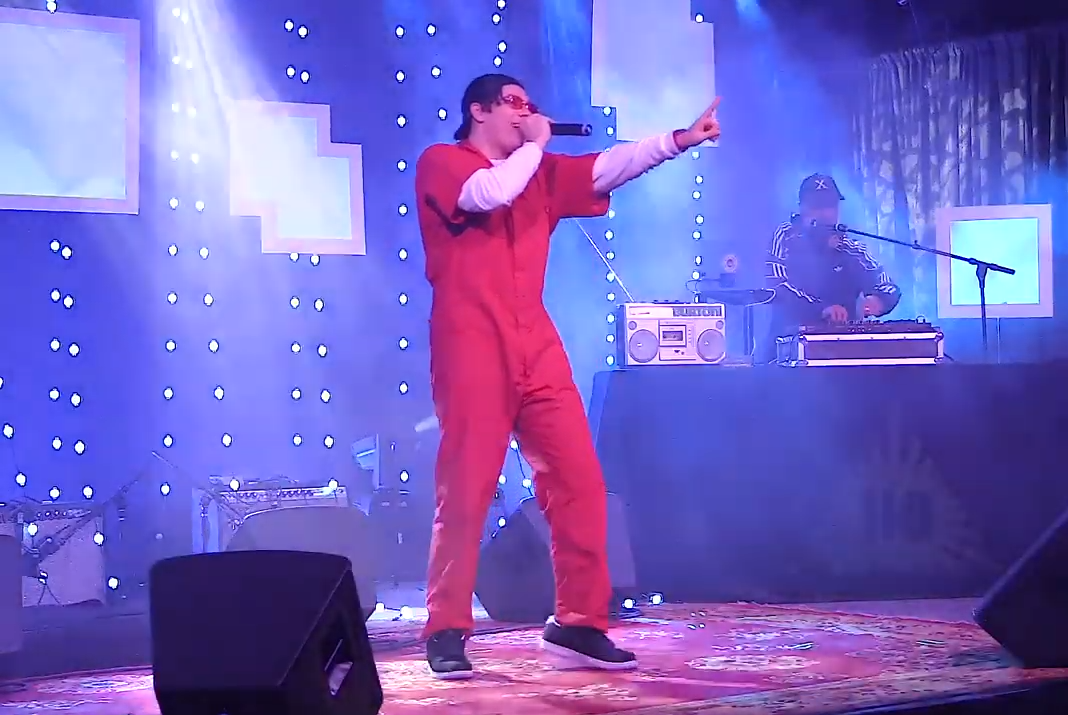 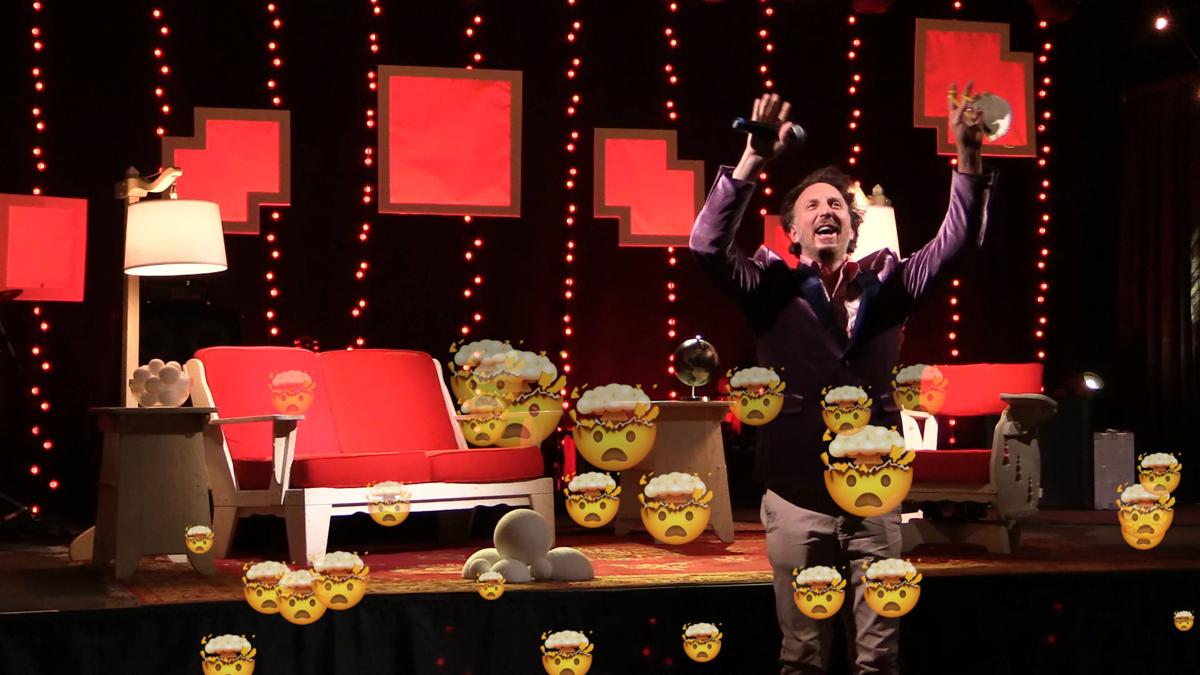 Ryan Miller, best known as the lead singer of the band Guster, hosting “The Comments Section.” 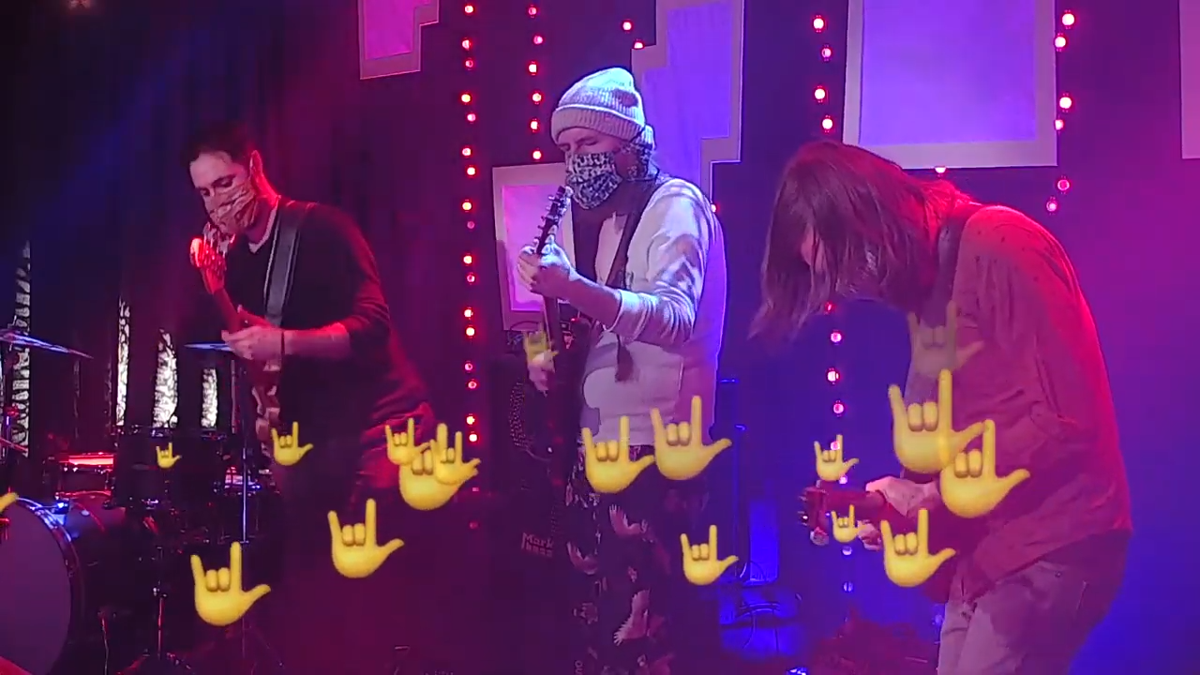 The Mosaic Band, a five-piece group, serves as the house band on “The Comments Section.” From left are: bassist Josh Weinstein, guitarist Bob Wagner and guitarist Rob Compa. Wagner created the show. 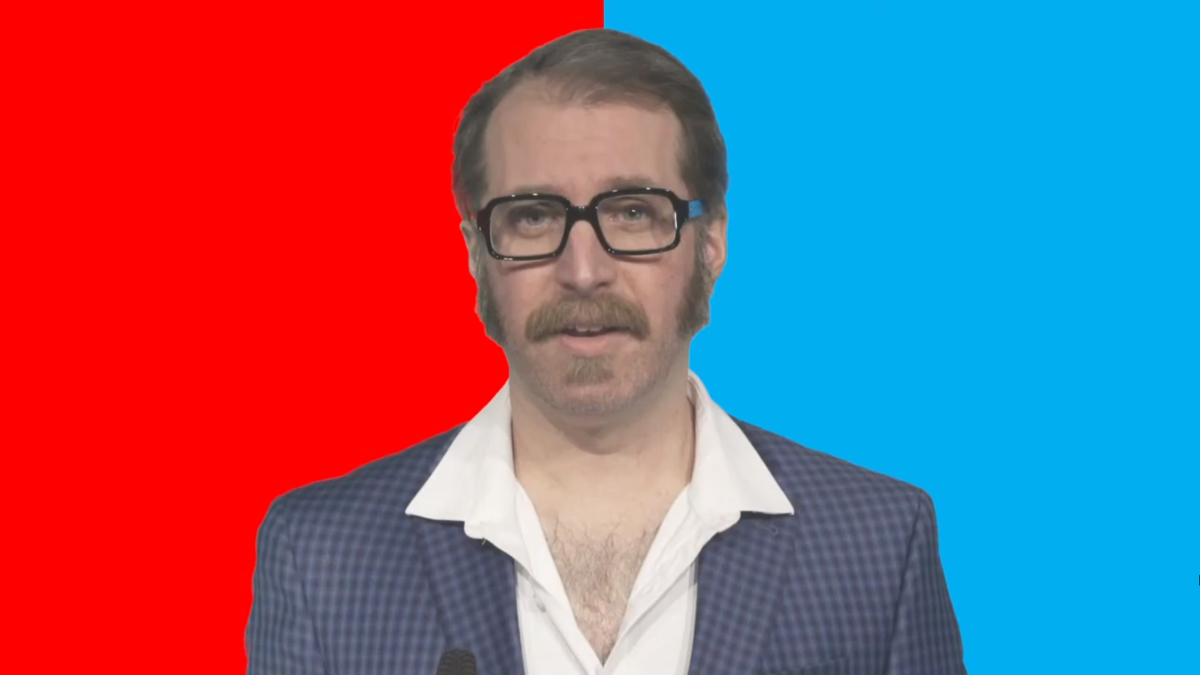 Matt Hagen, best known as the leader of surf rock band the High Breaks, appears weekly as a quirky unlicensed meteorologist in “The Whether, You Like it or Not.” 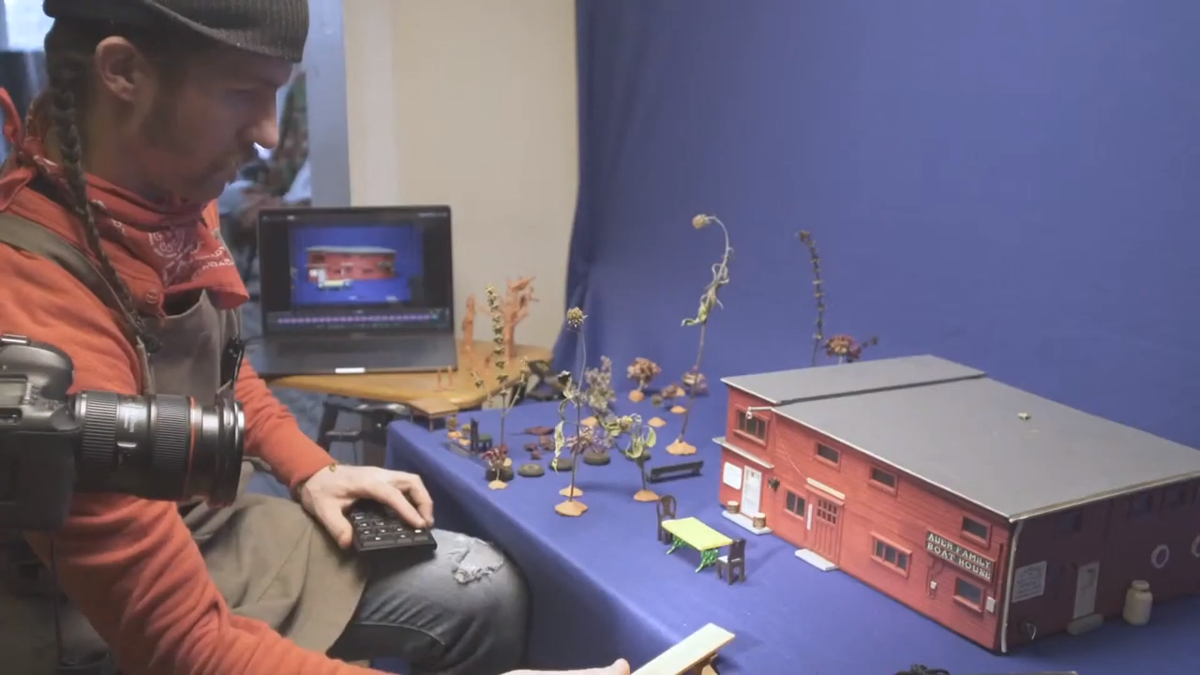 Burlington-based filmmaker Myles David Jewell, who edits “The Comments Section,” is featured in episode four of the series.

Ryan Miller, best known as the lead singer of the band Guster, hosting “The Comments Section.”

The Mosaic Band, a five-piece group, serves as the house band on “The Comments Section.” From left are: bassist Josh Weinstein, guitarist Bob Wagner and guitarist Rob Compa. Wagner created the show.

Matt Hagen, best known as the leader of surf rock band the High Breaks, appears weekly as a quirky unlicensed meteorologist in “The Whether, You Like it or Not.”

Burlington-based filmmaker Myles David Jewell, who edits “The Comments Section,” is featured in episode four of the series.

“It felt so good,” said Josh Panda on episode four of “The Comments Section,” referring to his live performance at South Burlington’s Higher Ground on the new weekly web series that kicked off earlier this month and runs through March 23.

“I love looking at musicians’ faces and feeling the energy on a stage,” said the Burlington singer-songwriter. “It’s what I live for, and my cup has been empty. So being here tonight meant everything to me.”

To say that Vermont musicians and music lovers are starved for live entertainment would clearly be a major understatement. And while “The Comments Section” is still web-based, the impressive variety show delivers a live vibe along with high-quality sound and video production.

In addition to Panda, the series has already featured such Burlington-based artists as singer Craig Mitchell, singer-songwriter Ryan Montbleau and rising MC Rivan C. (aka Rivan Calderin). There have also been compelling “State of the Arts” spotlights on artist Sarah Ryan, guitar maker Adam Buchwald and filmmaker Myles David Jewell.

Hosting the show is the imitable Ryan Miller of Guster, a follow-up of sorts to the acclaimed live music series “Bardo: A Night in the Life,” a collaboration between Vermont PBS and Higher Ground that the Burlington-area resident also hosted. And Matt Hagen, best known as the leader of surf rock band the High Breaks, appears weekly as a quirky unlicensed meteorologist in “The Weather, You Like it or Not.”

Burlington guitarist Bob Wagner, best known as a core member of Kat Wright’s band, created the show — which he calls “an experiment in pandemic entertainment” — in collaboration with Higher Ground.

“It’s us throwing paint at the wall, and it’s a time capsule,” he said in a news release. “But above all, it’s an opportunity to bring a little light to the darkest months of winter by celebrating the best of Vermont.”

“The Comments Section” follows on the heels of “Forevergreen: A Vermont Adventure in Music,” a virtual concert series created by Higher Ground and the Vermont Department of Tourism and Marketing. Each of the five episodes, which ran Dec. 26 to Jan. 16, featured a performance from the stage at Higher Ground filmed using a sizable amount of rented camera equipment.

Wagner said that he and Higher Ground co-founder Alex Crothers had been discussing a possible video project collaboration for years, but busy schedules had prevented anything from coming to fruition. When Crothers asked him if there was anything he wanted to do, Wagner suggested “a weekly music talk show,” adding: “I don’t know how we do that during a pandemic, but let’s figure it out.”

Crothers quickly lined up sponsors for an eight-episode series, and “The Comments Section” was born.

“This is the kind of thing I really love,” said Wagner in an interview Wednesday, “because I get to connect with people through all these different lenses: working with artists directly to perform with them, working as a band leader or collaborative liaison between them and a live band, working on video elements, and working on all the different things that go into the show.”

“I love having something that’s really all-inclusive like that,” he added. “That’s something I’ve always wanted to do.”

Wagner, 40, also performs during the show with the Mosaic Band, his five-piece group that serves as the show’s house band.

Shows are filmed on Sundays, edited on Mondays, and broadcast on Tuesdays. The high-quality production is due in large part to a talented behind-the-scenes team that includes lighting technician Jason “Liggy” Liggett — who’s worked on “Saturday Night Live” for more than five years — and filmmaker Myles David Jewell, who edits the show. Both now live in Burlington, following years of spending most of their time in New York.

“It’s definitely like a perfect storm of collaboration,” said Wagner. “We have all these awesome people who have a lot more flexibility with their schedules than they ever normally would.”

Wagner said the pandemic poses challenges in terms of booking, which is mostly done on a weekly basis. “Everything is still touch and go, obviously, with COVID,” he said. “We’re maintaining the strictest protocols that we can to make sure we’re putting on a safe show.”

“We’re going to have to go week by week and just hope to put out the best shows that we can,” said Wagner. “I just want to put out four more good shows with good artists and good music.”

“The Comments Section,” a web series presented by Higher Ground of South Burlington, airs Tuesdays at 8 p.m. through March 23 via Higher Ground’s YouTube, Facebook and Instagram pages. Episodes are free to watch and are archived on their respective pages.