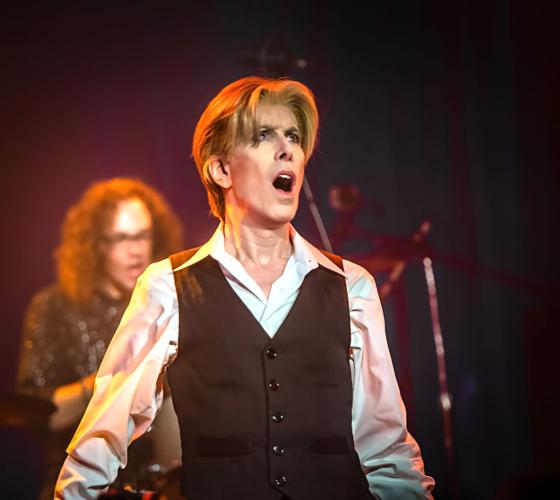 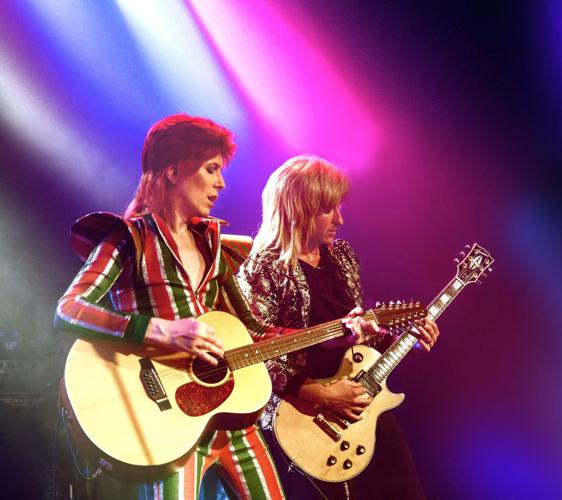 Fans of the late David Bowie take note, “Space Oddity: The Ultimate David Bowie Experience,” comes to the Barre Opera House on Friday, Sept. 30, for an 8 p.m. performance. This show is one of the best tribute acts around. This band, created in 2001 and led by David Brighton, delivers a note-for-note theatrical concert event, which follows Bowie’s ever-changing career transformations from space-age rock idol, to polished mainstream media star in a career that spanned 49 years from 1967 to his passing in 2016.

Brighton’s performance is a step-by-step, song-by-song and costume-by-costume clone of Bowie. Brighton, also an Englishman, has an uncanny resemblance to Bowie, which should have the audience wondering whether they’ve entered a time machine and transported back to an actual Bowie concert.

Such a well-honed unit as this has garnered a lot of praise for their performances.

“David Brighton has the voice, moves and look to actually step in for David Bowie if he were unavailable and few would ever know. Experiencing Space Oddity made for a truly remarkable evening,” said Harry Maslin, the producer of David Bowie’s Young Americans and Station to Station albums, sometime before 2016.

Brighton’s credits include performing side by side with David Bowie himself in the TV commercials for Vittel Mineral Water and for Reality, Bowie’s CD. Brighton was cast to portray David Bowie in the Warner Brothers feature film, “The Watchmen.” He also appeared as David Bowie on VH-1 television.

For those less familiar with this chameleon of a performer, David Robert Jones, known professionally as David Bowie (Bowie was taken from the American historical figure Jim Bowie of Bowie knife fame) was an English singer-songwriter and actor. He was a leading figure in the music industry and regarded as one of the most influential musicians of the 20th century. Bowie was acclaimed by critics and musicians, particularly for his innovative work during the 1970s. His career was marked by reinvention and visual presentation, and his music and stagecraft had a significant impact on popular music.

Bowie invented “glam rock,” and the flamboyant and androgynous character Ziggy Stardust. He also was an actor appearing in several movies, including the 1976 cult film “The Man Who Fell to Earth.”

During his lifetime, Bowie’s record sales, estimated at more than 100 million records worldwide, made him one of the best-selling musicians of all time. In the United Kingdom, he was awarded 10 platinum, 11 gold and eight silver album certifications, and he released 11 number-one albums. In the United States, he received five platinum and nine gold certifications.

He was inducted into the Rock and Roll Hall of Fame in 1996. Rolling Stone magazine ranked him among the greatest artists in history. As of 2022, Bowie was the best-selling vinyl artist of the 21st century.

In an interview for the Toledo City Paper in 2018, Brighton discussed his work as Bowie.

“Tapping into the intuitive side of my brain is so key,” Brighton told the newspaper.

“It is interesting and very strange trying to be someone else. It was not my plan. But we’re in this insane world of celebrity impersonation fun. We present the show as if you are actually watching the band … we are presenting an illusion.

The interviewer wrote that Brighton “also mentions that the toughest thing to do while performing is THINK. When he speaks of the cultivation and activation of the intuitive side of the brain, it is to avoid the thinking process and bypass it to a place where the action just becomes something else entirely. Because thinking is what causes mistakes. Bowie’s greatness came from his creative flow.”

According to Craig Hammons, “The show was amazing. Space Oddity is more than a concert paying tribute to the greatest musician and rock star ever, it takes you back to every era of Bowie’s career. David Brighton brings Bowie to life with his singing, dancing, mannerisms and costumes. He is the Starman, Ziggy and the Thin White Duke.”

Scott Weisenfeld wrote, ”I was lucky enough to see David Bowie a number of times and David Brighton and his band really captured the spirit. Hearing the songs and how they still reach me was amazing. I thought the performance, musicianship and stage presentation made a fantastic evening.”

According to the LA Review, “David Brighton’s charisma keeps the audience mesmerized and his vocals are flawless … His likeness to Bowie is eerie … The crowd actually gasped in amazement as he took the stage ... you wondered if it wasn’t really Bowie himself … What Brighton and band give is nothing short of the opportunity to go back in time …”