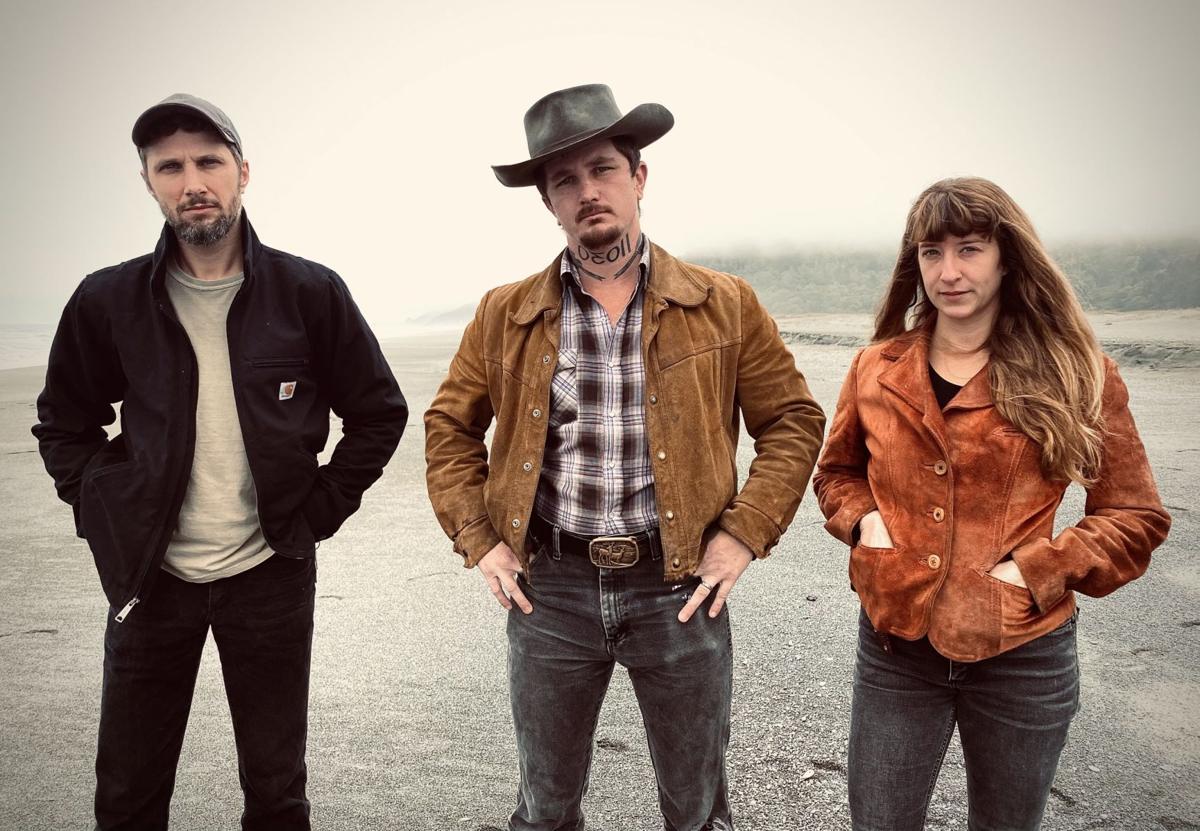 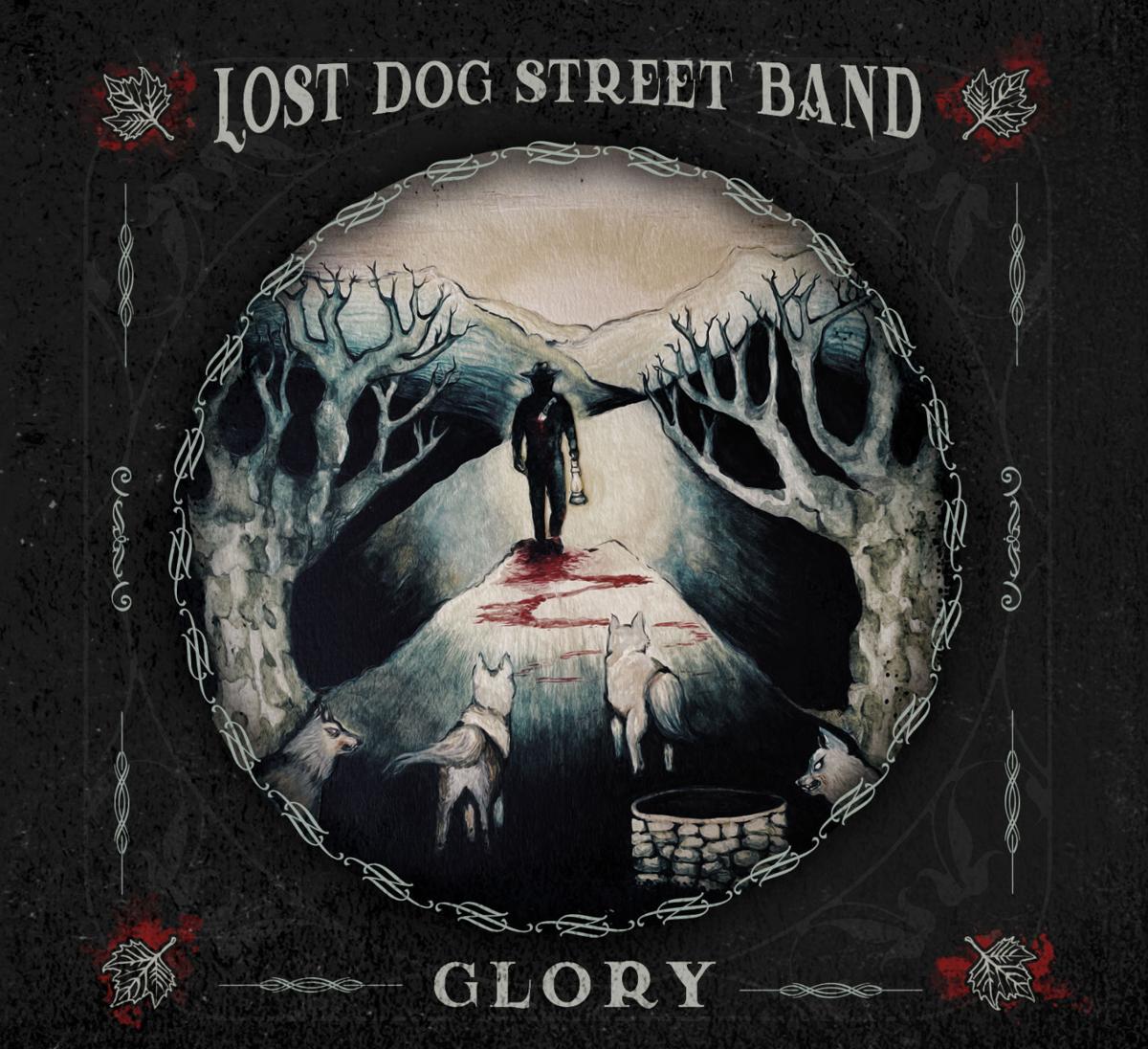 “They say it ain’t easy I know that’s the truth,” sings Lost Dog Street Band front man and songwriter Benjamin Tod on the chorus of “Until I Recoup (Glory 1),” the harrowing, autobiographical opening tune on the band’s new album “Glory.”

“That hard-livin’ crown looks foolish on you / No, I ain’t leaving until I recoup / The glory I pissed away in my youth.”

The spare yet captivating acoustic set draws on Tod’s personal experiences with addiction, a feeling he describes as “climbing out of Hell.”

“Something that was shocking to me was realizing that as soon as I got sober, that was really the beginning of the journey,” he says in a news release. “Choosing to get sober was barely even a milestone.”

“Glory” marks a decided return to the band’s stripped-down string band sound of their busking years, after Tod and his wife, fiddler Ashley Mae, formed the DIY band a decade ago on the sidewalks of Nashville. The trio includes bassist Jeff Loops.

“I wanted to make an album with the specific intention of being raw but full at the same time, and to get back to our roots,” says Tod. “Everyone on this album has been a busker. That flavor was important to me.”

Tod, 31, who was raised just outside of Nashville in Sumner County and primarily raised by his grandparents, started getting interested in folk music and protest songs with a friend at age 14, which led him to start busking on the streets of Nashville.

Mae, who tapped into punk as a teenager in Rapid City, South Dakota, started spending more and more time in Nashville, where her mother worked the overnight shift at a local rock station. She met Tod at a punk show, bonded immediately, and the two hit the road at age 17 for a life of street performance and train hopping.

After four years of barely scraping by, Tod decided to bail on the band in 2016. “I’d been a hardly functioning drug addict and alcoholic for over a decade,” he said. “I was sick of the lifestyle and it seemed like it was going nowhere.”

Enter standout roots trio the Devil Makes Three, which — out of the blue that same year — invited Lost Dog to open a tour for them. “Without that,” says Tod, “Lost Dog never would have moved forward at that point.”

Following that tour, though, Tod and Mae separated for a year and a half, killing the momentum they’d gained. Tod released a solo album, 2017’s “I Will Rise,” and the couple reunited to record Lost Dog’s 2019 album, “Weight of a Trigger.”

The latter “feels old but not outdated,” according to Americana Highways, which called it “an album filled with songs you would have heard back in the hollers and front porches of Appalachia a century ago.”

“Glory” finds Lost Dog having its day, sounding more assured than ever with deeply personal songs that resonate with unflinching lyrics and perfectly sparse instrumentation. It all adds up to a quietly potent set that’s both cathartic and compelling.

The steady-driving “Fighting Like Hell to Be Free” takes listeners on a spirited ride with lines like, “I’ve wasted my time on cheap thrills and quick money schemes” and “I’ve spent my last dime on a high for a moment of relief.”

The beautifully languid “What Keeps Me Up Now” is another standout tune that poignantly chronicles intrusive thoughts on sleepless nights, hopelessness and a failed suicide attempt.

Ditto the melancholy heartbreaker, “Jalisco Bloom,” an ode to Tod’s heavy consumption of tequila during the last few years of his full-time drinking. “I wanted to create a song that worshipped the god of agave and the misery of being a drunk,” says Tod in a video performance of the song.

Brightening things up a bit is “End With You,” a pretty, Decemberists-like love tune buoyed by Mae’s fiddle work and subtle backing vocals. And “Cost of the High” is a catchy highlight about the fallout of addiction.

“It’s very personal for me, the concept of digging out of hell, because I had to do that to gain my own dignity back,” says Tod. “Everything follows after that. You have to earn your own respect before you earn it from anyone else.”