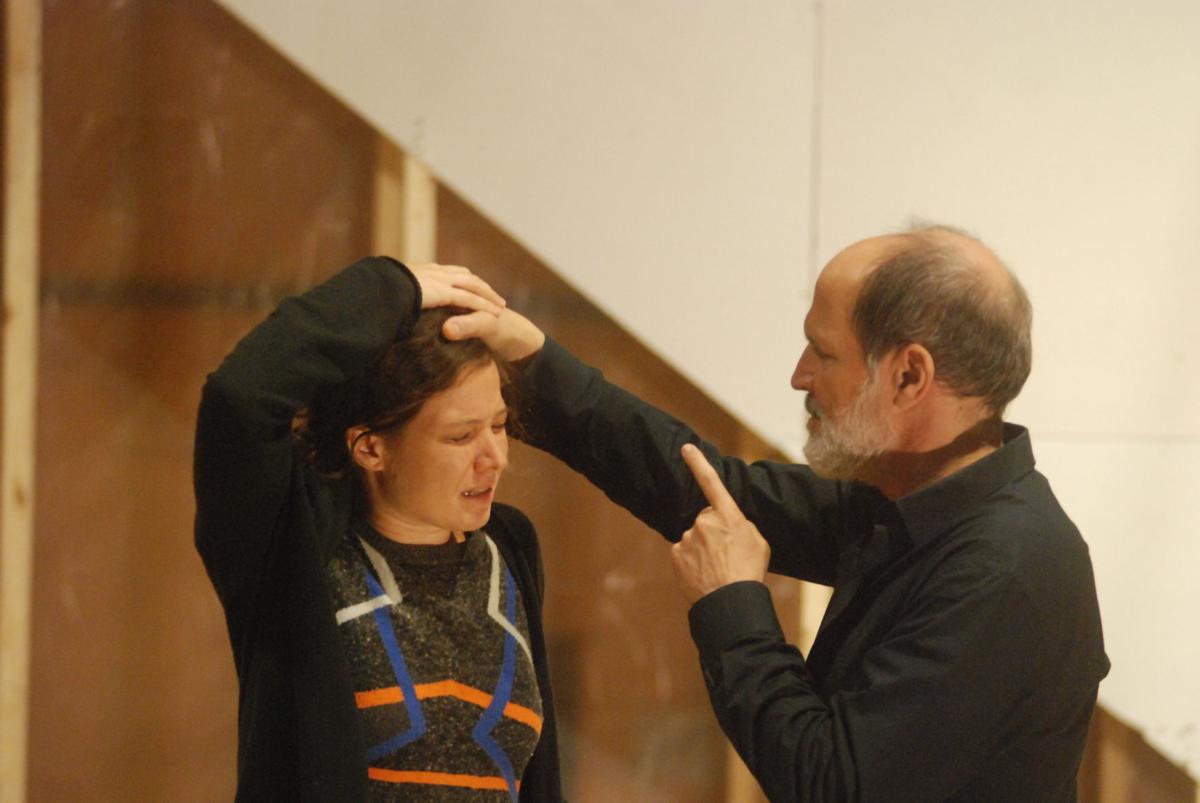 Molly Carden as Rifkele is confronted by Marcus Neville playing her father over her recent tryst with another woman in rehearsal for the Weston Playhouse production of “Indecent.” 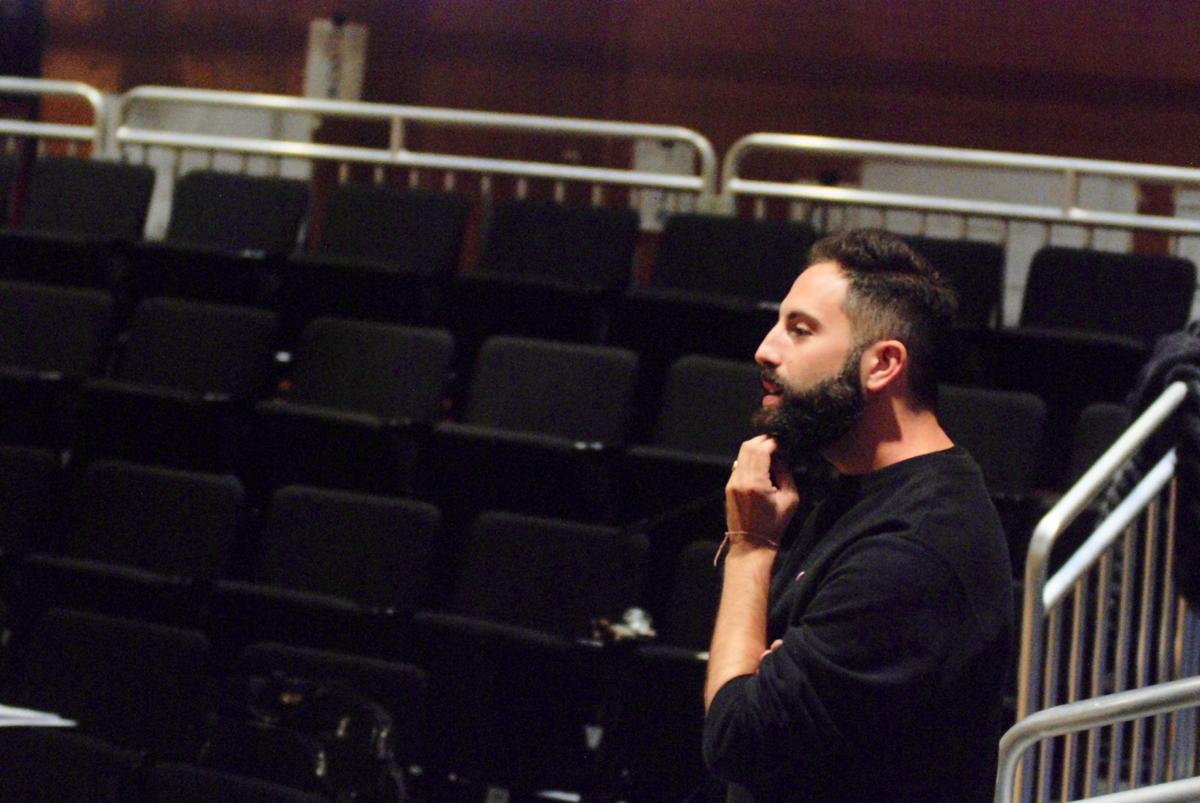 Molly Carden as Rifkele is confronted by Marcus Neville playing her father over her recent tryst with another woman in rehearsal for the Weston Playhouse production of “Indecent.”

“God of Vengeance,” Sholem Asch’s 1906 Yiddish play about the love between a prostitute and the daughter of the brothel’s owner, was a success in Europe and even Off-Broadway in New York City. But, opening on Broadway in 1923, it was shut down and the entire cast charged and convicted of indecency. In 2017, playwright Paula Vogel’s recounting of the controversy, and its ramifications, “Indecent,” opened on Broadway.

“I want people to feel the immediacy of this play,” explains Jordan Fein, who is directing the upcoming Weston Playhouse production.

“It spans a lot of years, but there’s not a moment in this piece that doesn’t feel like it could be happening now. I really want that divide between then and now to just disappear.”

“Very smartly, Paula Vogel decided not to bog the audience down with ‘God of Vengeance’,” Fein said between rehearsals. “The thing we take away and that we know is that ‘God of Vengeance’ is about the great love between these two women. I think she does a really good job of telling us just enough that we’ll understand the import of the play at its time.”

“Indecent” tells the story of the play “God of Vengeance” through the theater troupe — actors and musicians — performing it at its various stages. From its first readings in Poland, it is controversial to players and audiences alike, but attracts with its irresistible humanity. The play finds its way to Berlin, where the troupe is joined the famous actor Rudolph Schildkraut with Lemml, a tailor, becoming the stage manager.

The play finds initial success in New York for in Yiddish but, seeking, commercial possibilities, an English version is created. Here, the compromises begin, some causing friction among the cast. For Broadway, the producer demands removing the love scene, the “Rain Scene,” between the two women, suggesting the innocent Manke is seduced into prostitution.

“Whether she actually said it or not, the actress who plays Manke, who is the prostitute, comes in and says it reduces me to a pimp, basically, stealing this pure woman,” Fein said. “The beauty of the play is that these women are consenting (and in love).”

“Indecent” doesn’t end with the Broadway brouhaha, but takes the play back to Europe for the rumblings of World War II and the Holocaust.

“Quite literally, in the last scene, they’re performing the play in a Polish ghetto in an attic,” Fein said. “Even in a situation like that, which to me is unimaginable right now, I feel deeply connected to it, given my identity.”

In preparing “Indecent,” Fein and the cast read “God of Vengeance” together the second day of rehearsal.

The story is told through a series of vignettes, with characters changing.

“There’s just so much to do between the scenes, the music, the dance, and there are so many characters,” Fein said. “You have to work slowly, methodically. It’s like a tapestry — all of the threads have to be strong in order for it to work.”

“Seeing those 11 humans walking into that room and tell this story of ‘God of Vengeance’ is this play,” Fein said. “My driving force for this production is that we do it with as little ‘stuff’ as possible. There are props, there are some things, but I really, really, really want it to be about these actors and these musicians.”

The intimacy of Weston Playhouse at Walker Farm, the company’s new theater, helps facilitate this.

“The thing that’s really special about this production is that it’s thrust (with audience on three sides), but the house is maybe 200, so we all get to feel like we’re in this room together. There’s very little divide between what’s going on on stage and the audience.

“The play is so much about what it is to be in a room with other humans,” Fein said. “For our purpose, the audience being implicated can elevate the play.”

And, unusually, Fein asks of his actors that they play themselves.

“The characters in this show are actors putting on this show,” he said. “No one knows better than these actors what that is.”

And Fein hopes that power of theater might provide some insight for our time.

“There’s so much cynicism, and I feel it,” he said. “But through the character of Lemml, one of the few fictitiously imagined humans in the play, Paula Vogel really explores her devotion to theater and its power — and why it’s necessary.”