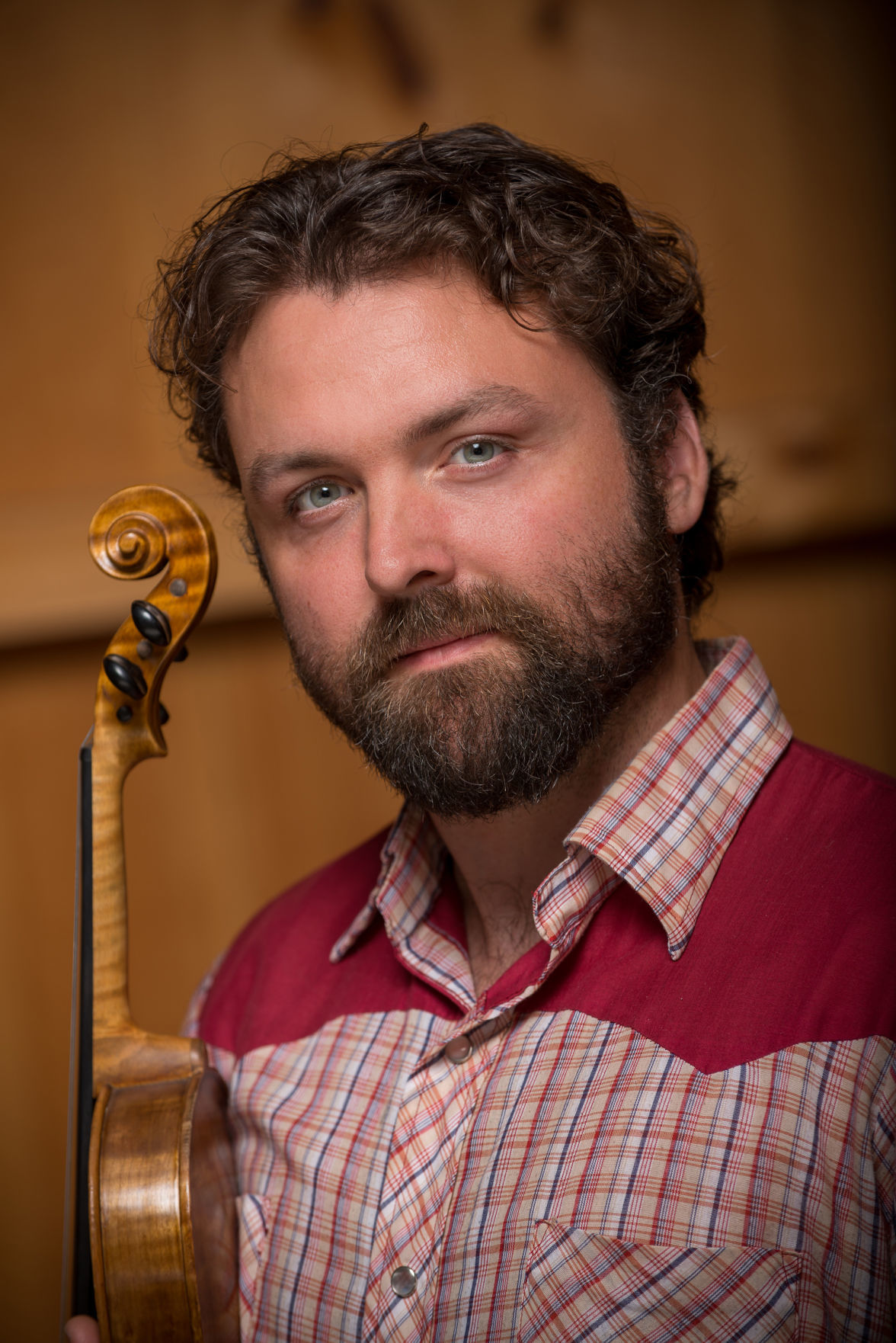 Patrick Ross, a fifth-generation Vermont fiddler, will be joined by the Kowal Family Bluegrass Band in a Jan.19 in Cabot. 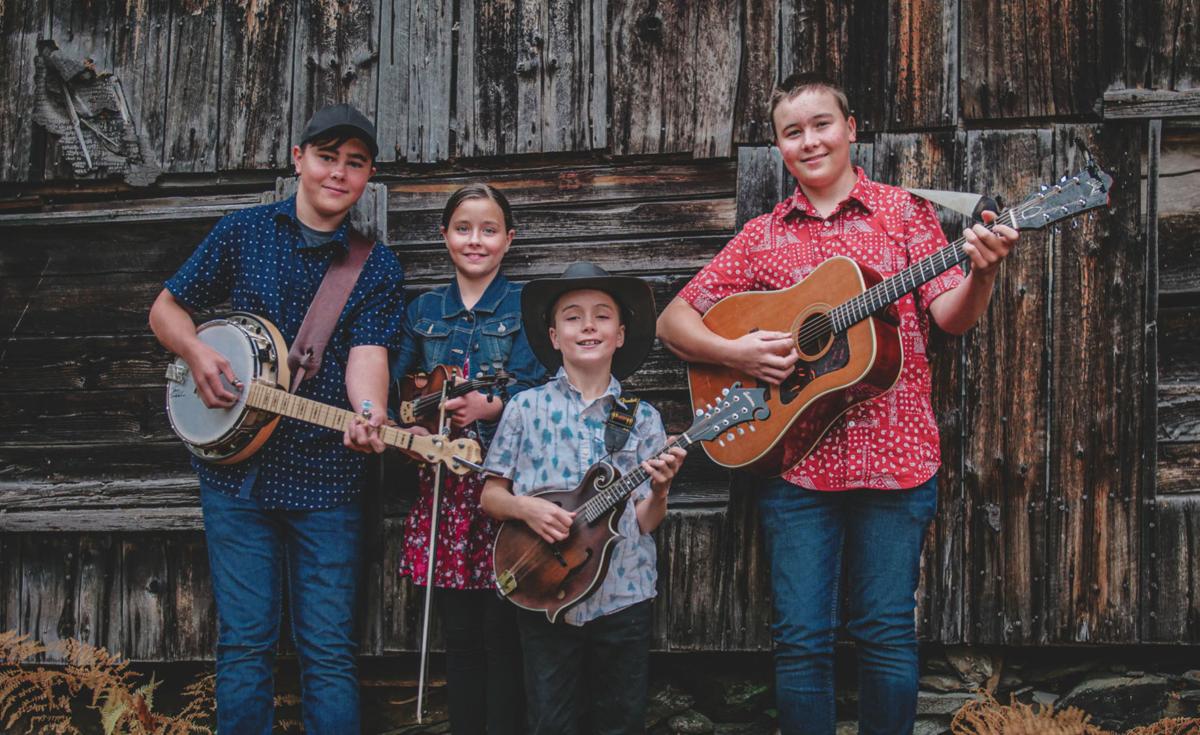 The Kowal Family Bluegrass Band is mentored by Patrick Ross.

Patrick Ross, a fifth-generation Vermont fiddler, will be joined by the Kowal Family Bluegrass Band in a Jan.19 in Cabot.

The Kowal Family Bluegrass Band is mentored by Patrick Ross.

Patrick Ross, who has made a name for himself as an extraordinarily talented multi-instrumentalist and singer-songwriter, will perform at 4 p.m. Sunday, Jan. 19, in Cabot, at the Willey Building, 3084 Main St., for Cabot Arts. Joining Ross will be The Kowal Family Bluegrass Band, four youngsters with a bright future in music.

Ross, who hails from Canaan, has been performing professionally since age 19, when he joined Smokin’ Grass, a Vermont bluegrass band that blended elements of folk and roots rock. Since then and now in his mid 30s, Ross has toured with a variety of music ensembles, worked in Nashville with a Celtic band, played several styles from bluegrass to jazz, performed at the Kennedy Center for the Arts in Washington, D.C., and established himself as one of Vermont’s top session musicians. He tours the state regularly, has started an annual music festival and opened his own recording label, Rock Farmer Records.

Ross first started playing fiddle at the age of 5. While he is known for his dazzling fiddle playing, he is also a fine singer who admits that “For the longest time I never thought of myself as a singer.”

Ross eventually learned in high school that he could sing. “I found out that I could leave school and go on trips with the music department if I signed up for band or chorus. I didn’t play what was considered a band instrument, so I joined chorus. Come to find out, I had a good ear for harmony because my mother made me go to church as a boy.”

“Music was a huge part of my family growing up,” Ross said in an interview in 2014 with Vermont Arts Correspondent Janelle Faigant. “I took to it naturally.”

Ross is a fifth-generation fiddle player whose father and grandfather both played. He grew up near the Canadian border, and his grandparents came from Quebec, where there’s a strong tradition of fiddling.

The enthusiasm for fiddling his father instilled in him began to pay off as Ross caught the attention of Smithsonian Folkway Records, which came to Canaan, documenting regional folk music when Ross was 12. They recorded him on the front porch of his family’s home.

Fiddling gave Ross an entrée into the music world and he’s done well with the instrument. He won the Vermont State Fiddle Championship at age 14. He has performed at the Grand Ole Opry in Nashville and shared stages with Willie Nelson, Johnny Cash and Paul McCartney. He now lives in Newbury with his wife and daughter.

Always busy, Ross performs with The Fellers with Rusty DeWees and guitarist Doug Perkins, the bluegrass band Mountain Money, and bands Hot Flannel and Atlas Key. His solo concerts include a worldwide range of fiddle styles as well as songs he has written performing on guitar, banjo, mandolin and cello.

For the Cabot show Ross will perform mostly solo, although he will include each of the Kowal youngsters in his act. He has taken these young musicians under his wing recently.

Ross has received praise from Robert Resnik at VPR. “It’s not just the technical expertise or the mastery of an amazing variety of styles that puts Vermont fiddler Patrick Ross several steps above and beyond practically all other players; Ross’s eclectic taste and raw energy make sparks and create musical magic every time his bow hits the strings.”

Rusty DeWees has said of Ross, “Equal to or perhaps beyond Patrick Ross’ virtuosic command of the fiddle is the easy and entertaining style in which he commands a performance. I’m blessed to have shared his stage.”

The Kowal siblings from Groton started playing together as a band about a year ago. They are mentored by Ross and bluegrass musician Bob Amos. The band came together purely to have fun and play some bluegrass music but has started to perform out, including at First Night St. Johnsbury on New Year’s Eve.

“I’ve long wanted to work with Patrick,” said Cabot Arts Executive Director Dana Robinson. “You might say he was next on my list. Patrick falls into the sweet spot of being local and also of incredible quality and talent.”