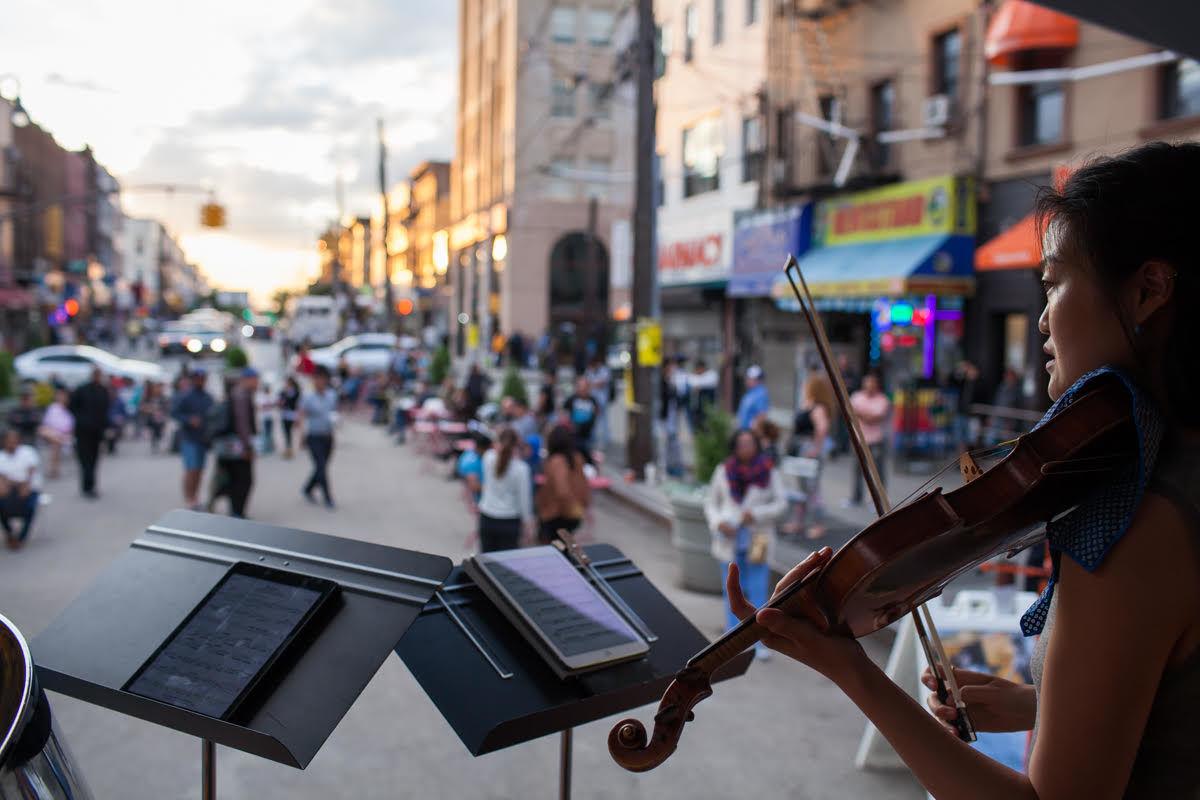 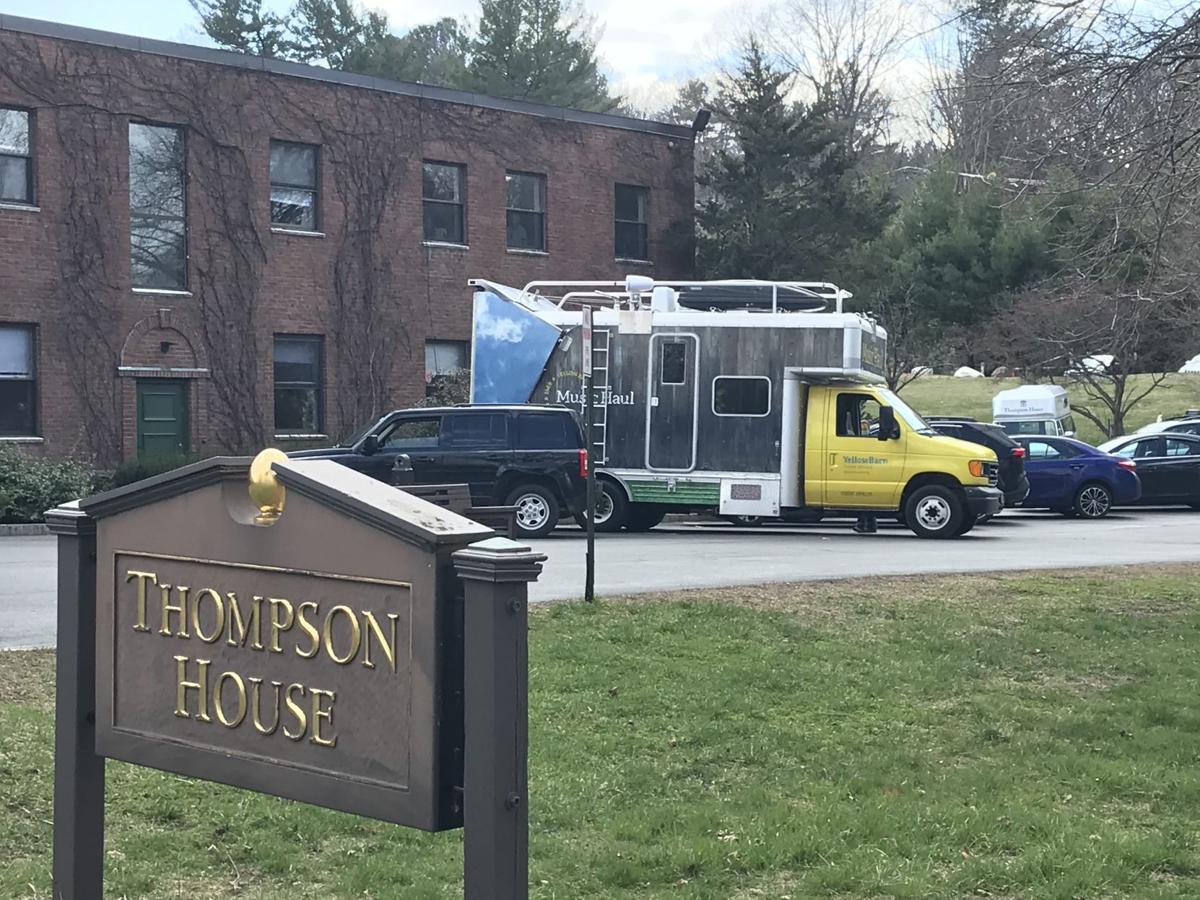 Few arts organizations were prepared for COVID-19, but Putney’s Yellow Barn Music Festival found itself poised to perform. It had built its Music Haul on an old U-Haul truck in 2015, creating a flexible performance stage and vehicle to project recorded music. A banner on top says it all: “Music Is Essential.”

“After the 2016 election, we played music in downtown Brattleboro,” explains Seth Knopp, pianist and Yellow Barn artistic director by Zoom.

“People sat and listened and we could tell that there was something they needed to hear,” he said. “It wasn’t necessarily a protest, but it was kind of finding oneself inside again. Music is such a wonderful vehicle for that.”

With the current health crisis, Music Haul is answering the call again.

“We’re playing for food drops and assisted-living facilities, for individuals, lines of people at stores like the Brattleboro Co-op and the Putney General Store,” he said. “People can be taken away for a moment and find hope in themselves.”

But there’s a more personal reason as well for Knopp and his wife Catherine Stephan, a cellist and the festival’s executive director.

“We’re also finding that Music Haul for me, Catherine and Yellow Barn can feel helpful without speaking a word — just playing music, which is what we do best,” he said.

Yellow Barn Music Festival, founded in 1969 by cellist David Wells, is one of Vermont’s foremost summer chamber music festivals. But through the years it has grown past the summer season to feature residences — the country’s first for instrumentalists — and other programs throughout the year, and its reach around the United States.

Yellow Barn is one of the few festivals that haven’t canceled yet because of the pandemic. A decision is expected by mid-May.

“We haven’t decided which version of Yellow Barn is going to take place this summer,” Stephan said. “Music Haul will play a part undoubtedly.”

The idea for Music Haul came from a chance moment in New York City.

“I was watching people listen in while a technician worked on a piano (across the street) from Carnegie Hall,” Knopp said. “The door was slightly ajar and I noticed that people would stop and peek in. I realized that very often it’s difficult, let alone in that part of New York City, to stop and pay attention to an errant sound.

“I realized that it was a sound that wasn’t expected and wondered to myself if, after that initial curiosity, we could hold them in place with something that was truly artistic — that we might have a kind of opening that people might not necessarily be willing to take a chance on otherwise.”

Music Haul began with the purchase of an old 7-foot U-Haul in 2015, and an invitation to architect John Rossi, founder of VisibleGood, a Massachusetts-based company that specializes in rapid shelter deployment, to join the project.

With the help of industrial boat builders, it became a traveling concert venue for as many as six musicians, fully-equipped with interior and exterior performance spaces, a high-quality internal/external sound system, video capabilities and climate-controlled passenger and storage areas, including storage for percussion, string instruments and a piano.

“We always refer to Music Haul as ‘she,’ because she’s basically a boat,” Stephan said. “The wrapping was created by graphic artist John Kramer with photos of our summer performance venue, the Big Barn.”

In fact, they see Music Haul as a performance barn.

“What makes it unique is that it is a complete concert venue,” Stephan said. “When it’s fully a stage, it has fantastic sound and it can take up to six musicians. … It’s really tricked out. We can deploy in about 15 minutes and immediately transform where we are to a concert venue.”

Music Haul made its debut at the Putney Central School and went onto a half a dozen other Vermont locations in 2015. It has traveled the country, appearing in major cities, including Baltimore, Boston, Dallas and New York.

While many performing arts organizations lie dormant during the pandemic, Yellow Barn looks to remain relevant.

“A time like this is a time that asks organizations to react creatively, and not to try to fit systems that are no longer valid in this moment, to try to create new ideas, new ways of communicating from performer to listener to music. I think that’s a really exciting challenge,” Knopp said.

But Yellow Barn’s delivering good music is about much more than its own visibility.

“I would say that Music Haul is political,” Knopp said. “There’s certainly something powerful that music has to offer. It can answer people’s needs in every way. It can provide solace to people.”