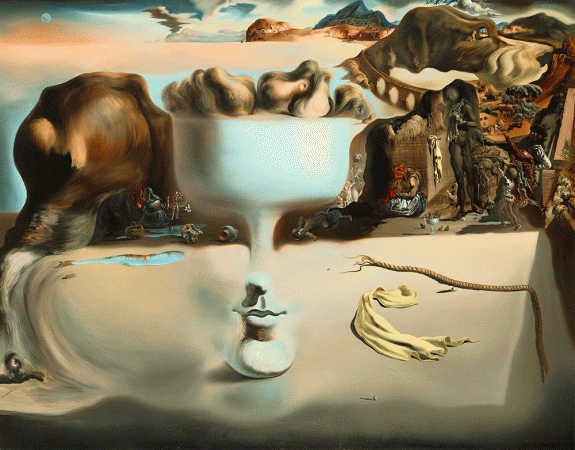 Salvador Dalí: “Apparition of Face and Fruit Dish on a Beach” (1938), oil on canvas. 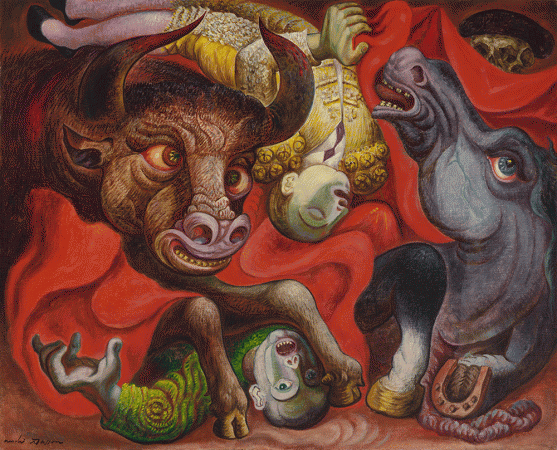 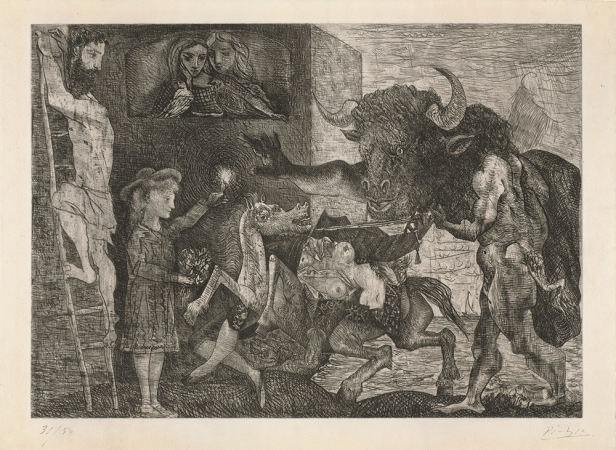 Salvador Dalí: “Apparition of Face and Fruit Dish on a Beach” (1938), oil on canvas.

Monsters have always lurked in our minds. The ancient Greeks had a long list of them including, among others, the mythological Chimera, a scary fire-breathing she-monster having a lion’s head, a goat’s body, and a serpent’s tail! Then, the Bible’s Old Testament brought us, for example, the story of Adam, Eve, and the serpent, and in the New Testament the book of Revelation has its fair share of demons.

At its apex during the Middle Ages, monsters provided important testimony to the active intervention of the divine in this world. They were usually half man and half beasts, and when philosopher and Church father Augustine (4th century A.D.) vouched for their existence, medieval theologians wasted no time propagating that notion, teaching that monsters were part of God’s divine plan and consequently, were widely used by the Church as a means to stoke fear into those faithful who did not obey its teachings.

In more progressive times, new insights informed by Sigmund Freud’s early 20th century groundbreaking theories about the subconscious mind, led to his understanding that the idea of monsters was grounded as projections of childhood’s traumas or fear of death. Monsters change; Unicorn, a mythical horse with a single horn on his forehead, that was part of the Medieval Bestiary (a “catalogue” of assorted monsters in that era), is understood today as a benevolent creature. Young children play with their friendly make-believe Unicorn toys and watch their Unicorn cartoons on TV — while adults do not talk about monsters, except in the safety of a psychotherapist couch …

The enlightening exhibition, “Monsters & Myths: Surrealism and War in the 1930s and 1940s,” is on view through Sept. 22, at the Frist Art Museum in Nashville, Tennessee. The choice of nearly 80 objects — mostly paintings and drawings — explore the powerful and unsettling images created specifically in response to the threat which arose as a response to Hitler’s rise to power and World War II.

The Surrealists borrowed attitudes and techniques from Dada, a European artistic movement that, during World War I (1914-1920) broke with conventional aesthetic and cultural values by producing works tainted by nonsense, travesty and incongruity. To this, the Surrealists added new insights informed by Freud’s groundbreaking theories about dreams and the subconscious mind.

Their portrayals of monsters, fragmented bodies, and other depictions of the grotesque are explored as metaphors for the threat of violence and fears and fantasies of unrestrained power. While these responses are marked by anxiety and distress, a surprising beauty can be seen in several of these works.

“The Emergence of Monsters” focuses on the symbolism of deformation fragmentation, and hybridity to reflect the inhumanity of war as well as individual psychological torment. “World War II” captures the emotional upheavals experienced by the artists during the years that proceeded, as well as during the early years of the war. The show highlights the brilliance and fertility of this period.

In “Tauromarchy,” 1937 (Andre Masson, French, 1896-1987), a large, menacing bull face depicted together with an upside down “torero” (Spanish for bullfighter) and a long-faced, distressed horse come together in a beautiful composition with a predominance of red that adds to the urgency and depth of the painting. In “The Syrian Bull” 1943 (Mark Rothko, Russian-born American, 1903-1970), the “bull” is actually not a bull, the animal, but a yellow creature with eight small feet, and an enormous, giraffe-like head. This is a rare, pre-famous Rothko, known by trademark free-floating rectangles — a unique composition that nowadays fetches millions of dollars in auctions.

The exhibition concludes with “Surrealism in the Americas.” As at the end of WW II Europe lay in ruins financially, emotionally and physically, many of the prominent European artists immigrated primarily to the United States. Among the artists that settled in this country were Max Ernst and Andre Masson. They influenced the American artists such as Jackson Pollock (1912-1956), Mark Rothko and Franz Kline (1910-1962), who ultimately created Abstract Expressionism, the first genuinely American art movement, as co-founders with others, of the so-called New York School in the 1950s. By then, New York had replaced Paris as the capital of the art world — and it has never looked back!

The Frist Art Museum presents “Monsters & Myths: Surrealism and War in the 1930s and 1940s,” through Sept. 29, at 919 Broadway in Nashville, Tennessee. For information, go online to www.fristartmuseum.org.