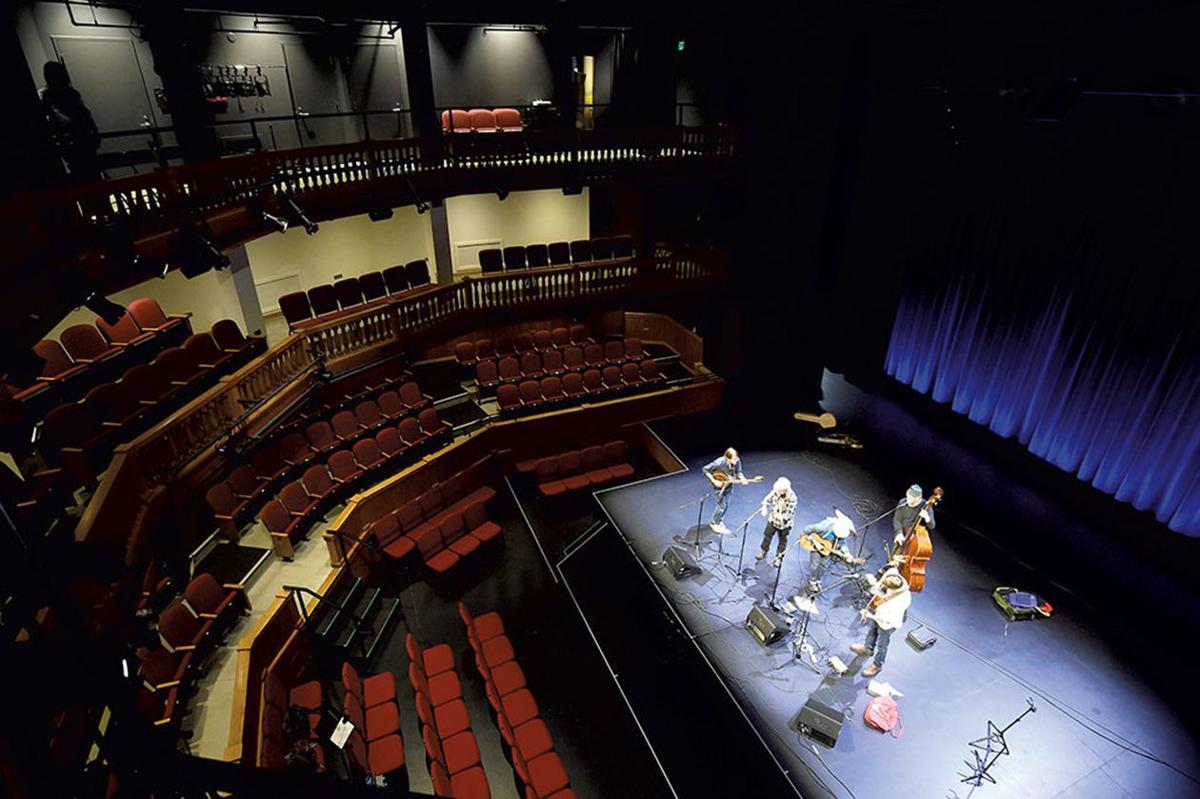 Greensboro’s Highland Center for the Arts is looking into streaming performances online during the crisis. 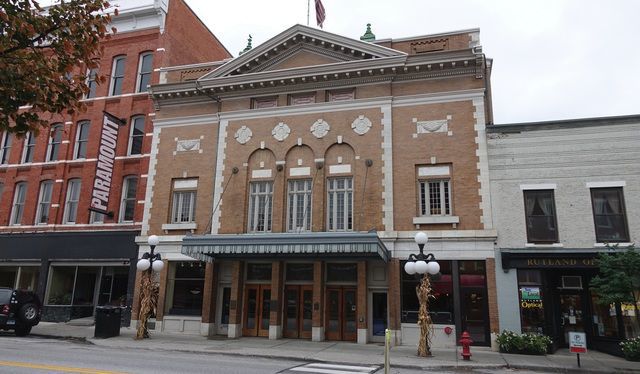 Currently Rutland’s Paramount has officially postponed nine events through the end of March. 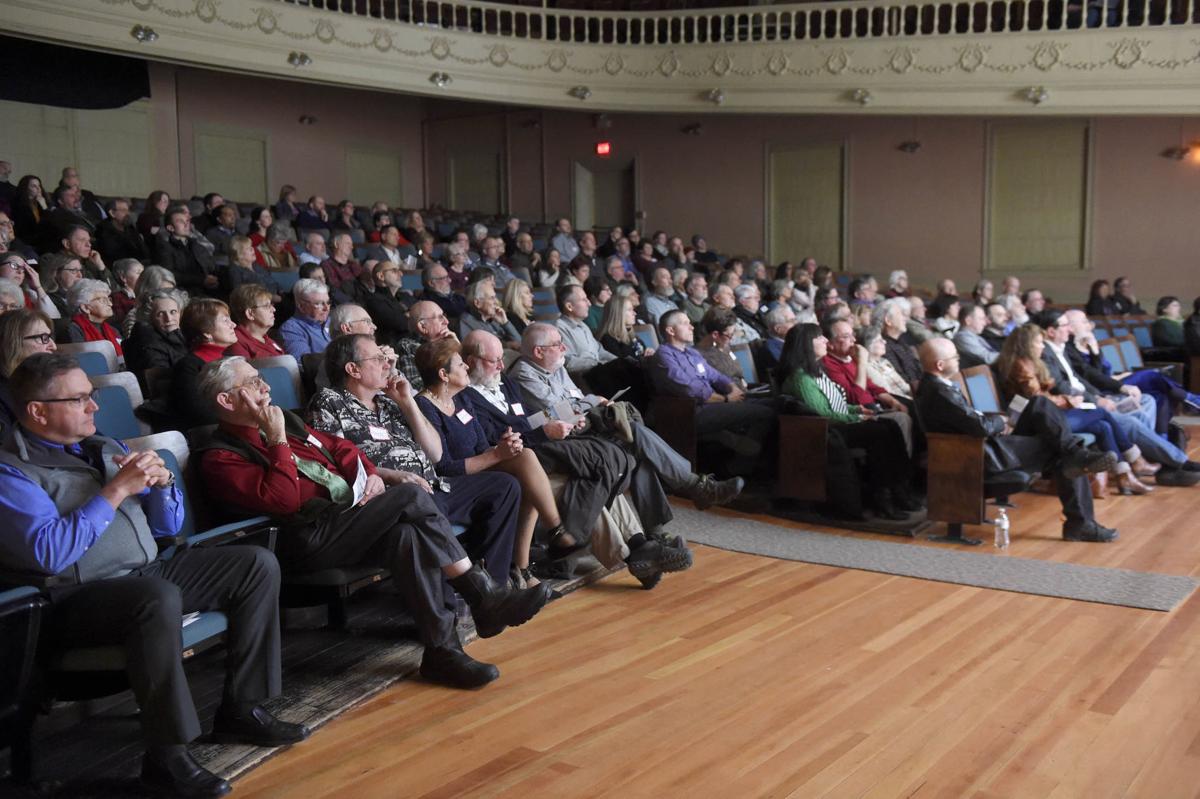 The Barre Opera House is rescheduling performances as much as possible.

Greensboro’s Highland Center for the Arts is looking into streaming performances online during the crisis.

Currently Rutland’s Paramount has officially postponed nine events through the end of March.

The Barre Opera House is rescheduling performances as much as possible.

While a lot of theater seats that would have been occupied by happy music fans eager to hear the Beach Boys or Classic Rolling Stones empty for the foreseeable future as COVID-19 concerns have closed the state to large gatherings, three arts venues remain optimistic for the future.

The Paramount Theatre in Rutland, the Barre Opera House and the Highland Center for the Arts in Greensboro say they will weather the virus-induced concern that has closed their theaters.

Eric Mallette, the programming director at the Paramount, balked at using the word cancellations when assessing the future of acts that will not appear on stage in Rutland as originally scheduled.

“It is important to use the word postponed,” he emphasized. “We would like all the acts to be postponed.”

Currently the Paramount has “officially postponed nine events through the end of March,” he explained. “We are working on rescheduling and will be notifying ticket holders.”

At the Barre Opera House, Executive Director Dan Casey said circumstances are changing on a daily basis and there are lots of moving pieces. “We’re rescheduling shows planned for the next several weeks to later dates in the current season where that’s possible,” he said. Already, two shows have been rescheduled for 2021.

“We are optimistic. We are starting to rebook tours,” said Keisha Luce, executive director of the Highland Center. Her venue is considering creating online content. “We already have one musician recording, in our building, songs he was going to perform to an audience, but it will now be for an online audience.”

While this won’t produce revenue for HCA, Luce said, it was “a way to connect people to the arts and the live show will be rescheduled. Just because our stages are dark, we can still interact in the community by presenting online content.”

Casey said there has been great cooperation between the Opera House, patrons, renters and artists and their managements during this difficult time and a “sense that we’re all in this together and determination on the part of all these parties to make the best out of a bad situation.”

“Our current plans include reopening to the public, with access to our gallery, café and box office, on April 15, when we will resume our full schedule of events,” was posted on the Highland Center website. There was no indication that this venue was facing a serious problem due to the current closure.

The 838 seats at the Paramount, 650 seats at the Opera House and 250 seats at Highland Arts represent a lot of revenue that is currently not available to these arts venues. Currently on the shelf at the Paramount are shows including The Beach Boys, VSO “Epic Mozart” and the Buddy Holly Story among others. At the Opera House, “Memories of Patsy” and Classic Stones Live have been rescheduled, and “High School Musical” has been postponed.

The Opera House has not issued a statement about the postponements, rescheduling or any cancellations.

Mallette issued a statement on the Paramount website which says in part, “We are hopeful that we can have NEW dates for all currently suspended shows … our goal is to have these new dates announced by the end of the week of March 15. Our team is working tirelessly to determine what this means for each and every show between now and mid-April. We will take appropriate steps for resuming our regular schedule with the help and guidance of health officials. The tentative curtain-up date is April 20, 2020, when we welcome One Night of Queen to our stage.”

Highland Center management wrote: “The following ticketed shows/events will be affected by our closing: Roy MacNeil and Friends on March 21; Runa on March 28; and Low Lily on April 4.We are working to reschedule the Runa show and all sold tickets will be honored for the rescheduled show. For the Low Lily show, we will issue refunds to all ticket holders. For credit card purchases, refunds will be reflected in accounts within the next 5-10 days.”

Casey at the Opera House said that while he hopes to reschedule as many shows as possible for later in the spring and summer, “The financial implications are real for us, even if we’re able to return to some level of normalcy in the next few weeks. We’re moving into a busy part of our season and there will inevitably be some cancellations and, consequently, lost income that can’t be recouped.”

The Paramount needs to reschedule as many shows as possible as “in a year we have 60,000 to 80,000 people come through the doors” Mallette said.

The Paramount, like many other venues, understands that it needs to help thwart COVID-19 by not being open. “We are a microcosm of the industry, our experience is similar to what the industry is feeling as whole,” Mallette said. “We are hearing that people want to help. I’m hopeful the messaging being shared is to not congregate. Places of performance are closing their doors to flatten that curve. It’s a challenging time, takes an emotional toll on the staff; it’s not a joyous time that we can’t welcome people into the theater. I’m hopeful by closing the doors we say to the community that we care about you.”

At the Opera House, while the doors are shut “we’re following the recommendations outlined by the CDC and deep cleaning the theater,” Casey said.

Mallette said it’s important that the closure of the Paramount is brief, but he remains optimistic about the future. “The arts have always been there when people need them the most. We aren’t there now; musicians and the industry as a whole will pull through. Nobody in the industry is talking about not pulling through.”

Luce said that even while she is optimistic that her venue will survive the closures, “The entire arts sector will take a big hit.” As arts venues often rely on donations and grants to bolster the bottom line, she sees where the current economic situation with the stock market may affect funding. “What will help the arts is the generosity of Vermonters with donations and grants which are related to investment funds and private individuals. Everyone in the arts is really scared that there will be less discretionary money to spend on the arts.”

Malette offered this final observation. “The arts will persevere, we’re not going anywhere. Think of it as an intermission.”