Opera Company of Middlebury’s video production of Leonard Bernstein’s “Candide” will appear for the first time on big screen Wednesday and Thursday at Town Hall Theater. From left are mezzo-soprano Heather Jones as Paquette and tenor Quinn Bernegger as Candide. 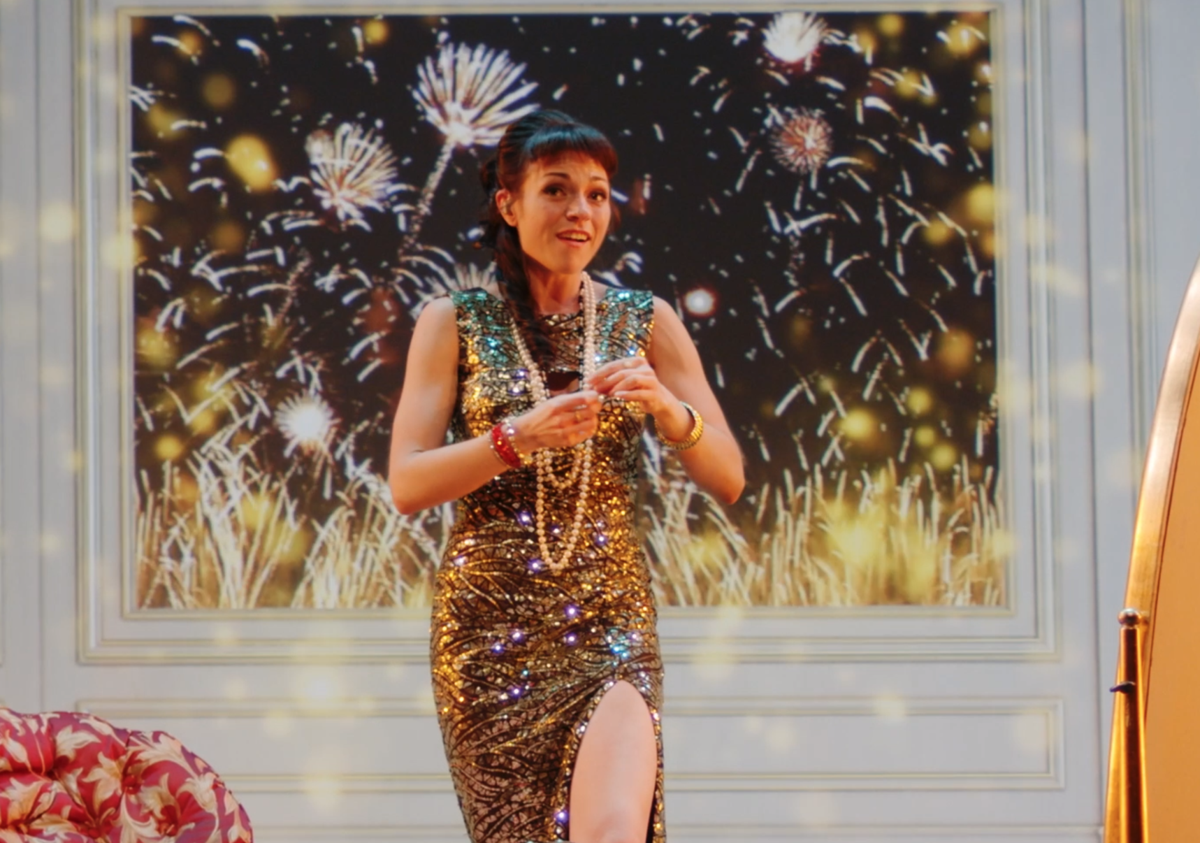 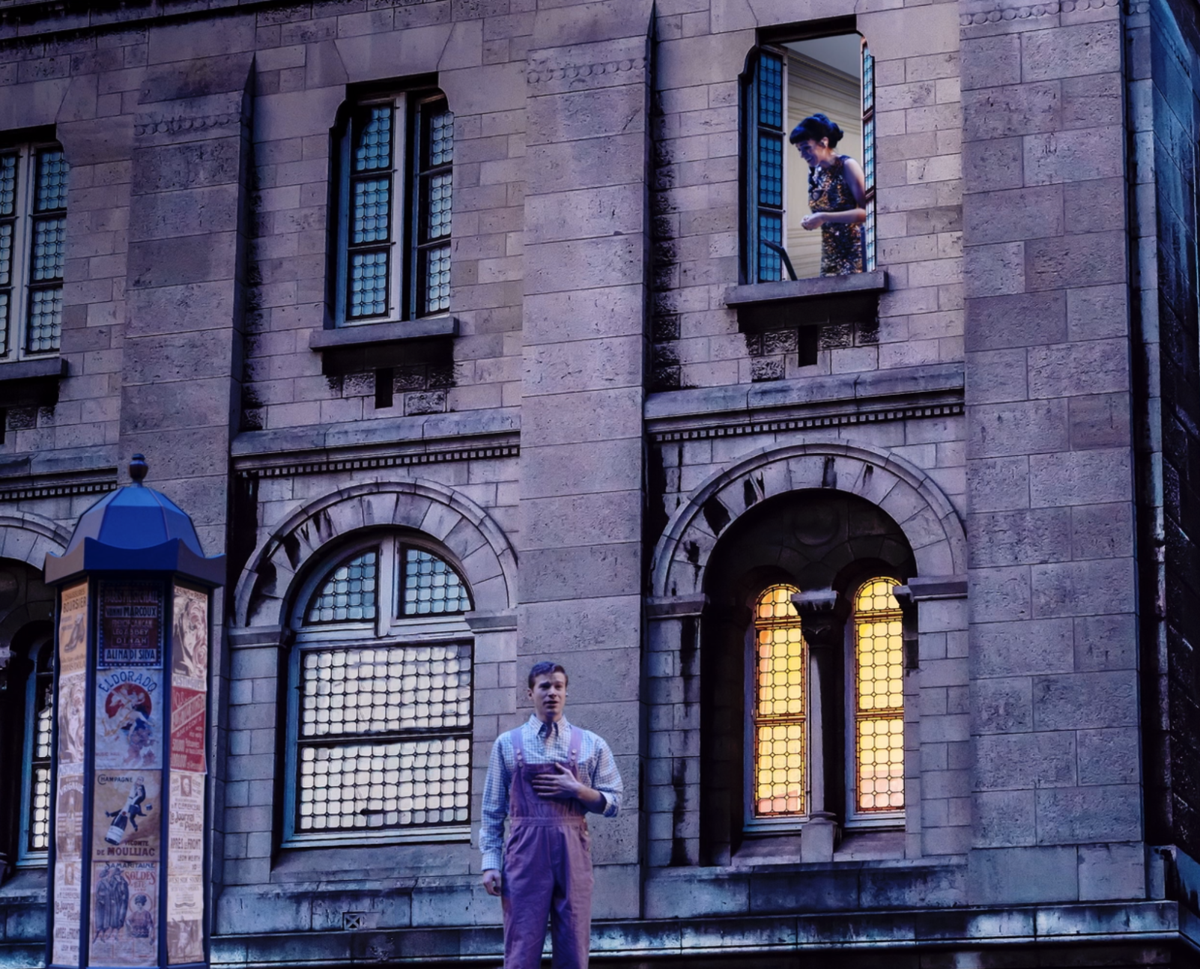 Candide (Quinn Bernegger) and Cunegonde (Cree Carrico) are in Paris.

Opera Company of Middlebury’s video production of Leonard Bernstein’s “Candide” will appear for the first time on big screen Wednesday and Thursday at Town Hall Theater. From left are mezzo-soprano Heather Jones as Paquette and tenor Quinn Bernegger as Candide.

Candide (Quinn Bernegger) and Cunegonde (Cree Carrico) are in Paris.

“Opera Company of Middlebury has entered the film business —and with a glorious video production putting its own stamp on Leonard Bernstein’s enigmatic masterpiece ‘Candide.’”

So began my May 15 review, but the last opportunity to stream this ridiculously entertaining opera film was June 30. Now there is another opportunity to see it — on the large silver screen.

Opera Company of Middlebury will present live screenings of its filmed production of “Candide” at 7 p.m. Wednesday and Thursday, Sept. 1 and 2, at Town Hall Theater. Director Douglas Anderson will be on hand after the show to discuss how the film was created. What follows are excerpts of my Rutland Herald review:

Very loosely based on Voltaire’s comic satire of optimism, the innocent Candide goes through a series of unlikely — even insanely so — misadventures in quest of pure love with his beloved Cunegonde. But she turns out to be not quite so pure, spending time as a courtesan in Paris, kept by a governor in South America and a prostitute in Venice —yet his love for her never wavers.

This zany tale makes no attempt at realism or even the possible. What holds it together — beautifully — is Bernstein’s brilliant music. This is genius.

Anderson’s first challenge was choosing a version. There were a bunch since the original 1956 Broadway production, each with a different group of librettists, but all with the same Bernstein music. Anderson chose the 1989 Scottish Opera Edition (heard in Bernstein’s own 1989 recording), a concert version with narration, and illustrated it with an almost comic book zaniness — and it really works, from hilarious to deeply touching. It’s wonderfully entertaining.

No small part of the film’s dramatic success was tenor Quinn Bernegger’s irresistible Candide. His light lyrical tenor and earnest expressiveness resulted in a convincing innocent, and some heart-wrenching singing. He was contrasted by Cree Carrico’s canny Cunegonde, who managed her brilliant soprano from virginal to jaded to heart-broken and humble.

The acting throughout benefited from the singers’ comic sense. Baritone Joshua Jeremiah was a delightful Dr. Pangloss to whom all turned for answers. Mezzo-soprano Heather Jones was a winsome mix of comic and coloratura as the flighty Paquette. Baritone Blake Jennings was lyrical and dubious as her brother Maximilian.

Mezzo-soprano Tara Curtis was most versatile as the Old Lady, who guided Cunegonde through much of the fun (and joined in too). Tenor Joshua Collier (artistic director of Brandon’s Barn Opera) shared his delightful comic abilities with baritone Kian Freitas as various characters throughout.

And then there was Gov. Douglas. His deliciously wry narration alone is worth the price of admission.

Conductor Michael Sakir led the singers and excellent all-Vermont 30-member orchestra in a compelling and well-paced performance. The eight-voice all-Vermont chorus was particularly fine. The whole production was musically a joy.

Anderson’s staging and production bears many similarities to Ingmar Bergman’s version of a staged production of Mozart’s “The Magic Flute.” There is no attempt to mask the theater, but it is often masked with generous and sometimes surreal special effects that certainly add to the flavor. Tim Joy was responsible for the dramatically effective recording and editing.

Does Opera of Middlebury’s “Candide” have all the polish of a commercial feature film? Nope. Is it absolutely wonderful? Yes!

Opera Company of Middlebury is presenting live screenings of its filmed production of Leonard Bernstein’s “Candide” at 7 p.m. Wednesday and Thursday, Sept. 1 and 2, at Town Hall Theater, 68 S. Pleasant St. in Middlebury. Tickets are $25, $50 for generous; call 802-382-9222, or go online to townhalltheater.org