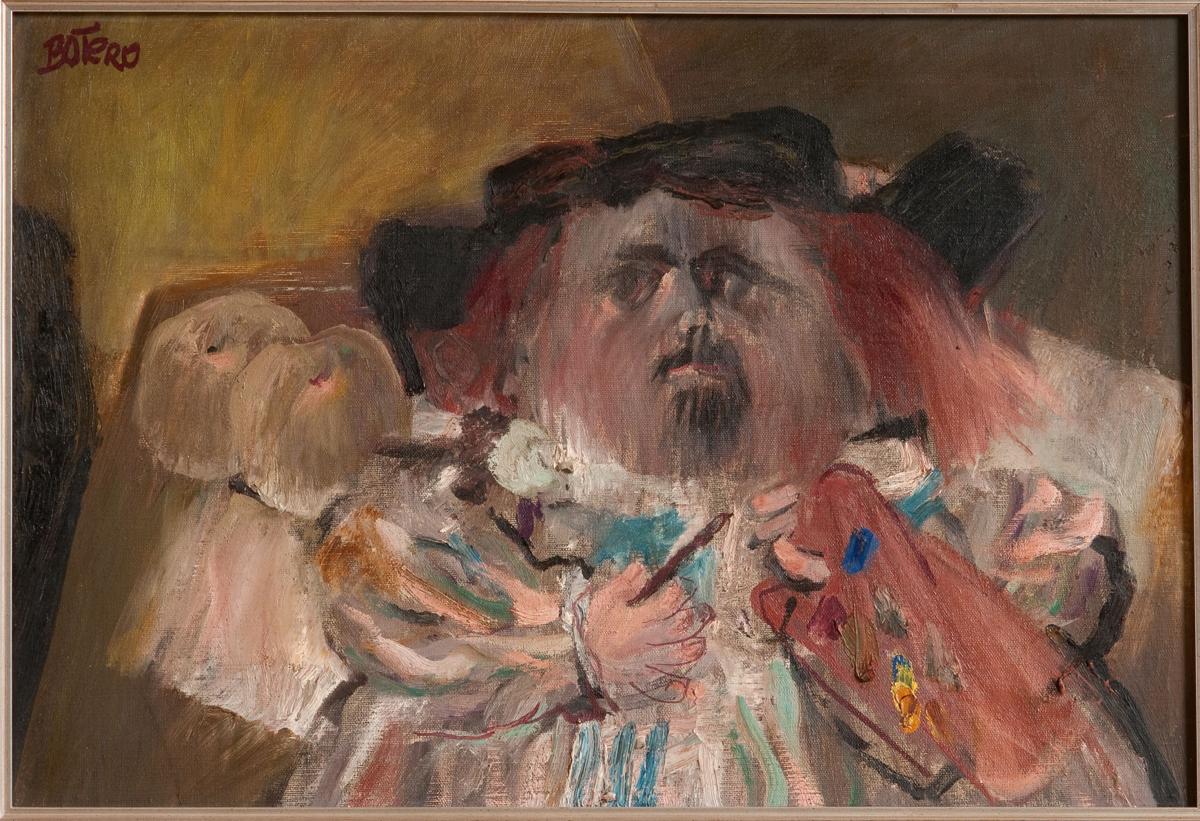 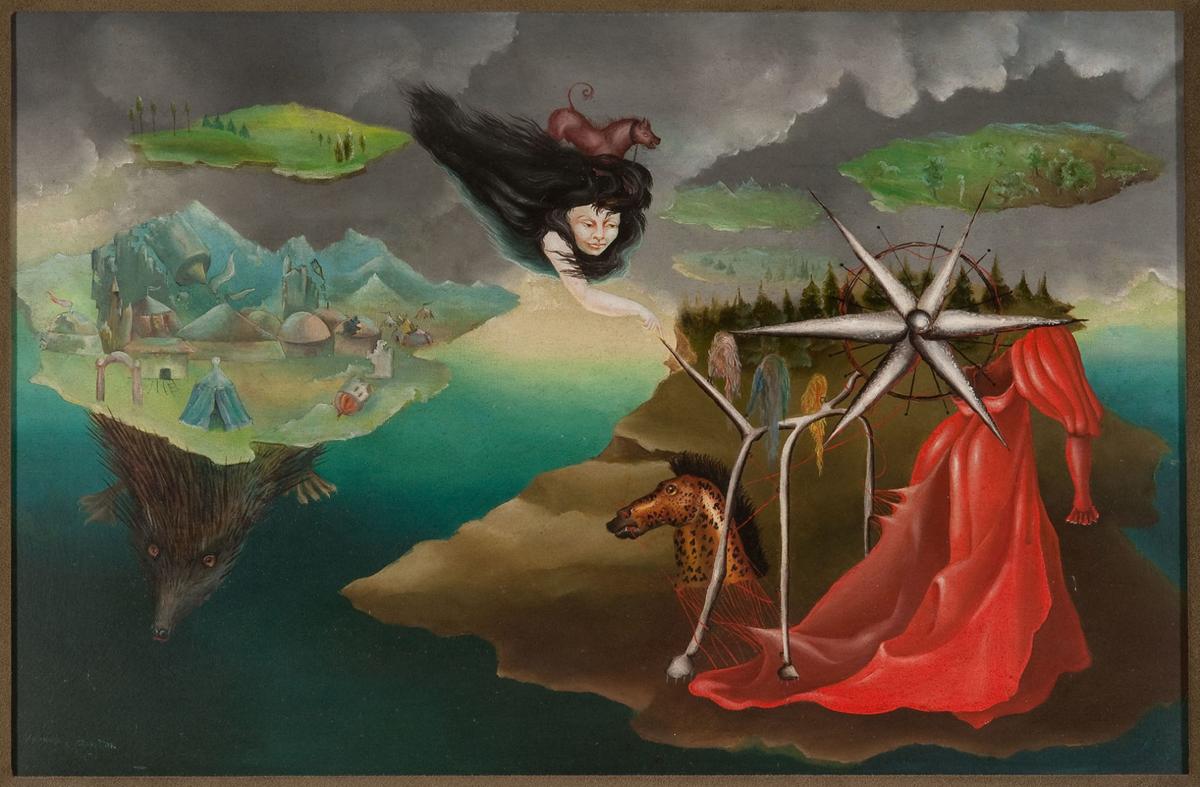 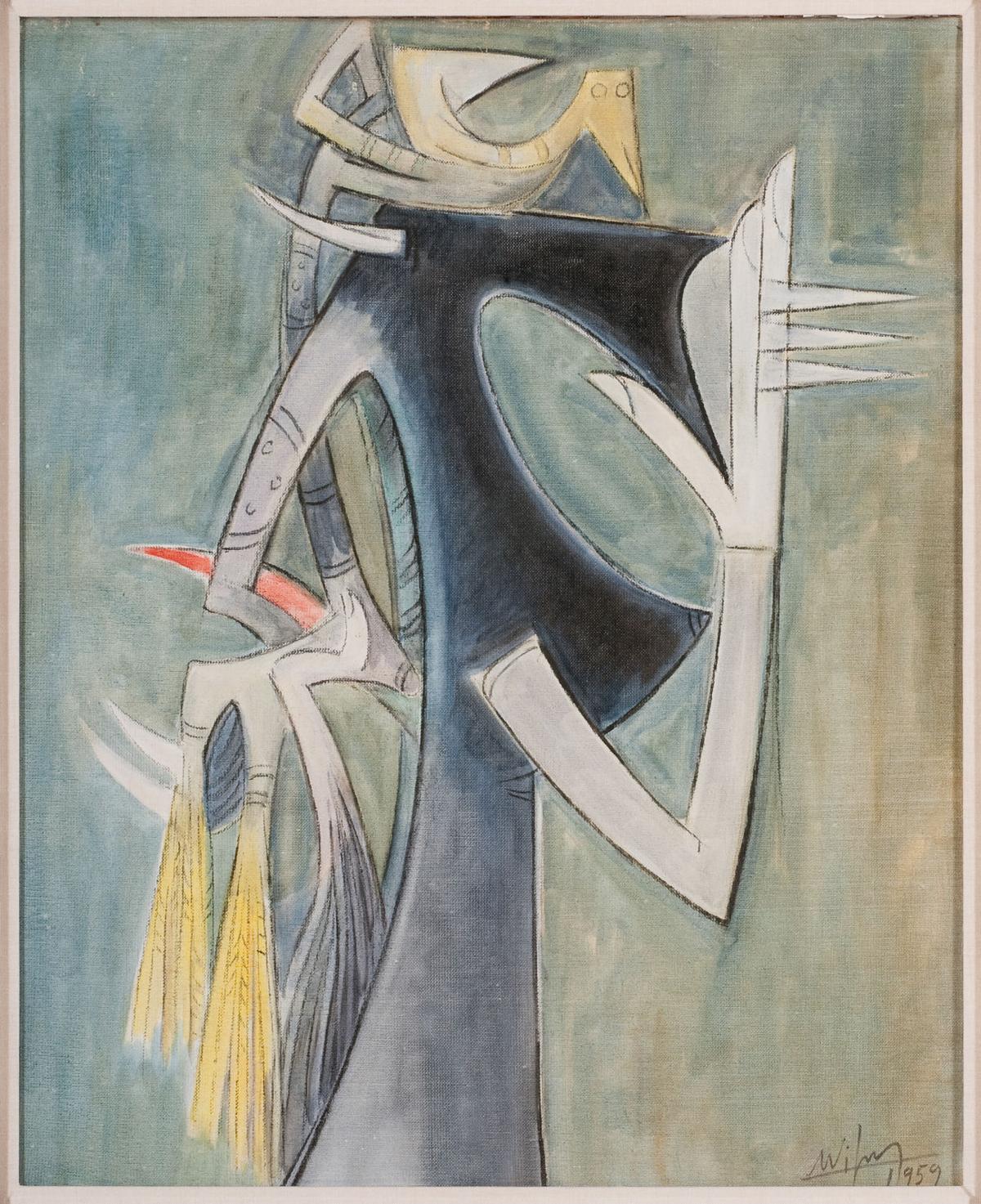 It might be argued that surrealist paintings cannot be considered either good or bad. How so? Because the primary source of inspiration for surrealist artists are dreams — fueled by the writings of Sigmund Freud, who asserted that higher forms of truth might be found in the subconscious through dreams in his book “The Interpretation of Dreams” (1899).

But no one can say whether surrealist paintings are true to the dreams that have inspired them, as dreams belong exclusively in the artist’s subconscious and nobody else has access to them (Freudian psychoanalysis notwithstanding). In other words, knowledge of that artist’s intentions through dreams is essential to a meaningful “reading” of the artist’s unconscious mind but, being impossible, it poses a conundrum to critics and art historians.

Surrealism was the leading art movement from 1924 though circa 1945. It emerged in France and spread globally as artists and artworks traveled, and ideas circulated through art journals and mass media. The French writer and poet as well as chief apologist of surrealism Andre Breton wrote “The Surrealist Movement” in 1924, codifying the tenets of the new movement.

The environment where surrealism was created and allowed to thrive had two dominant factors. One, the chaos and tragedy of World War I (1914-21) that spurred a desire to break from the tradition and explore a new form of expression; and two, by the rebellious work of Dada (a Swiss-based art movement, 1916-24) and its underlying aim: protest against the atrocities of war. The word “surrealist” (suggesting “beyond reality”) was coined by the French avant-garde poet Guillaume Apollinaire in a play written in 1903.

Arguably, the most famous surrealistic painting of all time, as indicated by its inclusion in almost all lists of most admired paintings, by the people and art critics, is the 1931 oil on canvas by the Spanish artist Salvador Dali (1904-89) titled “The Persistence of Memory” — the “melting watches” painting. The Belgian painter René Magritte (1898-1968) is another favorite surrealist artist with his witty and thought-provoking paintings, such as “The Son of Man” (1964) that shows a green apple free floating before the face of a spiffy gentleman standing with his back to a fireplace.

The rise of fascism in Europe in the 1930s as well as the impact of the Spanish Civil War (1936-39) and World War II (1939-45) shifted the focus of surrealism from Europe to the United States, and then to Latin America. In this country, the movement has never taken off as it had in the Old World. The bright spots were brought about by artworks of European artists who immigrated to the United States, taking residence in New York, such as Max Ernst, André Breton, Arshile Gorky and the photographer Nathan Lerner.

Now, Latin American artists expressed ambivalence to the movement. Perhaps the “perfect” artist to embrace it would be the Mexican painter Frida Kahlo (1907-54), arguably the most consequential Latin painter of her time. However, she was not amenable to it, telling the Time magazine that she never painted dreams, instead asserting: “I paint my own reality.”

The exhibition, “I Paint My Reality: Surrealism in Latin America,” is at the NSU Fort Lauderdale Museum of Art, through Sept. 19. It draws primarily from the museum’s in-depth collection of paintings and promised gifts by Latin American artists, and it exhibits nearly 50 works of art dating from 1930.

Leaving the “dreams as source of inspiration” technicality aside, this exhibition is being evaluated here based on the formal qualities of the paintings — lines, shapes, perspective, light, color and symmetry — aiming toward “beauty.” After all, art lovers’ default aesthetics is almost always “beauty.”

Let it be noted that these artists did not produce “Latin American surrealism,” as there is nothing particularly Latin American to their work. Those who are expecting to see what it is considered as Latin clichés — including bright colors, rain forest themes, multi-colored birds, spotted jaguars with fluorescent green eyes, and other “south of the border” cliché characteristics — will be disappointed.

On the contrary, the artists covered more visual ground close in appearance to surrealist artists who came before them. Sadly, none of them have reached the “master” level of a Dali or Magritte, neither for their dexterity with a brush in their hands nor the witty themes they depicted on canvas — far from it.

A few examples of the artworks in the exhibition include: Joaquin Torres-Garcia’ (b. Uruguay, 1921) “Gare II (Railway Station II”), 1931) is a beautiful painting that looks like a generic cubist artwork in different shades of gray and has nothing to do with a train station.

What is surrealist about this artwork? Absolutely nothing. Botero is all about plump, cute figures, not surrealism. Likely his artwork was included in this exhibition just because he is a well-known Latin American artist.

In conclusion, here is a surrealistic thought: Has Mario Carreno Morales (Cuba,1913-99), the painter of “Agua” (Water)” (1947) channeled his inspiration from a “wet dream”?