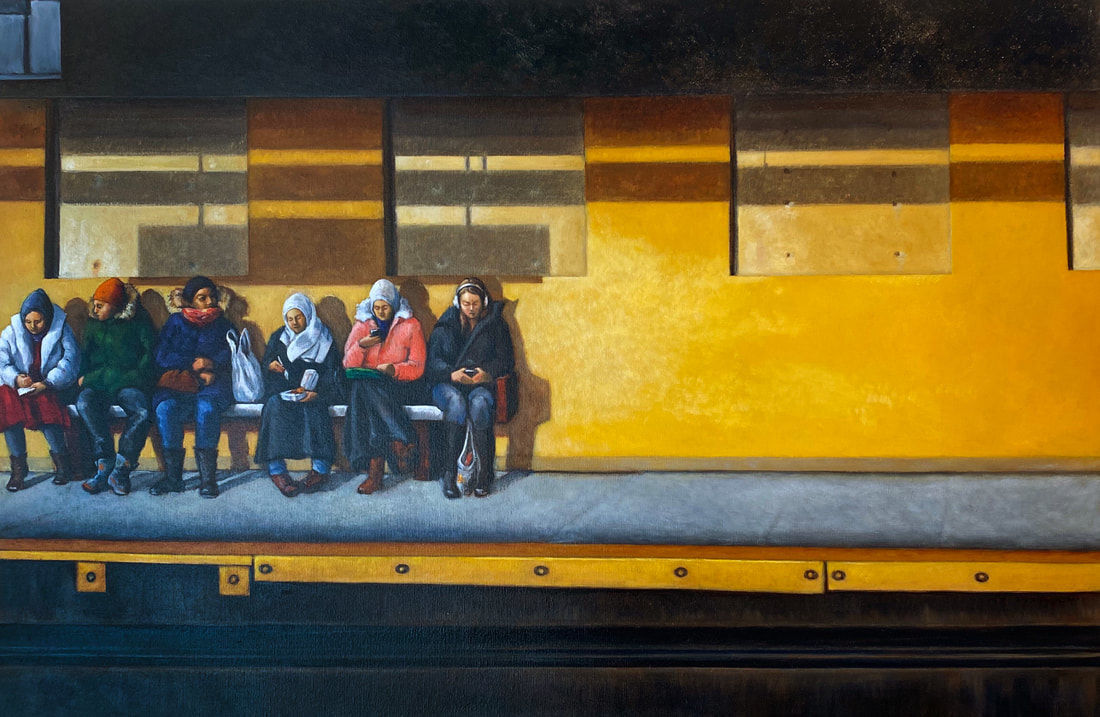 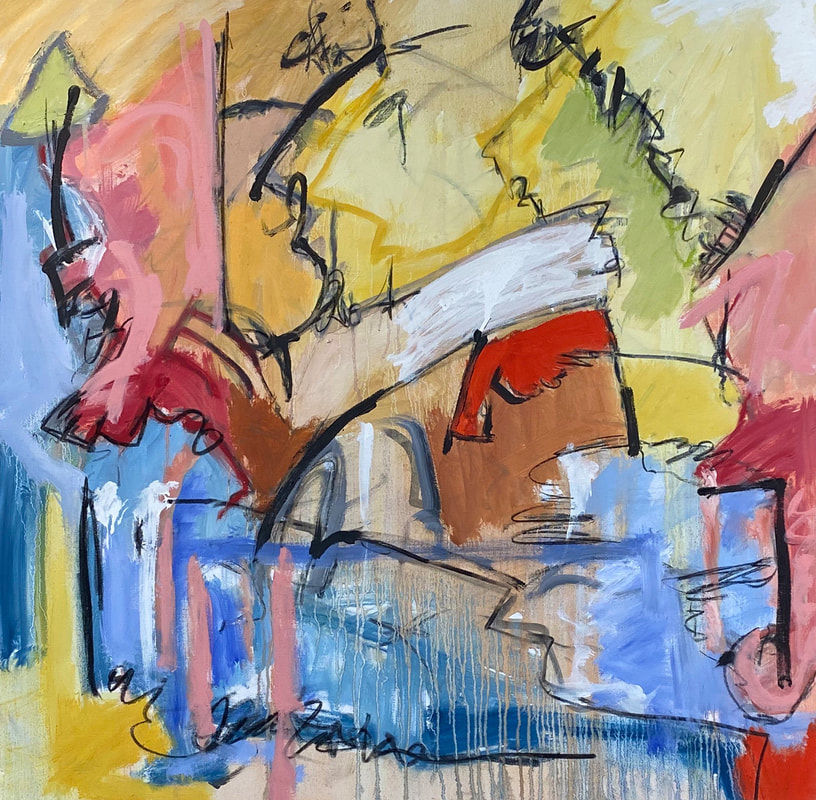 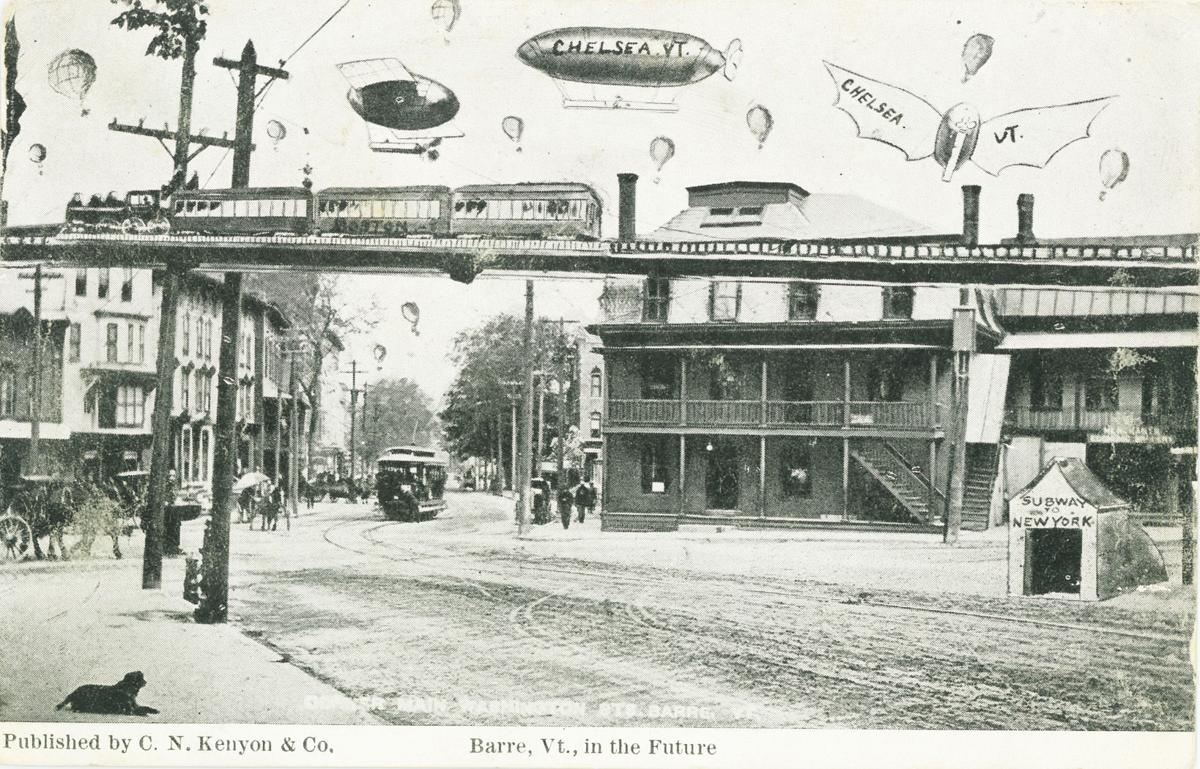 Postcard of imagined Barre City from 1910. (Note subway station to NYC in the lower right corner.)

Postcard of imagined Barre City from 1910. (Note subway station to NYC in the lower right corner.)

It’s the lunch hour in this blue-collar town and there is a steady stream of people entering the AR Market in Barre to pick up a quick sandwich or snack. At the counter, a customer rests their cold beverage on the ledge and casts a glance at the vibrant art show that is part of a series presented by Studio Place Arts (SPA) called “ARTE at AR (Alimentari Roscini).”

The current exhibit, “Getting There from Here,” features work by Vermont artists Ann Young and James Vogler. Young includes large paintings of New York City’s subway system and the people who rely on the steady, rhythmic movement of train cars moving from one stop to the next. Vogler’s vivid graffiti-style abstract paintings are scattered playfully along the long, windowed walls of the AR Market, which resemble the linear feeling of a public transit station.

Young’s richly toned oil paintings depict the diverse scenes that unfold on mass transit: A worker in a hard hat slumps in the molded seat of the train car after a long day, family members huddle together, and scores of travelers wait to get from here to there and back. The manner in which many people in the paintings avoid eyeing each other or use their cellphones as artifices to avoid contact with strangers creates a sense of suspended animation. This feeling is in contrast to the clangs from a nearby kitchen and hum created by familiar conversations among neighbors and friends at the AR Market.

Vogler’s abstract oil paintings pair geometric, heavy strokes of periwinkle blue, citrus yellow and orange, and leafy green with expressive black strokes of oil stick that imply the marks made by graffiti artists. These works do not march along the walls in tidy rows; rather, they explode on the walls to mimic a lively urban streetscape.

This is the second in a show series SPA has organized at AR, a “beautiful space that’s part meat factory, part art gallery,” explained Sue Higby, SPA executive director. “I was inspired by an old postcard of Barre City from 1910 that includes imaginary modern transportation, such as an aerial monorail through Barre and even a subway station to the New York City. It’s a little escape to the City.”

“Getting There from Here” will be on view through May 15. Hours are 11 a.m. to 7 p.m. Wednesday-Saturday; go online to www.studioplacearts.com for information. The AR Market is at 159 N. Main St.