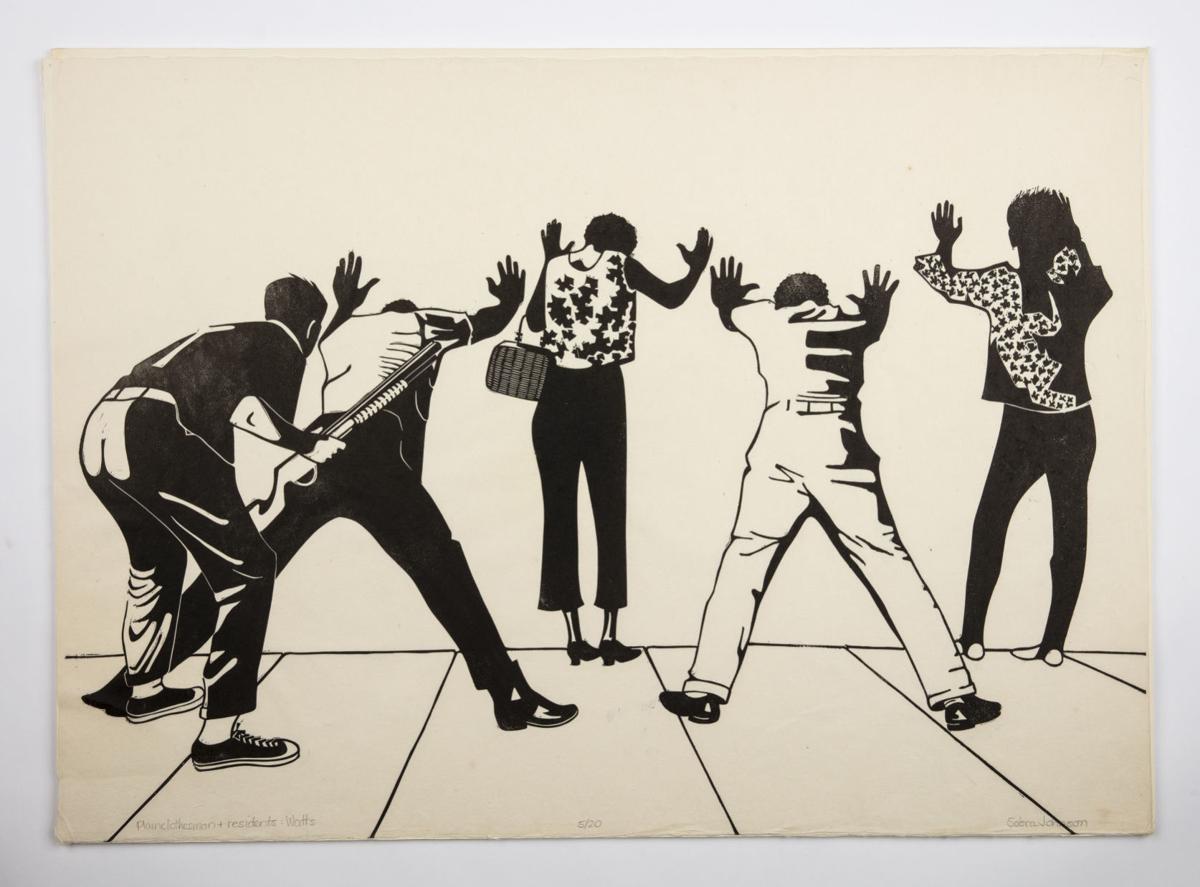 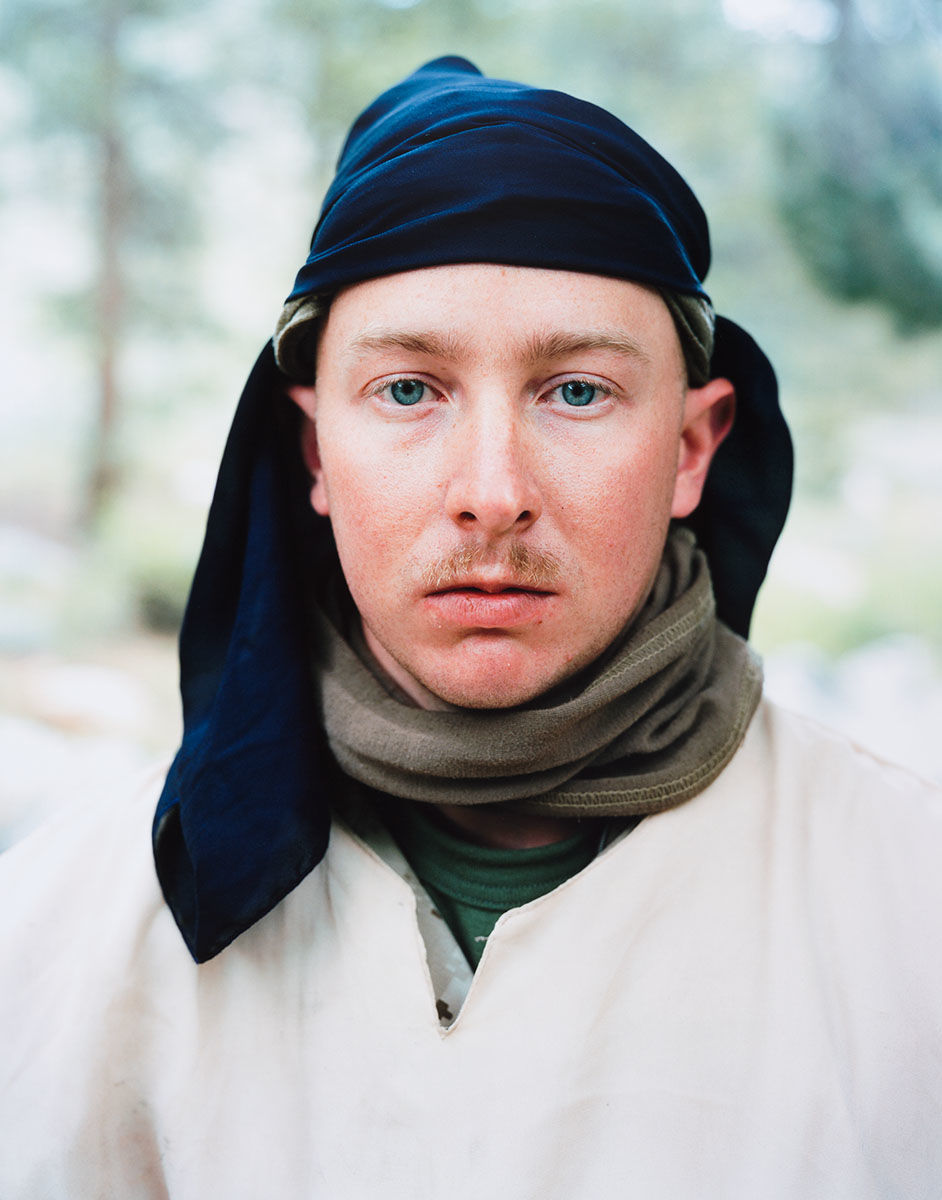 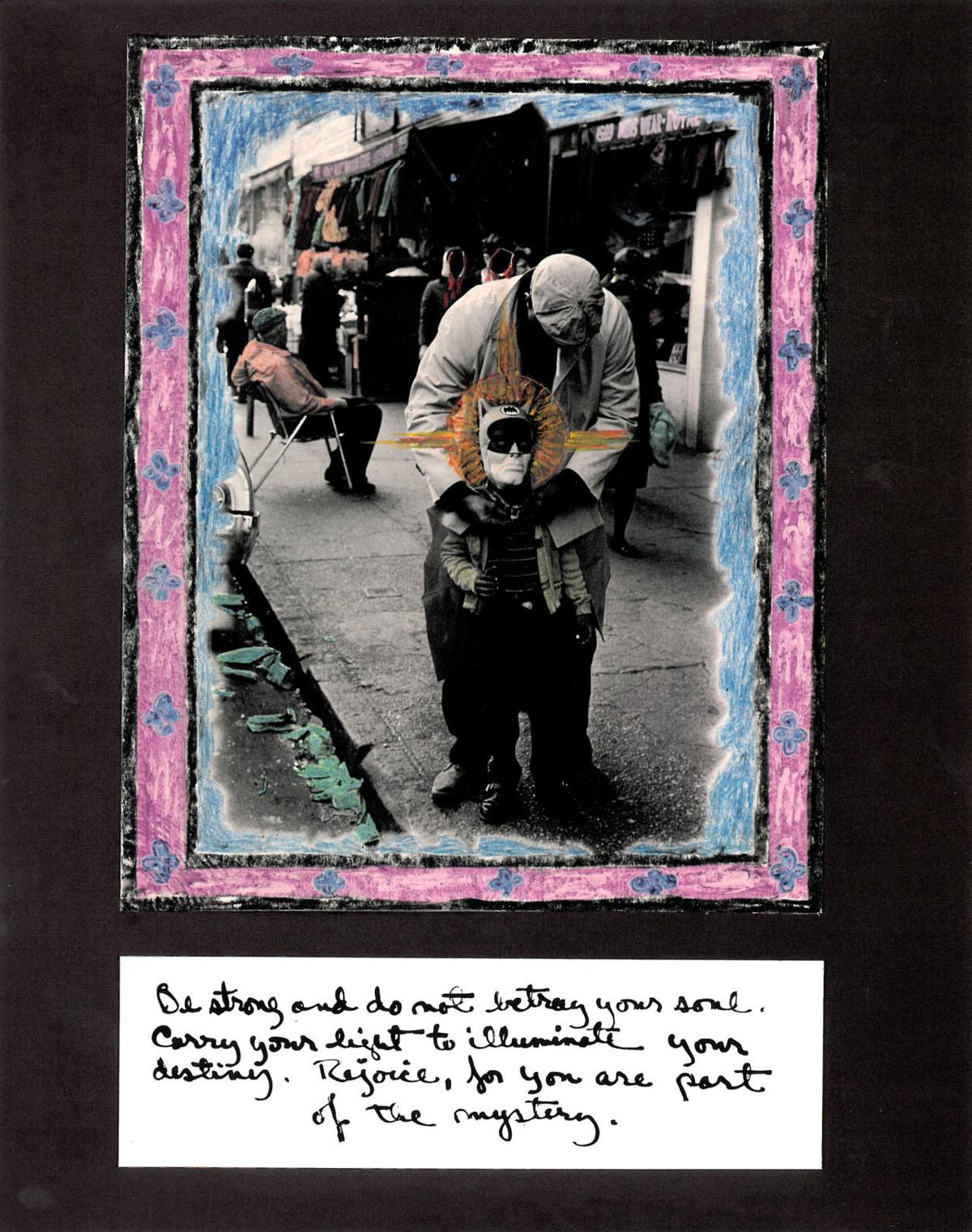 Fleming Museum of Art — “Be Strong and do Not Betray Your Soul” and “RESIST! INSIST! PERSIST!”

A man in a cap and lightweight jacket leans tenderly over a little boy wearing a Batman mask. His arms curve around the boy as he adjusts the child’s superhero cape. In the black-and-white photograph, everyday street life goes on behind them.

In gold and orange crayon, a cruciform halo radiates from the child’s head. A hand-colored frame in the style of a prayer card surrounds them.

Biasiny-Rivera’s photograph lends its name to one of the two autumn exhibitions currently at the Fleming Museum of Art at the University of Vermont.

“Be Strong and Do Not Betray Your Soul: Selections from the Light Work Collection” and “RESIST! INSIST! PERSIST!” opened at the Fleming earlier this fall and continue to Dec. 13. The Light Work exhibition, first shown in 2018 in Light Work’s home city of Syracuse, New York, features more than 40 photographs exploring topics of identity, visibility, social justice, and politics.

“RESIST! INSIST! PERSIST!” explores the intersection of art and activism. Curated by UVM Museum Studies students, the exhibition draws mostly from the permanent collection of the Fleming Museum and features artwork from the 1700s to today.

“I was drawn to the way it addresses themes of social justice and visibility but in subtle ways about empathizing with different people,” said Andrea Rosen, Fleming Museum Curator, about selecting “Be Strong and Do Not Betray Your Soul” to accompany “RESIST! INSIST! PERSIST!”

Light Work, founded in 1973, is an artist-run organization with a mission of providing support to emerging and underrepresented artists working in photography and digital imaging. Over 25,000 students, artists and patrons have used Light Work’s lab to make new work. Over 350 have been in the organization’s renowned artist-in-residence program.

This exhibition draws from Light Work’s extensive collection. It was curated by former artists-in-residence Eric Gottesman and Hank Willis Thomas, founders of For Freedoms.

“The best images jar our way of seeing and threaten the status quo. The best art often insists no, the world is not as you think. What you see is not what you get. Suddenly the world of the artist unmoors everything,” note Gottesman and Thomas in their introduction to the show.

These photographs take viewers on unexpected journeys — especially when given sufficient time to be considered in detail and with the benefit of the well-developed labels that offer depth on artists’ backgrounds and themes.

In Claire Beckett’s “Marine Lance Corporal Joshua Stevens playing the role of Taliban fighter,” a pale young man with a thin sandy mustache wears a loose Afghan head wrap as he gazes out. The contrast of garb and ethnicity is startling. Stevens is among the subjects Beckett photographed at U.S. Military bases where soldiers and actors role-play combatants and civilians in exercises preparing them for deployment.

In “RESIST! INSIST! PERSIST!” student curators brought together selections from the Fleming’s permanent collection that counter hardship and adversity with empowerment and expression. Themes include racial violence, state oppression, gender inequality and more. Most of the works are prints.

The curators note in their introduction “As it became easier and cheaper to produce and circulate art in prints and photographs, artists seized the opportunity to spread imagery that gives voice to marginalized groups and brings injustices to light.”

In William Hogarth’s “Cruelty in Perfection” (1751) a brutally murdered woman lies on the street. The print belongs to a series that builds from routine cruelty seen on London streets — torturing a dog, beating a horse — to murder and eventual death at the gallows. Printed cheaply and intended to be accessible to lower classes, Hogarth intended them as moral instruction, to serve as a warning of the slide to inhumanity.

A pair of prints by Pablo Picasso, “Dream and Lie of Franco I and II” are among his first political art during the Spanish Civil War and were initially intended to be published as postcards to raise funds for resistance to Franco’s regime. A grotesque Franco is the subject of the first images — dating from January 1937. The bombing of the city of Guernica in April of that year inspired Picasso’s monumental anti-war painting that carries the city’s name. The final panels in the second print were also a response to that horror.