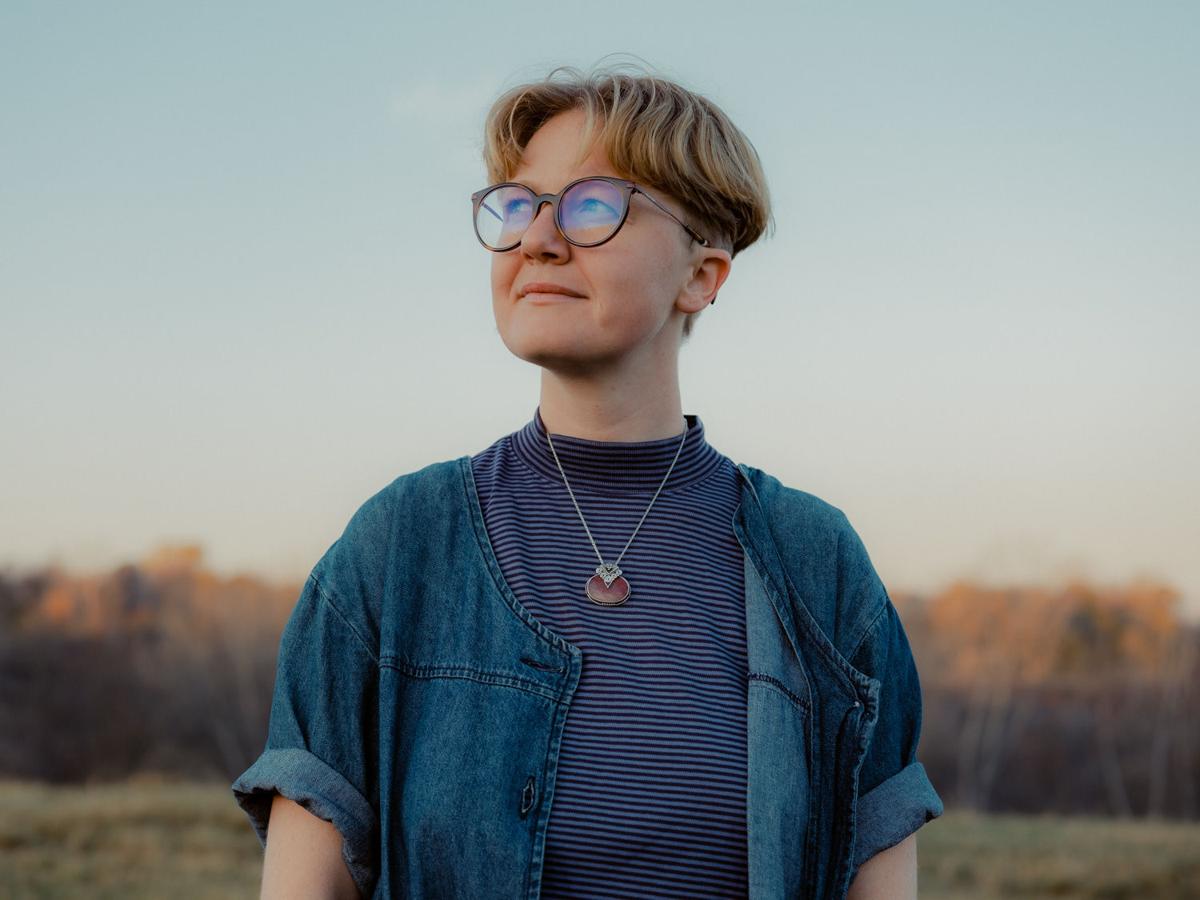 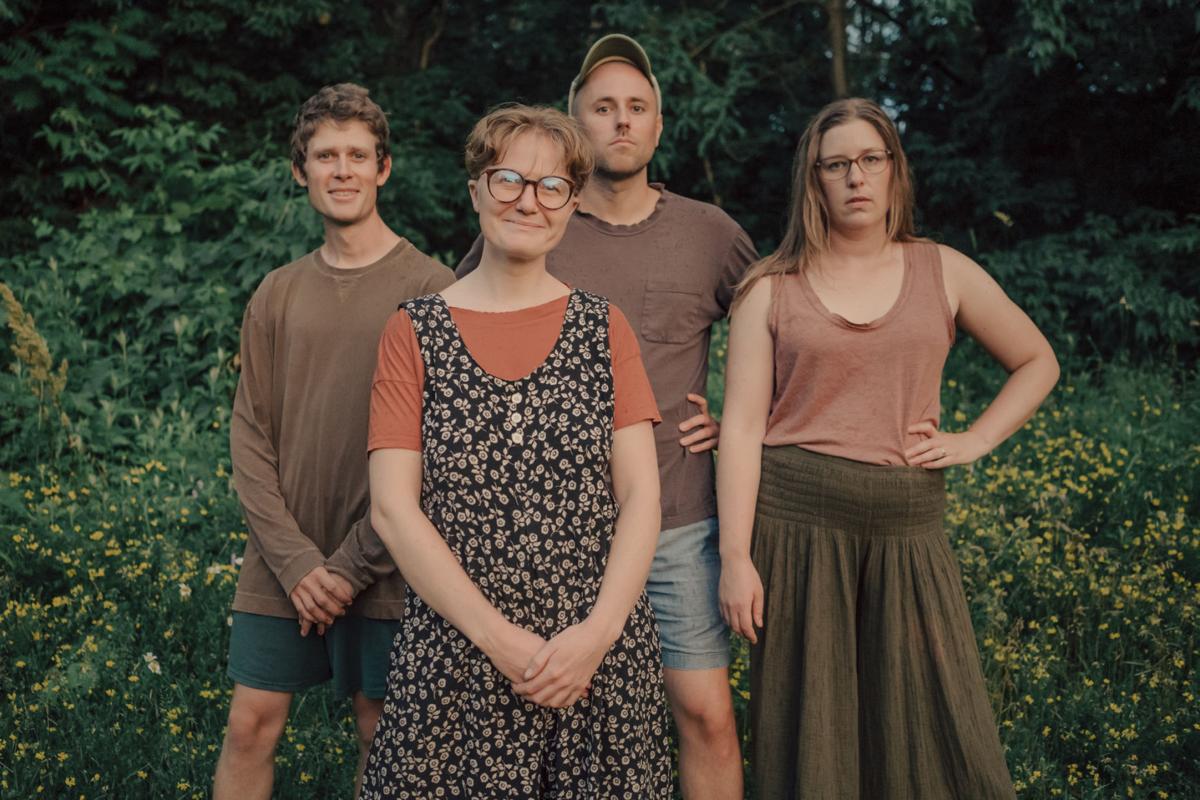 Rising out of the ashes of Julia Caesar, one of Burlington’s most buzzed about — and short-lived — rock bands in the late 2010s, the Burning Sun has emerged as one of the Queen City’s most intriguing new acts.

Burlington singer-songwriter Katy Hellman, who co-fronted Julia Caesar, released her stellar debut album “Marrow” in April under the moniker Ruby. Last month, Hellman changed the name of the band — which also includes Julia Caesar drummer and her primary collaborator Steven LeBel — to the Burning Sun, named after one of many deep cuts on the album.

“This will make it much easier to my find my music,” Hellman said on Facebook — citing no less than 80 other artists named Ruby — “and it resonates much more deeply with my fiery quest for joy!”

It’s a telling statement from a seriously promising artist known for her distinctive vocals, affecting lyrics and compelling compositions.

In an album release email, Hellman calls the album “an ode to the wild grandness of being alive: explosive joy, dissonant chaos and deep guttural rage” and “a quest to feel the raw beating heart at the center of everything.”

One of the most captivating indie pop albums this year, “Marrow” is a spellbinding set that soars with a singular and quietly potent sound that fuses stripped-down mountain folk with trippy dream pop and psychedelic rock.

The dynamic duo of Hellman and LeBel — Hellman mostly plays bass and some guitar, while LeBel mostly plays drums and some guitar — were joined in the studio by noteworthy Burlington multi-instrumentalist Benny Yurco, who engineered the album and added guitar and synth enhancements.

Best known for his role as Grace Potter guitarist, Yurco — who Hellman calls “a powerful musical force who brought his creative voice to this project” — is also a deftly experimental producer whose lauded sophomore solo album “You Are My Dreams” was one of 2020’s more fascinating releases.

“The fish are all dying and so are our friends,” sings Hellman in her aching quiver. “So I dedicate this song to the roses that grow around me / And I resonate with the ways that I break / And the words that drown me.”

“The Tension” is a blissed-out centerpiece song that’s buoyed by loping bass lines, lyrical melodies and an expansive soundscape. Ditto the title track, a mesmerizing standout with telling lyrics like “I chose to believe / In stories / The glory that’s written in the rhyme / Distilled from the water the truth it is harder to find.”

Hellman goes it alone on the pretty, stripped-down “Carnivores,” with plaintive vocals and lines like “I’m healing now / Finding my voice somehow.” And “Sacred River” is a cathartic closer that builds to a beautiful crescendo.

“I wanted to break free from the lies that they told to me,” cries Hellman to close out the proceedings. “I wanted to open / But I didn’t know what I’d see.”

“Marrow” was recorded during the summer of 2019, around the time that Julia Caesar broke up and Hellman and LeBel briefly moved to Philadelphia before returning to Burlington, where they first met around seven years ago.

Hellman, who grew up in New Jersey, has been living in Burlington since graduating from the University of Vermont in 2014 as a film and Spanish double major. And LeBel, who is from Massachusetts, moved to Burlington around the same time after graduating from Skidmore College in Saratoga, New York.

The songs on “Marrow,” which were written in the years prior to recording them in 2019, stand as an assured and cohesive collection that captures the beginnings of something beautiful.

“Though many new songs have emerged since,” Hellman said on Facebook, “I find deep pleasure in the familiarity of repeated themes: change is constant, mystery prevails, and love is a choice.”

“We are blooming and dying again,” she said. “We are life unfolding!”

And regarding the Burning Sun’s first live shows this month — including Thursday at the Monkey House in Winooski — Hellman said the band is “ready to explode with music!”

“Marrow” is available online at theburningsunmusic.bandcamp.com in digital format.

The Burning Sun performs with Footings and Marxist Jargon at 8 p.m. Thursday, July 29 at Monkey House in Winooski. For more information, call 802-655-4563 or go online to www.monkeyhousevt.com