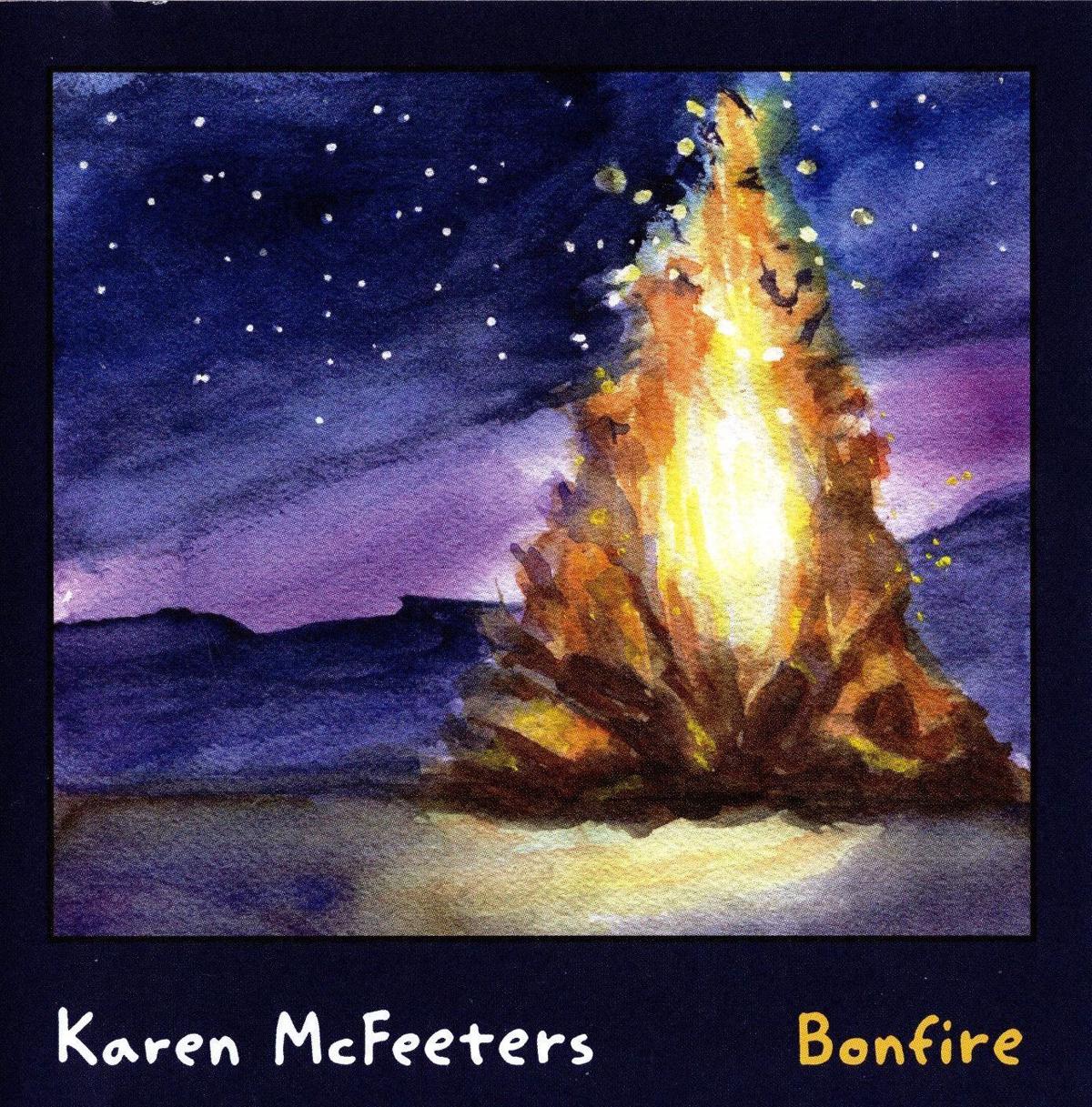 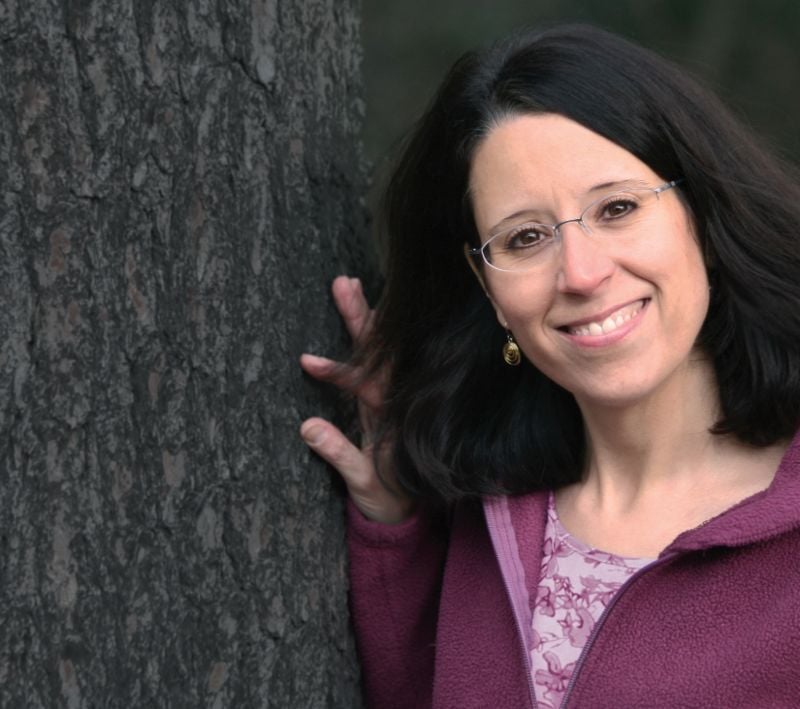 “In ‘Bonfire,’ (Karen) McFeeters displays a voice we all wish we had.”

“In ‘Bonfire,’ (Karen) McFeeters displays a voice we all wish we had.”

It’s been 12 years since Karen McFeeters last released an album of her songs. We’ve missed the honey voiced, no nonsense singing from this talented part time performer. With her fourth album “Bonfire” we are brought back into the welcoming production values that McFeeters and her producer/multi-instrumentalist Colin McCaffrey have created for this 12-song set of tunes.

McFeeters’ voice has matured a bit since her last album, “Here and Now.” Still, the clarity of her voice and her near perfect diction are major attributes in her lovely singing. She retains the warm pleasantness of her delivery, a quality that never seems forced. As we wrote in our previous album review in 2009, her vocal qualities “are not surprising as her day job is as a medical speech and language pathologist specializing in voice therapy. Her delivery is so good on this album that I think she’d make a great singing coach for other performers wanting to get the most from their vocal ability.”

In “Bonfire,” McFeeters displays a voice we all wish we had. The tunefulness of her singing is thoroughly engaging. It is a voice you can listen to over and over again knowing there are no jarring edges or muddied vowels to navigate that often make the songs tedious. Hers is a voice enjoyable simply for the quality of the tones, of which there are many.

As with her previous album, McFeeters works with McCaffrey, of East Montpelier, to engineer the songs and fill in the instruments beyond her own piano work. As he has done many times before with a growing number of singers, McCaffrey surrounds the vocals with guitars, fiddles, mandolin, bass and harmony vocals. Russ Lawton provides the subtle drumming.

The CD covers a range of styles including contemporary folk, pop, bluegrass, and themes of courage, love and hope. McFeeters wrote 10 of the songs with two cover tunes by Carol Abair and Cheryl Wheeler.

The album has a strong Vermont touch to it. The title track “Bonfire” reminds us of the times we’ve camped out and watched as the fire pit lit up encouraging stories, songs and lots of s’mores. She writes “Pull up a camp chair/There’s plenty of room/Beautiful evening/Did you notice the moon?”

In “Clover” written by Abair, McFeeters sings: “Riding down a road in East Montpelier/Rain is pounding hard upon the roof/We can’t see, I ask you please pull over/In a field of clover with you.”

And who will argue with the final track “Summer Don’t Go”? “I’m surrounded by/The beauty of green trees/And my flower garden’s/Buzzing with the bees/ But the calendar says/Days are passing fast/How I wish this bright and/Balmy time could last.”

McFeeters isn’t all sweet nostalgia on this album. She hits some raw veins with songs like “The Elephant” in which she sings: “An elephant is standing in the room/And everyone’s pretending he’ll be leaving soon.”

On “Levity” she writes: “I need a little levity, something heavy’s got a hold on me/Pitch black is all I see, I’m flying way too low.”

McFeeters sings of her personal emotional strength on “I’m Not Wonder Woman,” of issues in a relationship in “History,” and again on “Last Word.”

In all “Bonfire” is a package of songs slanted toward optimism, but also touching human frailty that shows a well-rounded outlook on life.

McFeeters is a part-time performer who records albums when the material has had time to mature. There is no rush to get new material to the public as a way of maintaining a music career. It’s a way of making music on her own terms, a view that other musicians might take a lesson from.

As she writes in her promotional material for this release, “Over the years, I have continued to sing and write songs while enjoying married life, changing careers and founding the Aphasia Choir of Vermont, a group of stroke and traumatic brain injury survivors who can sing despite being nonverbal or having significant difficulty speaking.”

We hope we don’t have to wait another dozen years for another Karen McFeeters release, but if we do it will certainly be an album ready for daylight.

Go online to www.karenmcfeeters.com to order Karen McFeeters’ new CD “Bonfire.” You can preview “Bonfire” and her three previous albums on Apple iTunes, Spotify, and Pandora.