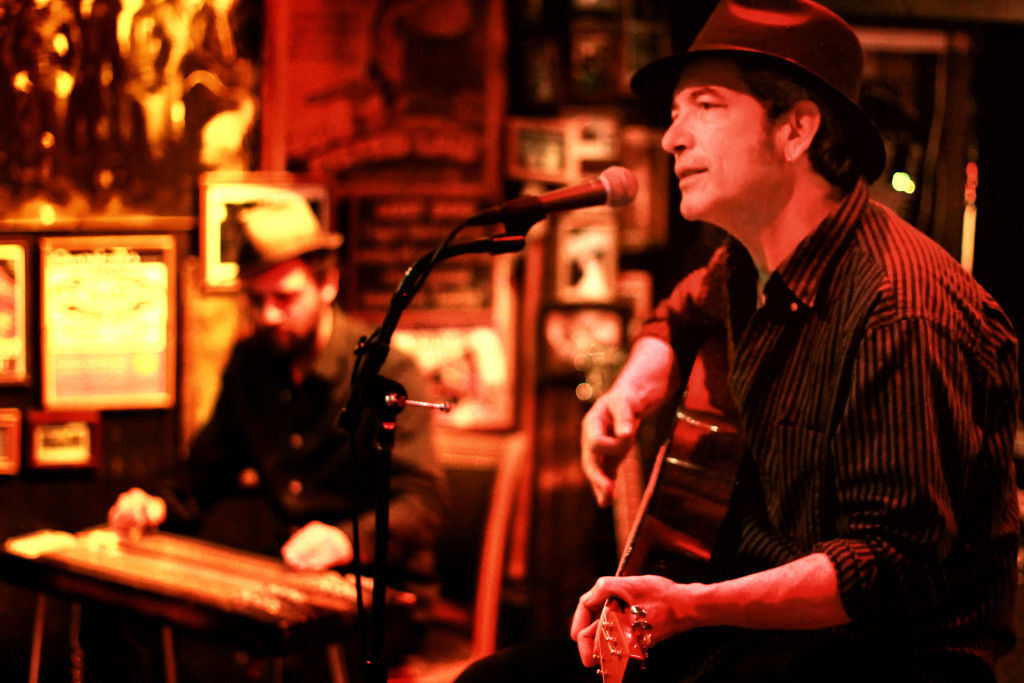 Montpelier country singer-songwriter Mark LeGrand has been inspiring central Vermont audiences with his personal message since 1967. His new album, “A Twenty Year Retrospective 1997-2017,” encapsulates that and his recording career. 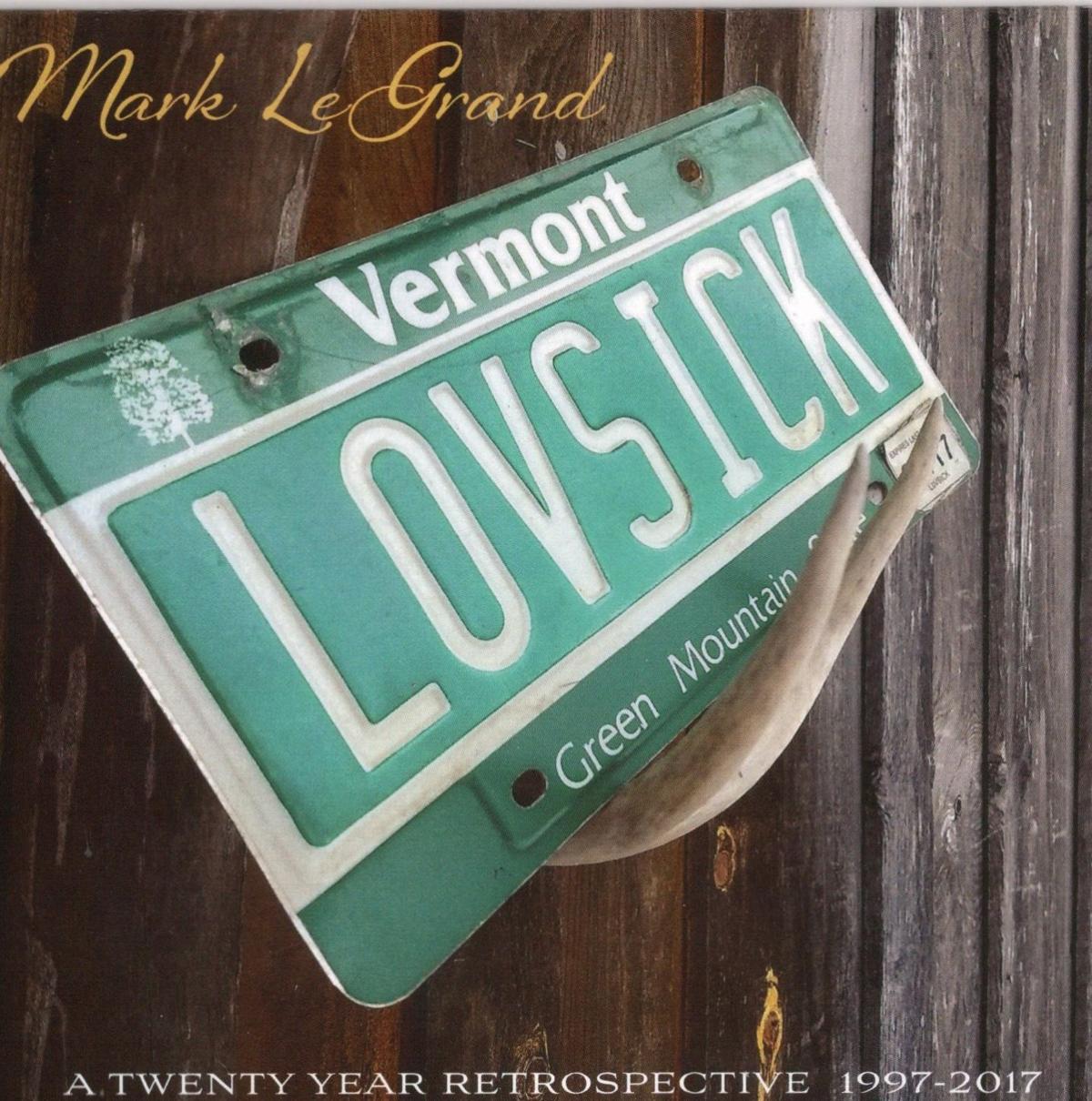 Montpelier country singer-songwriter Mark LeGrand has been inspiring central Vermont audiences with his personal message since 1967. His new album, “A Twenty Year Retrospective 1997-2017,” encapsulates that and his recording career.

Why release a retrospective when you’re hardly at the end of your career? According to LeGrand, “During this pandemic it occurred to me that this 20-year period was significant to our Vermont music community as all of the musicians and recording engineers on the album have lived here and made music in these parts and most still are. Vermont music fans will recognize the 17 talented musicians who appear on this record.

“Having played music professionally in Vermont since 1967” LeGrand said, “the sounds of old Green Mountain road houses and honky-tonks reverberate in this music.”

The album is by no means a coda to his career, but should be a welcome addition to his recorded work or an invitation to those unfamiliar with this talented performer. Unlike some country music performers, LeGrand actually has something to say.

As we wrote in review of his 2017 EP “Wrong Turn,” “Mark LeGrand is an astute observer of the effects of opiates and other drugs, and the desperation that currently afflicts much of hardworking America. ‘Wrong Turn’ is an accurate title for what he sees as the problems with society.”

The new album spans the years that LeGrand has been recording his songs, from 1997, when he got together with Spencer Lewis of Quartz Records in Bethel. That first album, “Mischievous Angel” was well received by the public. LeGrand, whose career in music began as an electric bass guitarist and singer, chose “Nothing Matters,” “When the Lights Turn Low” and “The Road Home” from that first album.

In 2002, we again heard from LeGrand on “All Dressed Up,” and he’s included “Shipwrecked Love,” “Staring in the Face of the Moon,” “Cheating Songs” and “Old ways.” Next was “Cold New England Town” from 2006, and we have “Hillbilly Hollywood” and “Mexico.” “Burn It Down” in 2014 produced “Into the Night,” “Burn it Down” and “More Hangovers than Hits.”

“Tigers Above, Tigers Below” performed with his wife Sara Munro came out in 2016, and is represented by “The Hank in Me,” “Tell Me Something” and “Doublewide.” LeGrand’s most recent album, an EP, was 2017’s “Wrong Turn,” with “Wrong Turn” and “Every Time I’m Getting Over You,” filling out the 17 tracks.

For LeGrand, this album was produced “Mainly because I wanted one disc to represent 20 years of my work. I like being a Vermont artist, and 20 years is a long time”

LeGrand is like many Vermont musicians who personally fund their projects because they don’t have a record label backing them. “The recordings on the retrospective have all been (do-it-yourself) including all production costs so these 20 years represent that part of my work.

“I have never done a crowd fundraiser, so I have a lot invested in this work,” LeGrand said. “I see my job now as serving the songs as well as I can. They are here for a reason, and this is my life’s work regardless of any outcomes.”

According to LeGrand, “When one can pick the best songs, it makes a nice collection, not unlike a full set of music in a concert. This CD is just shy of an hour long.”

In past reviews of LeGrand’s recordings, we’ve been big boosters of his work. We said of 2002’s “All Dressed Up” and 2006’s “Cold New England Town,” and 2014’s “Burn It Down” that, “These recordings established him as an insightful lyricist, warm-voiced singer and band leader.”

LeGrand’s songs over the years represent a specific view of the world, one that was born and nurtured in New England, primarily in Vermont. Although a native of Connecticut, he has lived here since 1967. His early music career found him playing roadhouse dives along Route 22 in New York State.

We’ve always liked LeGrand’s voice, which is “as relaxed as a mint julep and is imbued with Willie Nelson overtones.”

We liked his 2017 release “Wrong Turn” which in five tracks told the story of what is happening to much of America’s disaffected middle class as they descend into drug and alcohol abuse. We’re glad he included “Every Time I’m Getting Over You,” from that EP. On that track LeGrand got into the meat of this recording, which is drug and alcohol use. In this song he sings about how poorly the protagonist deals with a love lost. The recourse is to bury his feelings in drink and drugs.

LeGrand says he’s got a new album of songs in the writing stage and hopes to record it in the near future. While he’s content to be a local performer, one who is just a regular guy and easily accessible to his audience, he has managed to write and record material that is worthy of a 20-year retrospective.

“I cherry picked these records,” he said, “to put forth a set of music in chronological order not unlike a musical performance with hopes that folks will enjoy listening and look forward to the day we can all get back to playing and listening to live music again.”