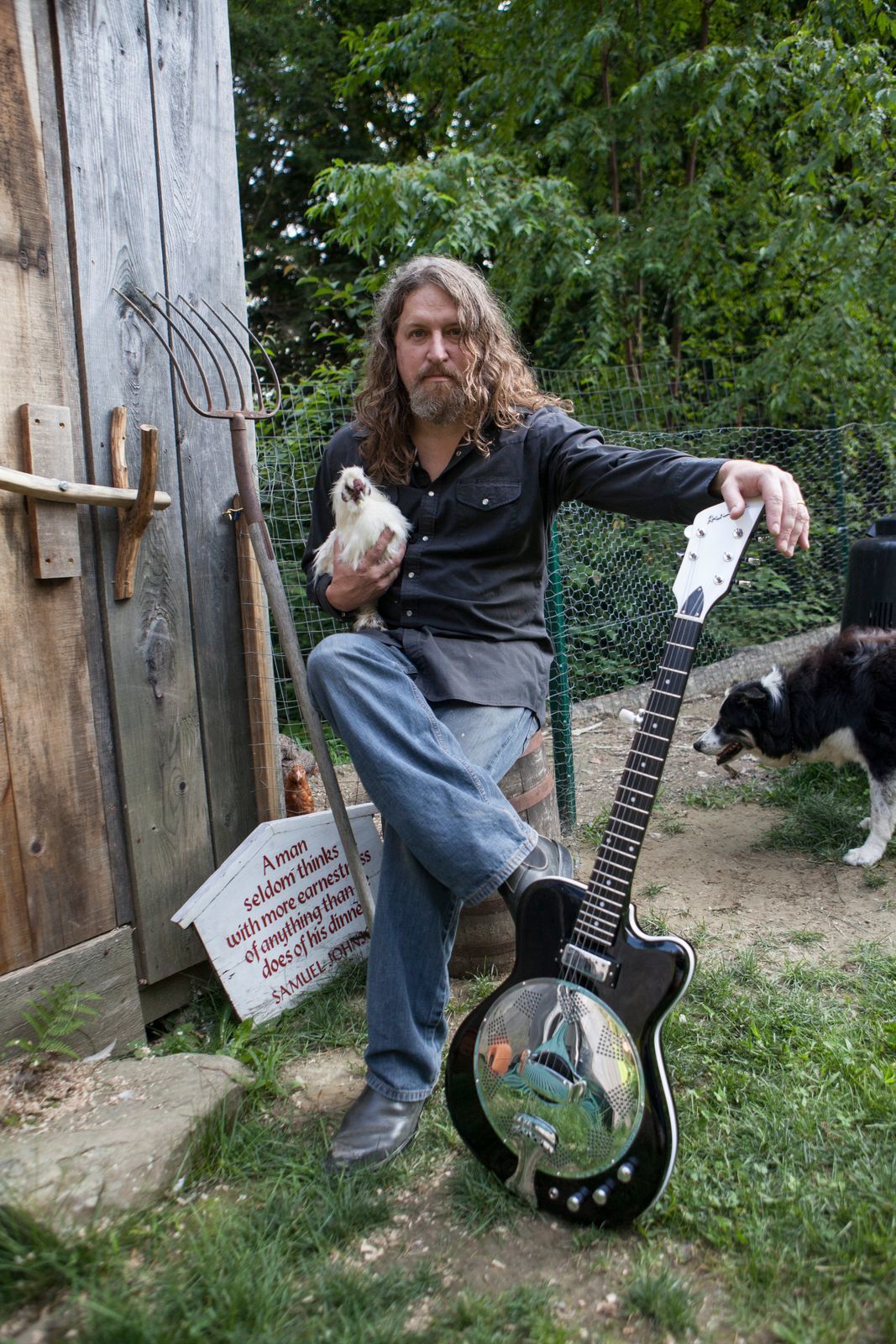 Singer-songwriter Bow Thayer, pictured at his Stockbridge home, has used the COVID-19 pandemic to work on new material and record it. 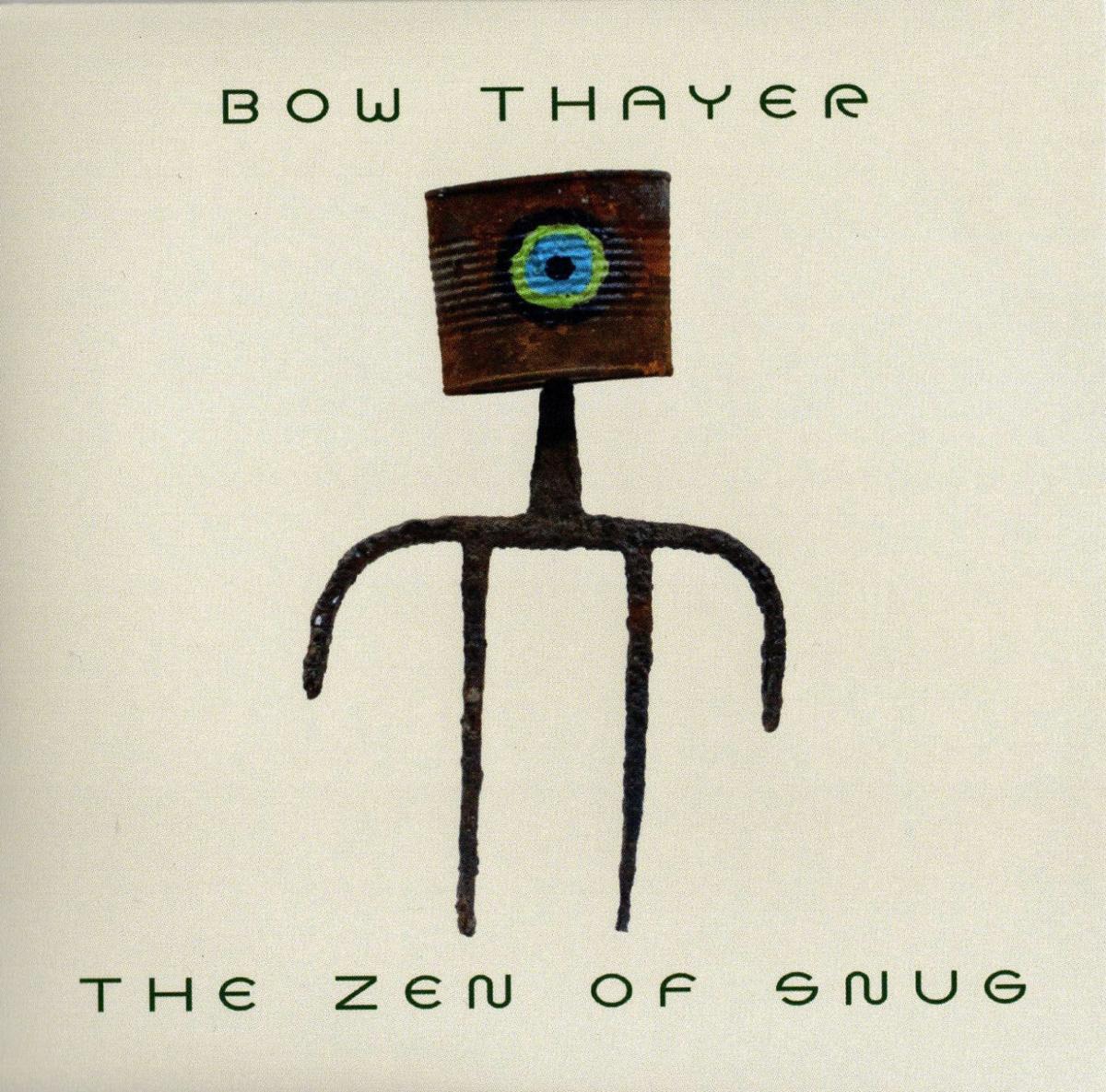 Singer-songwriter Bow Thayer, pictured at his Stockbridge home, has used the COVID-19 pandemic to work on new material and record it.

The COVID-19 pandemic presented musicians with a dilemma, bemoan the lack of performance opportunities or get to work on new material and get it to the public in whatever way possible. Bow Thayer, the Stockbridge based singer-songwriter and multi-instrumentalist chose the latter.

In what must have been an enormous surge of artistic energy Thayer has released seven singles and six improvised “Soundpaintings” from his “Choirs of Aether” project, released a double album with his old timey, non-traditional string band The Benders, and co-written an album under the name “Beau Bow de Lune” with guitarist Val McCallum.

Thayer’s artistic energy has also led to a solo recording, “The Zen of Snug.” The title is suggestive of the material Thayer explores as he tries to make sense of a world that is spinning out of control with political and health upheaval, and the concerns we have, and how to find togetherness in this time of great division.

Fans will find the music and instrumentation on “Snug” much more familiar and conventional than recent forays into jazz and improvisational work. This album rings with elements of Appalachia, blues, cosmic Americana and progressive rock. Thayer plays guitars, his “banjitar,” a banjo-guitar hybrid, and banjo.

The 11 tracks on “Snug” cover a range from soft rock, blues, swamp rock, country rock, acoustic rock and progressive bluegrass. All are presented in very danceable, beat-oriented music in the friendly confines of the style of music that fill Thayer’s catalog, built over 25 years as a Vermonter.

Thayer’s band is solid, backed by his longtime drummer Jeff Berlin and bassist Jeremy Dryden, and with contributions from McCallum on guitar and vocals, Dana Colley on sax, and Chris McGandy on pedal steel guitar.

The overall sound of the album has the familiar to Thayer fan’s touch due in part, to his longtime production partner, three-time Grammy Award winner Justin Guip who worked with Levon Helm (a Thayer mentor), Larry Campbell and Hot Tuna in the past.

As Thayer has grown as a musician and recording artist over the years, releasing 33 albums, he’s been able to stretch both his musical chops and lyrical abilities. Thayer wants to be a poet of powerful allusions and lyrical prowess, building his message in unconventional ways. In this goal, for this writer, Thayer doesn’t always hit his mark. His lyrics are somewhat enigmatic and puzzling.

Track one, “Earthling,” a soft rocker, begins: “I believe it’s just about time/ Coming up on the end of the line/ Just past another roadblock sign/ Leaning on its side/ Burning in the sunshine I take a turn for whatever it’s worth/ Where the pavement turns to dirt/ Where the energy starts to perk/ And the words give birth to a new kind of earthling/ I believe it’s time, I believe it’s time/ We redefine what’s normalized/ I can take a scorpion sting, I can hear the butterfly wings/ And the sound of the blackbirds singing/ Coming through a bullhorn Loud and clear/ To my neighbors on the east side/ To my neighbors on the west side/ All the neighbors on the north and south side I think it’s time we all look inside/ I think it’s about time I think it’s time/ We redesign what’s normalized.”

He’s much more successful in the lines of “Welcome to the Panic Room”: “Here comes POTUS, here comes Judas/ Been shooting craps with old Confucius/ We’re bellied up and we doubled down/ And the Russian roulette wheel goes round/ Welcome to the panic room.” This is in the best lyric tradition of Bob Dylan.

Thayer’s singing throughout is strong and emotive. His voice has matured over the length of his career and on “Snug” we hear many Dylan-esque overtones in his voice. He’s got the vocal chops and there is a clarity in his delivery that is welcome in this age of vocal mumbling.

“The Zen of Snug” is a welcome return to more accessible music from Bow Thayer. This talented musician shows us that even in difficult times, he’s more than ready to keep creating. We find him at his best when he keeps to his roots while maintaining clarity in his message.

The “Zen of Snug” and other Bow Thayer albums are available for limited free listening and purchase at bowthayer.bandcamp.com