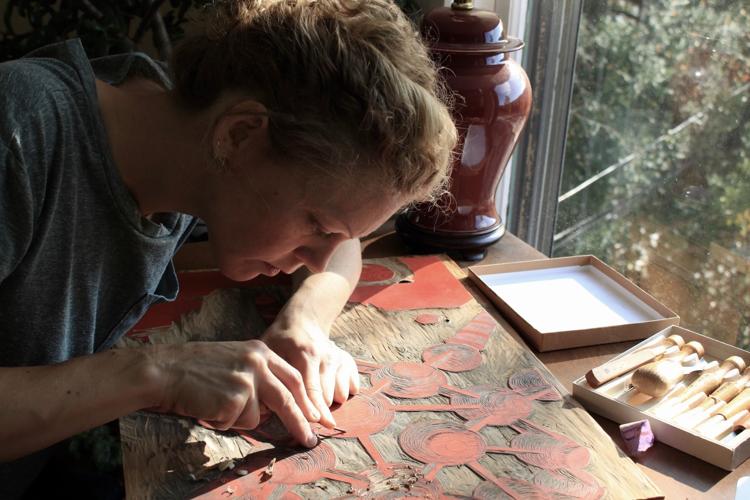 Autumn Tomlinson is the 2019-20 SPA Studio Resident in Barre. 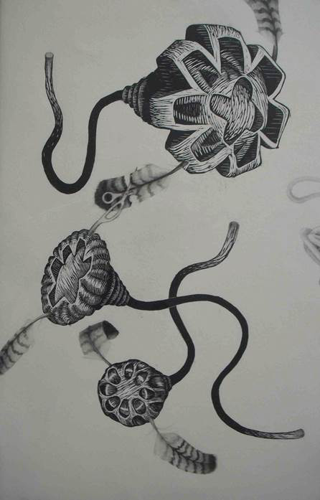 Autumn Tomlinson is the 2019-20 SPA Studio Resident in Barre.

Studio Place Arts (SPA) has selected artist Autumn Tomlinson to participate in its annual Studio Residency Program, which begins in mid-November and concludes in late October 2020.

Tomlinson is an emerging artist from Oregon, now living in Montpelier, who uses woodblock carving in her printmaking. She started woodblock carving in 2004 while attending the University of Oregon. In 2007, she graduated with a bachelors of fine art in printmaking and began teaching at the Material Exchange Center for Community Arts in Eugene, Oregon.

During her residency at SPA, Tomlinson will be creating a body of work mixing both the graphic nature of woodblock printing with the softness of graphite. Additionally, she will be sharing her printmaking skills with community members in informal workshops.

Upon accepting a position in Germany in 2011, Tomlinson’s interest in travel began, and she has lived and worked in Europe, Asia, Australia, New Zealand and Antarctica, which has helped inform her artwork. According to Tomlinson, she has, “found inspiration for her work in regional mythology, the sharing of personal histories, and the endless pursuit of growth through science and technological advancement.”

In the fall of 2015, SPA first tested the 11-month Studio Residency Program. A small private studio on the second floor of the visual arts center was provided at no charge to an emerging artist in the Barre-Montpelier area to build a new body of work for exhibition. The Studio Residency Program continues to receive significant interest, and artists are selected on a competitive basis.

Sue Higby, executive director of SPA, noted, “Timing is everything. There’s an enormous amount of raw talent in our local artist community; but, as artists are evaluated for this opportunity, who needs an extra bit of support right now in order to launch their work to a new level?”

The SPA Studio Residency Program has proven to be a success because it fills a need for artists who are jump-starting their careers. Many studio residency programs are short-term arrangements of two to four weeks. In contrast, the longer-term studio residency provided by SPA affords an emerging artist with access to the extensive community of visual artists who affiliate with SPA and the chance to integrate making art with their daily life.

The SPA Studio Residency Program gives artists an opportunity to interact with artists, instructors, and community members at SPA and it gives them time to focus, experiment, adjust and bring a compelling new body of work to culmination.