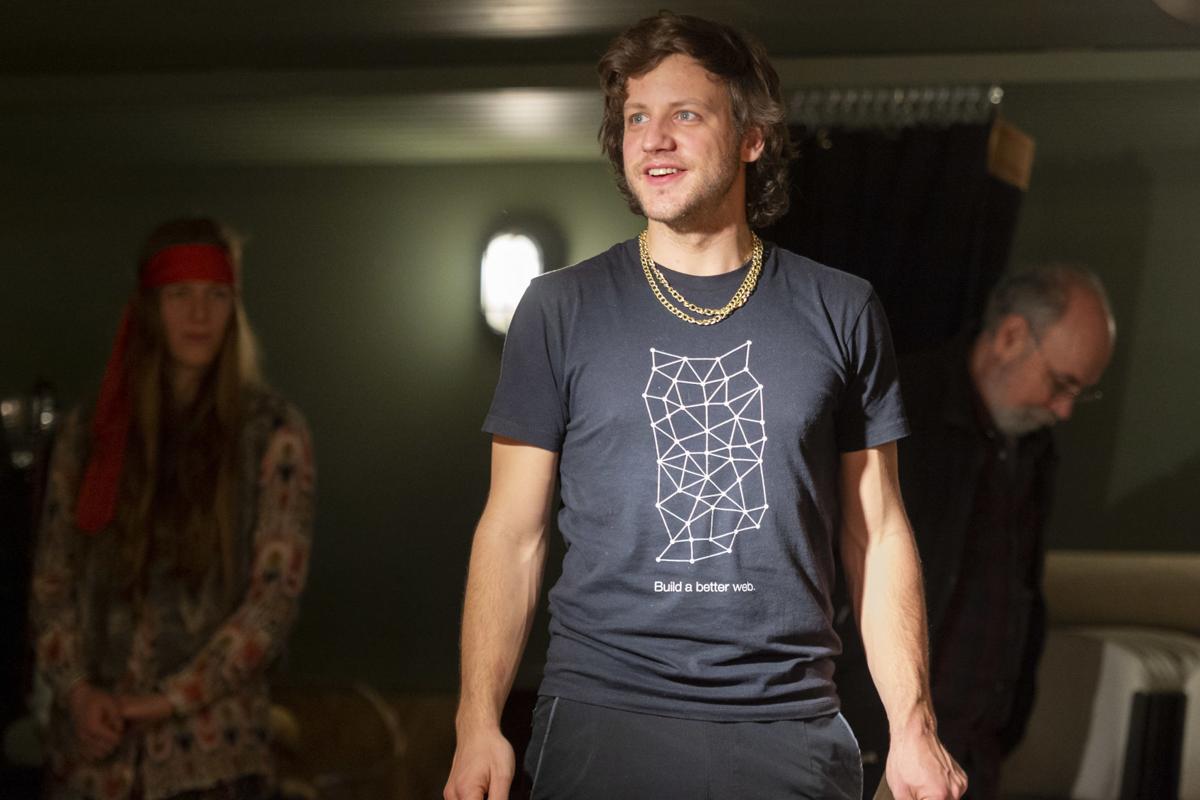 Richard Littauer, center, is Orlando), Sonia Howlett is Chantal, and Clarke Jordan is Duke Senior in the Plainfield Little Theatre production of Shakespeare’s “As You Like It.” 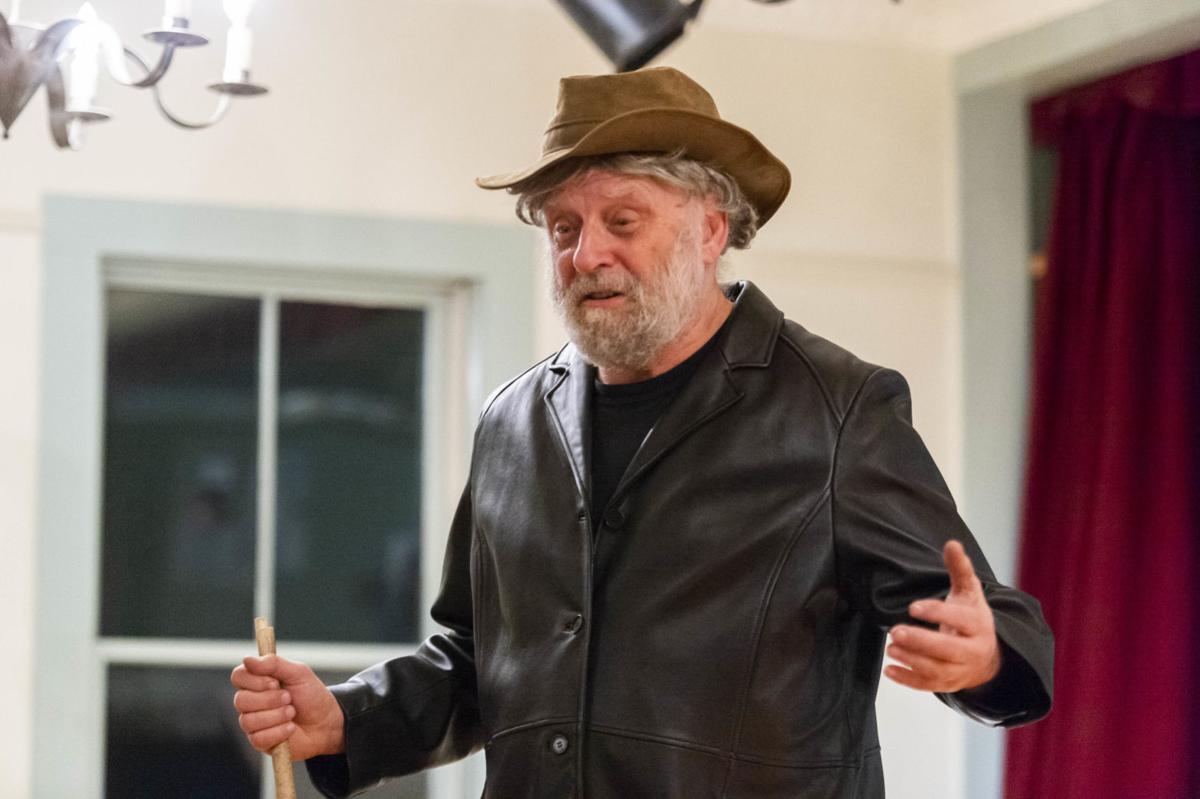 Richard Littauer, center, is Orlando), Sonia Howlett is Chantal, and Clarke Jordan is Duke Senior in the Plainfield Little Theatre production of Shakespeare’s “As You Like It.”

Tom Blachly, who has directed some 12 of Shakespeare’s plays, hasn’t until now tackled one of his most popular comedies, “As You Like It.”

“The reason I haven’t attacked it all these years is that it needs a really good Rosalind,” Blachly said recently by phone. “And I found one in Sorsha Anderson.”

While most of the comedies are ensemble pieces, Rosalind dominates “As You Like It.”

“You have to have a Rosalind who’s really sharp and takes the task seriously, and I feel that Sorsha does,” Blachly said of the Middlesex actor with professional experience. “She’s just grown into the role in a way. This is the fourth Shakespeare play I’ve directed her in. I think she’s inhabited the role.”

Blachly is directing the Plainfield Little Theatre’s production of “As You Like It” Feb. 13-23 at the Plainfield Town Hall Opera House. Performances are at 7 p.m. Thursday-Saturday, 2 p.m. Sunday.

Plainfield Little Theatre, perhaps the area’s oldest community theater, goes back to the 1930s and the heyday of the Opera House. Bill Blachly, Tom’s father and founder of Marshfield’s Unadilla Theatre, was part of it in the late 1970s. Tom and many of his cast members were participants.

“And then it sort of fell apart,” Blachly said. “About 10 years ago, Caleb Pitkin and I decided we would try to revive it. Since then, we’ve been doing stuff pretty regularly.”

First published in the First Folio in 1623, “As You Like It” follows its heroine Rosalind as she flees persecution in her uncle’s court, accompanied by her cousin Celia to find safety and, eventually, love, in the Forest of Arden. In the forest, they encounter memorable characters, notably the melancholy traveler Jaques, who speaks many of Shakespeare’s most famous speeches (“All the world’s a stage,” “Too much of a good thing” and “A fool! A fool! I met a fool in the forest”).

“It’s really a great play,” Blachly said. “It’s his lightest play. It’s his most upbeat and more celebratory play I think. You don’t find a lot of dark elements in it — and then there’s Jaques. He’s this melancholy philosopher who pops in and out. It’s full of happiness, romance and fun. It’s very fairytale-like.”

The play has been referred to as one that doesn’t have much of a plot.

“It’s front-loaded with the Duke’s court, the banishing of Rosalind, and Orlando’s escape from his brother’s clutches,” Blachly said. “But once you get to Arden, the action really slows down. Everybody’s just savoring this experience of being there.”

Shakespeare needed something at that point.

“And so he really began to develop this character of Rosalind,” Blachly said. “She disguises herself as a man, and why isn’t entirely clear. It’s a textural crux.”

Why doesn’t she just reveal herself at that point?

“She has a moment where she can do that because she’s escaped the court, and here they are in the forest. They don’t have to worry (about) being discovered anymore,” Blachly said. “And yet she makes this decision — Shakespeare doesn’t give us clear motivation for it — to continue this disguise, and then using it as a way to test Orlando’s love for her over several scenes. I suppose that’s why she does it.”

Blachly and the cast have discussed different reasons why she does it.

“That’s what really makes the play — these wonderful scenes between Rosalind and Orlando, and the repartee, and the development of her character,” Blachly said. “There’s a reason why Rosalind is one of the most beloved characters in Shakespeare. She’s just so charming and so witty and so feminine — even though she’s dressed like a man — and she just seems to capture what it’s like to be in love — what love’s all about, what relationships are all about.”

Blachly’s production is taking the action to the counterculture of the 1960s.

“I felt it was appropriate because they are in this kind of country world, like Vermont in the ’60s, when people were coming back to the land and escaping the city,” he said. “You have these wonderful interchanges between the people who live there — the shepherds — and the court people.”

Blachly began directing Shakespeare in 1992 with “Measure for Measure.”

“I got started with something easy, ‘Measure for Measure,’” he said, laughing. “That’s an ambitious play. I didn’t know what I was doing. I learned a lot.”