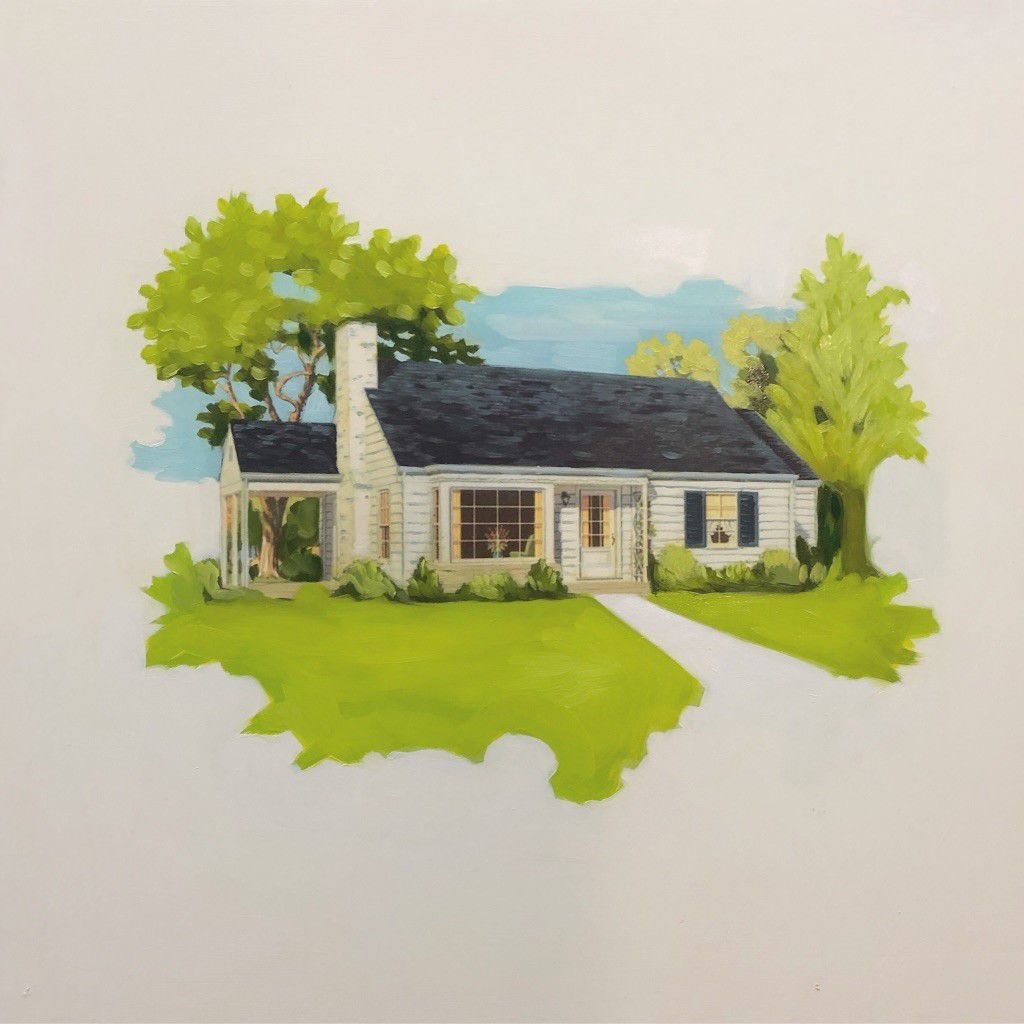 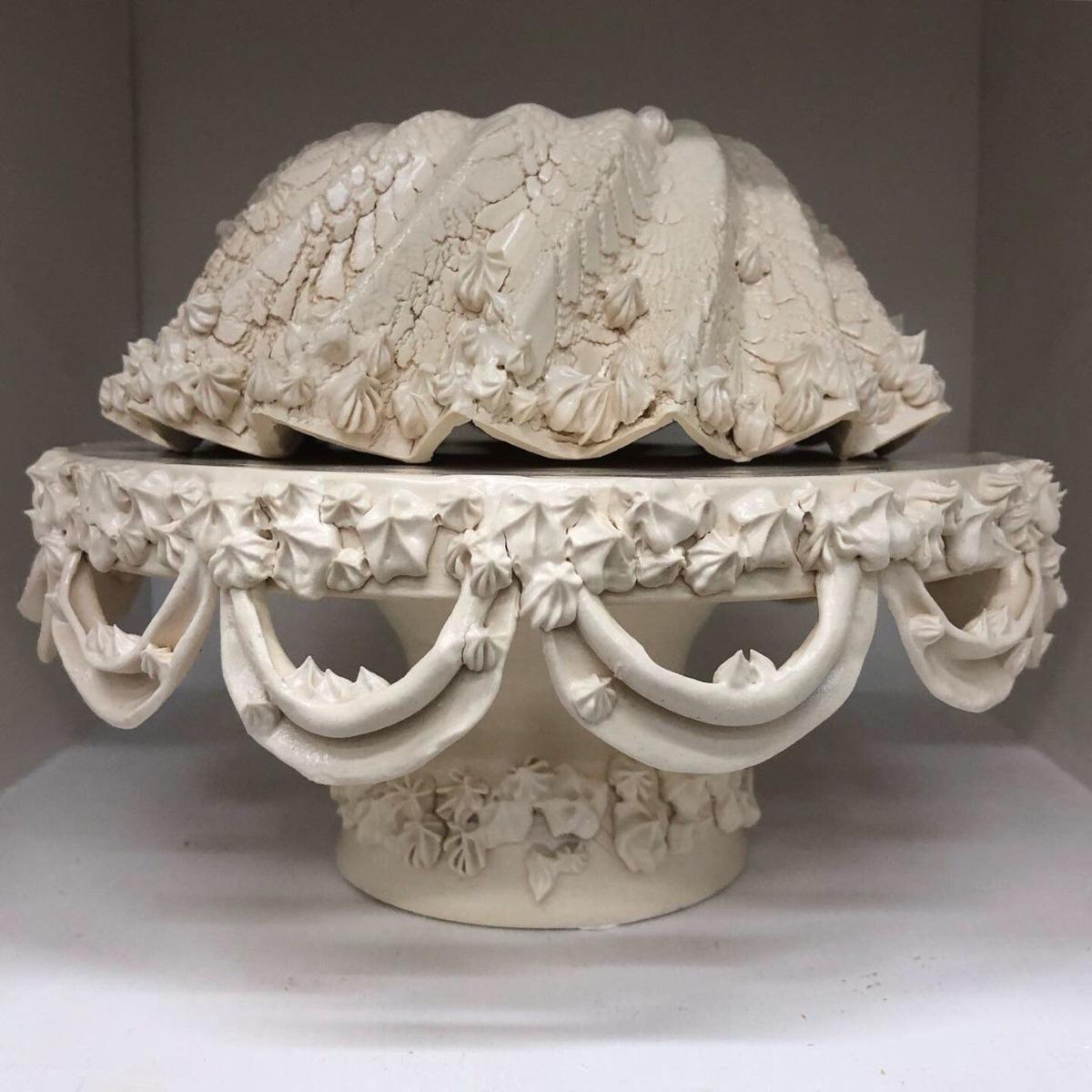 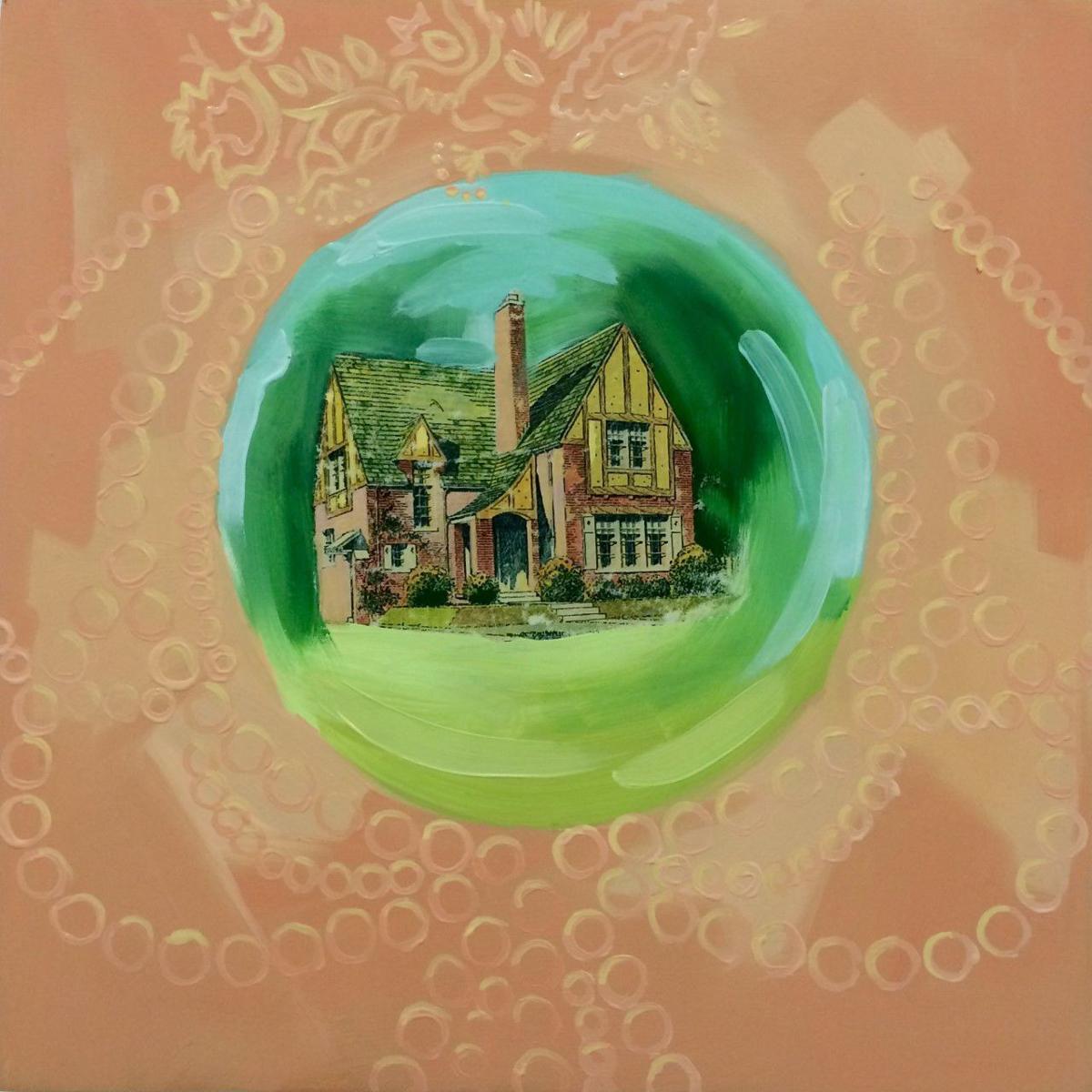 There once existed an ideal of what it meant to grow up. It was sold to us in ads and in what our parents had or strived for. Picture perfect idyllic houses, green lawns, flawless neighborhoods. A family, maybe a boy and a girl, and one on the way. And with it was the stability and happiness it promised to provide.

It was called the American Dream, and it stood as the pinnacle of the good life, but does that dream still exist in 2020? As a realistically attainable dream?

Today nearly 40% of American adults struggle to pay for at least one basic need, health care, housing, utilities or food. At a time when home ownership becomes more and more elusive, there is a tension between the American Dream of owning a home and the struggle to achieve it.

New York City artist Emily Bicht dissected the issue in her current body of work: the idea of a home as a reflection of the tension between reality and expectations.

“I am part of a generation that is really the first American generation unable to expect a better quality of life than the preceding one,” Bicht said by email recently. “For the past 40 years, wages have stagnated while basic living costs (housing, health care, education) have ballooned. Pensions have been almost entirely eliminated and replaced with an untested alternative of 401K investments. I grew up with the lingering myth of owning a home, a two-car garage, 2.5 kids and white picket fence, combined with the anti-establishment, DIY (self-sufficiency) ethos of punk.”

“The work grows out of exploring these myths, the promise of stability, the rejection of those values and ultimately their inaccessibility,” Bicht explained. “Everyone deserves to have their basic needs met. And those needs include stable housing, free health care and a livable wage.”

Bicht’s ideas are embodied and represented in domestic items and retro imagery like detailed ceramic wedding cakes, nostalgic paintings of pre-war “Dream Homes,” a series of drawings inspired by “Mother’s Encyclopedia” from 1969, and “Franklin Mint” plates.

“Creating a piece is multifold,” Bicht said about her creative process. “There is the initial germ of an idea, the material and the process.”

“Not every concept works in every medium,” she said. “There has to be a considered relationship between the medium and the subject or concept. In addition, I necessarily react to the piece itself in the process; my initial idea may completely change and most often it sparks many more ideas.

“This is a good time to start another piece or have several in process at the same time,” Bicht said. “While creating a piece, there’s a typical arc: This is amazing; this is harder than I thought; this is terrible; why did I ever start this?; this might be OK; this is good.”

And for Bicht, it’s a concept on par with art imitating life imitating art.

“In art and in life,” she concluded, “it’s important to be 100% committed to the process and totally divested from the outcome. Most important of all, it has to be fun. Even the part where it feels terrible.”