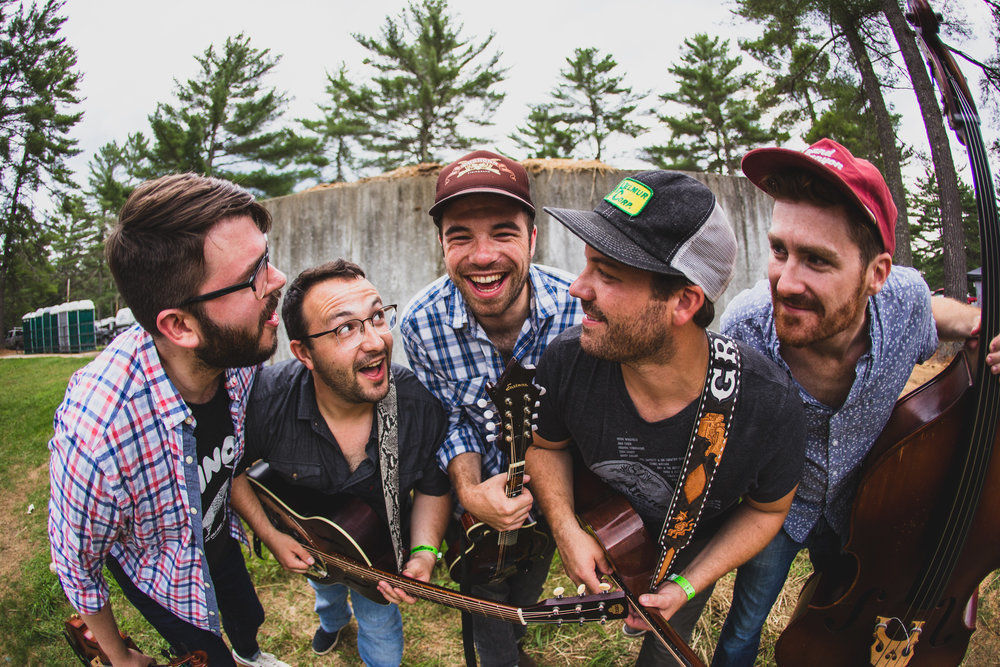 Top left and right: Grain Thief will play at the Zen Barn in Waterbury on Saturday. 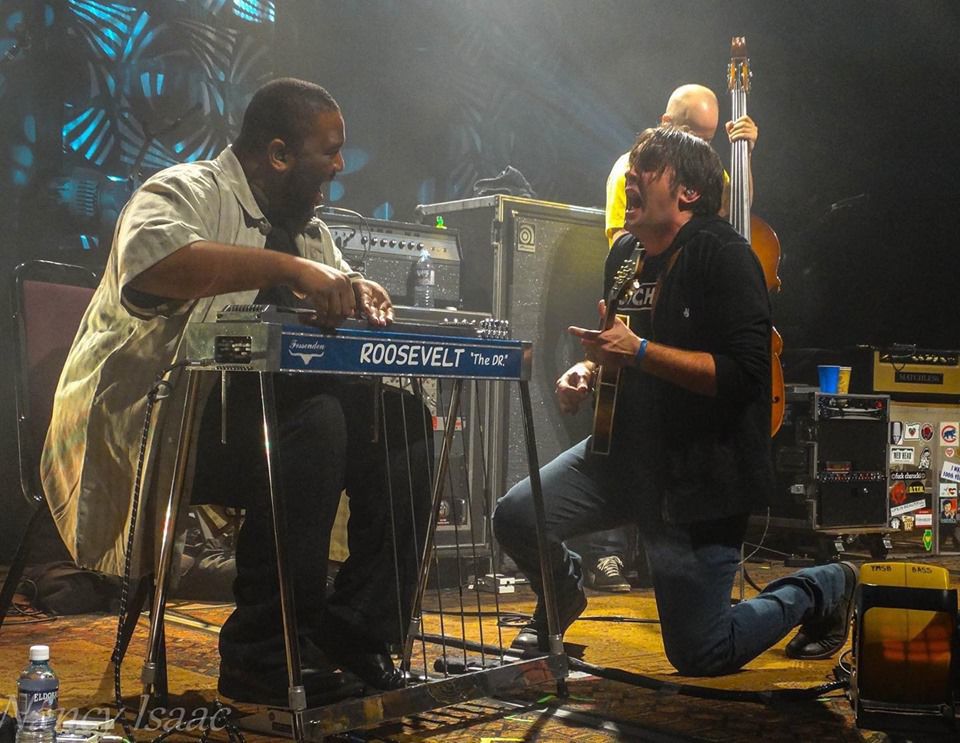 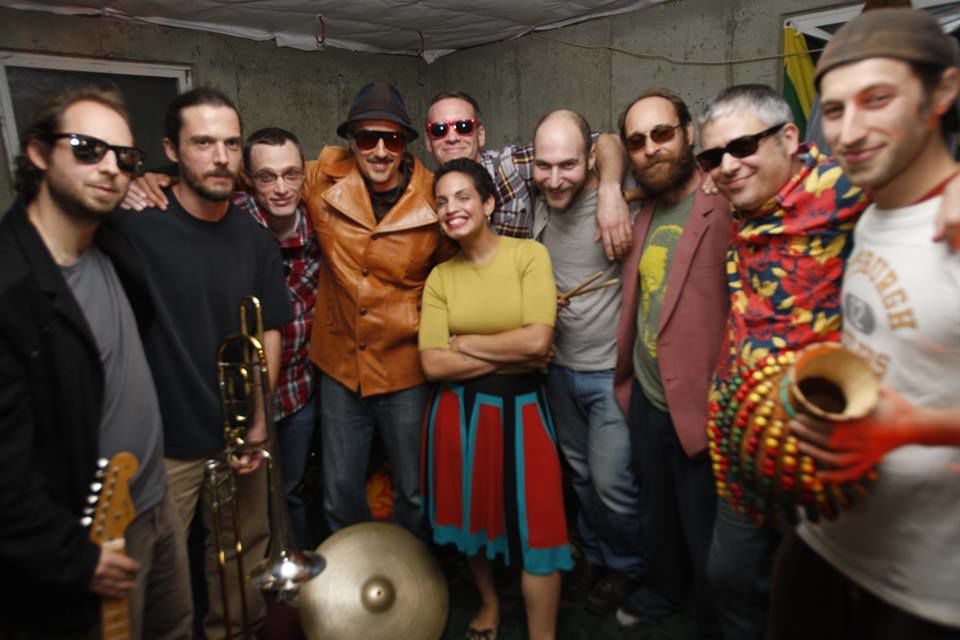 Top left and right: Grain Thief will play at the Zen Barn in Waterbury on Saturday.

Autumn has officially arrived here in our majestic Green Mountains, and we can look forward (or with trepidation) to cooler temperatures and breathtaking color over the next few weeks. We can look at the busses full of tourists that will be passing through the same way. As the temperatures cool off, however, the music scene generally heats up; if it’s too chilly to be outside at night, why not go out on the town? Here’s a bunch of options.

Back in the early summer, bartender extraordinaire Jeffrey took over the booking at Charlie O’s. From experience I can say that it takes a bit of time to get your legs under you when trying to coordinate a schedule for multiple nights a week months in advance, and it seems he’s getting there. There are an increasing amount of new acts entering O’s rotation, as well as some notable favorites returning on a regular yet not over-exposed basis. Tonight, one of those new acts will debut at O’s when blues/rock/reggae act Blue Dream takes the back of the barroom starting at 9 p.m. I don’t know what to expect from them (try Googling “Blue Dream”...good luck with that).

On Friday night, Shokazoba return to the land beyond the pool tables with their horn-driven, Afro-funk sound in tow. “With a groove so funky you can smell it, they blend several different genres in a mixer and leave the listener convulsing to the sounds. From Jazz to Funk to an addicting West African beat, they have developed a wonderfully unique soundscape that fits perfectly with the inspiring message the band delivers.” (bandsforbernie.com.). Sounds like a good one for folks who want to dance. On Saturday night, O’s has one of my favorite local acts returning when The Screwtape Letters make a rare appearance. Though they are generally classified as a punk band, there’s much more to them than that. Lead singer and bandleader Jason Hagler is obviously a fan of one of my all-time favorite bands, Ween, and the influence shows in “Screwtapes” unique original material. This one gets my pick of the week, and will especially appeal to those who like things a bit weird. The latter two shows also start at 9 p.m.

There’s another couple of great shows featuring a triple bill of both local and national artists going on this weekend, with the series being hosted by actor and Cabot resident Luis Guzman. The first installment of what is being billed The New Moon Concert Series happens this weekend, starting Friday night at Higher Ground in South Burlington. We’ve got two more nights closer to home, however. Headlining the bill will be Florida-based sacred-steel player Roosevelt Collier, a master of the craft who grew up alongside his uncles and cousins, the Lee Boys, known for their high-energy, soul-shaking live performance. They’ll be joined by Burlington rockers The Lemon Flyers and the sprawling local act known as The Backline Collective, an eclectic who’s-who of some of our most talented local players. The three acts will play The Goddard College Haybarn on the campus in Plainfield on Saturday night. If you miss that one, you can catch them on Sunday evening at Montpelier’s newest performance space, Rabble Rouser, on Main Street here in the capital. Tickets for the 8 p.m. show at The Haybarn are $15 in advance, and $18 at the door. No word on the cover at Rabble Rouser, but my guess is it will be similar.

Heading in the other direction, to Waterbury Center to be exact, the Guptil Road hotspot known as Zen Barn continues to impress with its excellent programming on a weekly basis. On Friday night, award-winning Portland, Maine-based indie-folk group Golden Oak bring their soulful sound to the ‘Zen stage, with Burlington-based Zack DuPont providing support. The show starts at 9 p.m. for $7 in advance and $10 at the door. On Saturday night, things keep chugging along at the ‘Zen with acclaimed Boston-based Americana string band Grain Thief “Boston-band Grain Thief distinguish themselves from the legions of fresh-faced East Coast kids packing mandolins and banjos, in that they use vintage Americana rather than emo or corporate American Idol pop as a springboard for their songs. And they tell some great stories, and have serious bluegrass chops.” — (New York Music Daily). They’ll be supported by the lovely-named local songwriter-led duo Cowboys and Angels. That one starts once again at 9 p.m. for $8 admission. And the ‘Zen doesn’t just do nightlife. On Sunday they’ll host Beefamily Fest, a family-friendly event celebrating, well, bees of course. There’ll be informative and fun workshops and a performance by the Honeybee Steelband starting at 4 p.m., for donations. For tickets and more info on all things ‘Zen, visit www.zenbarnvt.com.

Though things are largely being driven indoors these days, there are still a few outdoor events going on as fall sets in. On Friday evening you can catch Western swing act Big Hat No Cattle at Fresh Tracks Farm Winery’s Friday Night Fires music series, just off Rt. 12 in Berlin. This will be your last chance to enjoy the tasty local food, wine, and of course music, as it is the last event of the season. Get outdoors for music one last time starting at 5 p.m.

Back here in the capital, you can rely on Sweet Melissa’s on the corner of Elm and Langdon Streets for live music nearly every night of the week. Tonight, Granite City outlaw-country artist Tim Brick performs at 8 p.m. On Friday night, it’s jam-rockers with a historic twist when The Vermont Brigade play their brand of original rock inspired by civil war-era letters home from Vermont soldiers. That one kicks off at 9 p.m. On Saturday night, Umlaut plays the early slot at 6 p.m., with a TBA on the schedule for 9 p.m. You might want to stop by to check that out as you never know what ‘Mel’s has up their sleeve. Finally, on Sunday, it’s the ever popular live band karaoke with The Butcher Blocks starting at 8:30 p.m. Expect a nominal cover on Friday and Saturday nights at ‘Sweets.

That wraps up this week. Until next, get out and about before the winter sets in, and go see live music.