PLAINFIELD — Residents have voted down two articles that would have done away with in-person town meeting.

The town usually holds its annual meeting in person at Town Hall on Town Meeting Day. This year’s vote took place by Australian ballot because of the coronavirus pandemic. The vote was scheduled for April 6 instead of the first Tuesday in March to help accommodate Twinfield Union School’s budget process, which school officials said was delayed as a result of the pandemic.

The Select Board decided to add two articles to this year’s warning that asked if the town should decide the budget and any special questions by Australian ballot. The articles were added after resident Gary Graves asked for them and pointed out the town has a little more than 1,000 residents on its voter checklist, but only about 100 residents attend the in-person meeting. The town’s budget is typically decided on, and sometimes altered, at that meeting.

The board received significant pushback from residents who said the questions should not have been put up for a vote without a townwide discussion first.

The question is now moot, but residents had wondered whether the articles were binding or even legal. State law dictates a municipality cannot vote via Australian ballot to move to using such a ballot. But legislation passed in response to the pandemic might have suspended that restriction.

In response to the public pushback, board member Tammy Farnham announced last month she would not be seeking reelection. Farnham said she didn’t have the “time, energy or knowledge” the board needs right now with multiple large projects underway, including a fix for the Route 2 intersection and the installation of a pedestrian bridge at that intersection.

Her name was already on the ballot because she had been running unopposed and ballots had already been sent out and returned when Farnham made her announcement.

Farnham did not respond to a Tuesday email, but if she does not accept her new 3-year term, the board’s remaining two members are expected to pick her replacement in accordance with the town’s charter. That replacement would serve for 1 year and residents will vote on who will serve the remaining 2 years on Town Meeting Day. Residents have been collecting signatures for a petition asking the board to hold a special election this year for Farnham’s seat.

Town Clerk Linda Wells said 409 absentee ballots were requested and 309 of them were filled out and returned. Wells said 32 residents voted in person Tuesday. 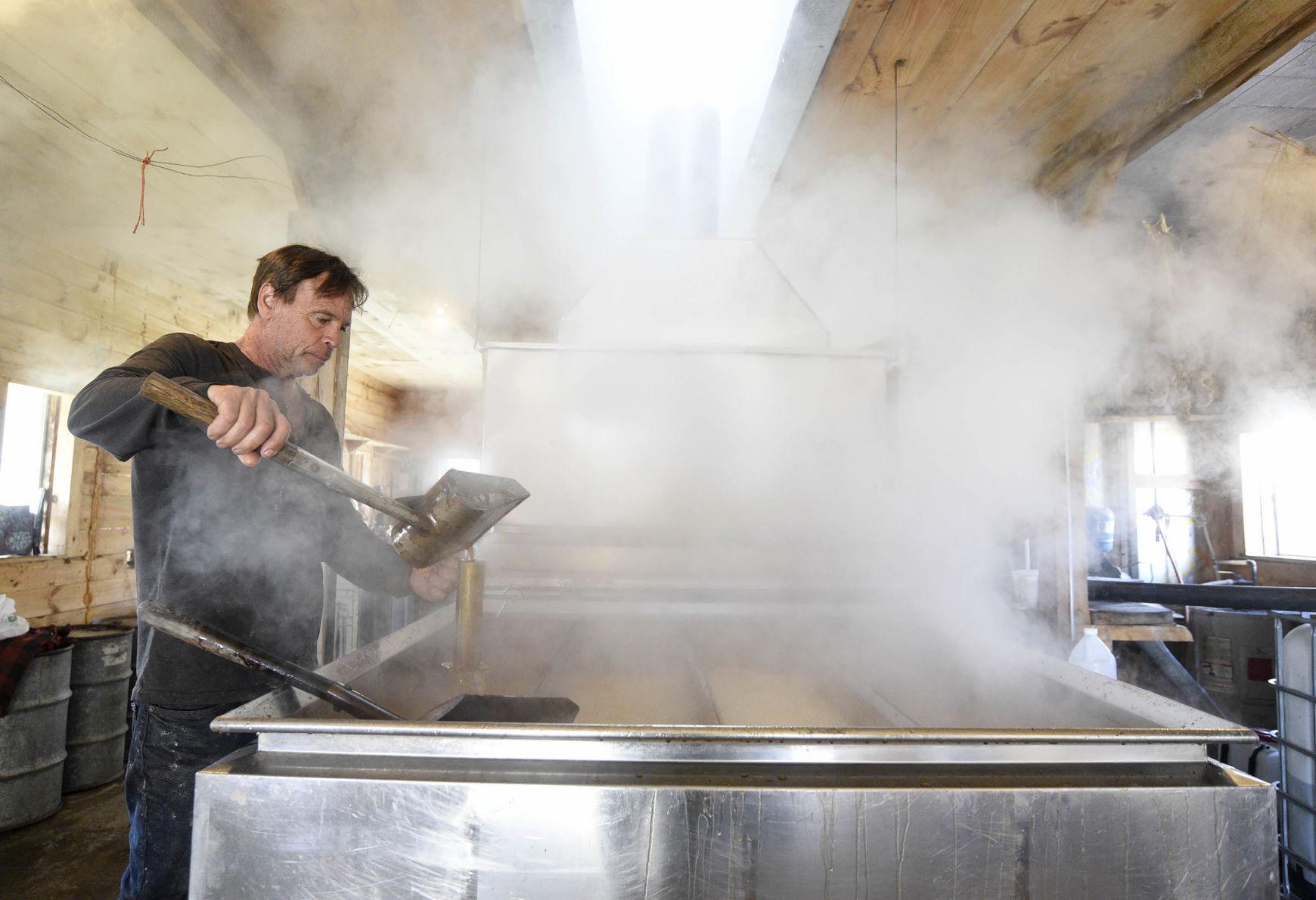 Dave Hartshorn checks syrup while boiling Tuesday at his organic farm’s sugarhouse in Waitsfield. Hartshorn has close to 6,000 maple taps this year.

BARRE — Itching to announce the expansion of in-person instruction for the Barre Unified Union School District’s oldest students, school officials opted to scratch tentative plans to do just that in the absence of revised state guidance they had expected would be released on Tuesday.

That lack of state guidance prompted Superintendent David Wells to press pause on a plan he and some of his principals outlined during virtual interviews he arranged Tuesday morning.

At the time, Wells was anticipating new state guidance reflecting revised recommendations from the Centers for Disease Control and Prevention (CDC) would be released later in the day.

That didn’t happen before, during or after Gov. Phil Scott’s news conference, and Wells said a solution he had hoped to implement starting next Monday would have to wait until after students return from their spring break on April 26.

That’s the new target, according to Wells, who shared it with the broader school community Tuesday afternoon.

Earlier in the day, Wells said plans that are the product of weeks of behind-the-scenes work by school administrators will require communicating in an unrushed way with parents of seventh- and eighth-graders at centralized elementary schools in Barre and Barre Town, as well as students at Spaulding High School.

Most of those students are currently in school 2 days a week and learning remotely the other three. Because of concerns associated with COVID-19, that has been the case since school opened last September and it remained the case after the district’s K-6 students pivoted to a schedule that includes 4½ days a week of in-person instruction earlier this year.

Hamstrung by state guidance requiring older students be seated at least 6 feet apart while in class, those in grades 7-12 have stuck with a hybrid schedule that has roughly half of them in school on Mondays and Tuesdays, the other half on Thursdays and Fridays and all of them learning remotely on Wednesdays.

It is a schedule that’s left some parents clamoring for more in-person instruction for months and it is one Wells thought was days away from being retired given last week’s promise that new guidance would be released this week.

The new guidance is expected to parrot the change approved by the CDC relaxing the suggested classroom separation for K-12 students from 6 to 3 feet. That adjustment would solve the space problem that has forced Barre and several other school districts to stick with hybrid learning arrangements for longer than many parents would like.

Wells is confident the end is near, though not as near as he had hoped on Tuesday morning.

Joined by both of his middle school principals and the principal of Spaulding High School, Wells outlined a plan that won’t change anything for preschool students, but will enable seventh- and eighth-graders at Barre City Elementary and Middle School and Barre Town Middle and Elementary School to return to “full in-person” instruction on Mondays, Tuesdays, Thursday and Fridays. With the exception of a half day on Wednesdays, those students will be in school for 6-hour days.

In order to share buses, the school day for K-6 students in Barre Town runs from 8 a.m. to 2 p.m. four days a week with a shorter day on Wednesday and Barre students are in class from 9 a.m. to 3 p.m. Though students are dismissed at both schools after lunch on Wednesdays, Wells said those afternoons are used to provide interventions for students who need them.

Had the state released new guidance on Tuesday, seventh- and eighth-graders would have started that same weekly schedule on Monday. However, Wells said he now plans to make that pivot after students return from a week of vacation on April 26.

It is a two-week delay, but only one week of actual class time.

Barring any surprises, students at Spaulding High School will return to 5 days a week of in-person instruction on April 26. The school day will continue to run from 7:35 a.m. to 12:25 p.m. and end with students eating lunch before heading for home.

The revised high school schedule includes time for all classes — including band and chorus. The latter courses will still require students to be 6 feet apart.

Wells said adults in all three schools will be required to maintain 6 feet of separation from each other and from students and students in grades K-8 will need to spread out while eating lunch.

Both middle school principals — Chris Hennessey in Barre and Erica Pearson in Barre Town — said that shouldn’t be a problem. Both said a lot was learned from the surprisingly smooth return of younger students earlier this year and the arrival of warmer weather will create even more outdoor opportunities they will be quick to exploit.

“We’re getting good at being flexible,” Hennessey said.

Pearson said seventh- and eighth-grade teachers at Barre Town are eager to welcome their students back on a more regular basis.

“It’s the most excited I’ve seen them,” she said.

“Our entire Barre Town family will be together for the first time since last March,” she said.

Spaulding Principal Brenda Waterhouse said the feeling was the same at the high school.

“The 5 days a week schedule is going to be amazing for staff and students alike,” she predicted.

Though Spaulding students will be dismissed at lunch time, teachers there will spend the balance of their afternoons providing instruction to students who opted for fully remote instruction and providing proficiency supports for students.

Waterhouse said providing those academic supports is an important part of the district’s recovery plan.

Some details have yet to be worked out and the unexpected delay buys more time to finalize and share them.

One involves student transportation. Hennessey and Pearson said bus routes are in the process of being evaluated and possibly adjusted to safely transport students to and from school. Changes are more likely in Barre Town and that might mean some pickup times will change.

Wells applauded administrators for their efforts.

“I feel really good about the work my team has done,” he said, suggesting the district was ready to implement the plan.

Now it is waiting.

The 46th Annual Paul Mailman 10-Miler and 5K will return April 24 to kick off the Central Vermont road racing season. B1

“In a time when technology is one of the only ways many can maintain connection, I implore all of us to respect one another.” 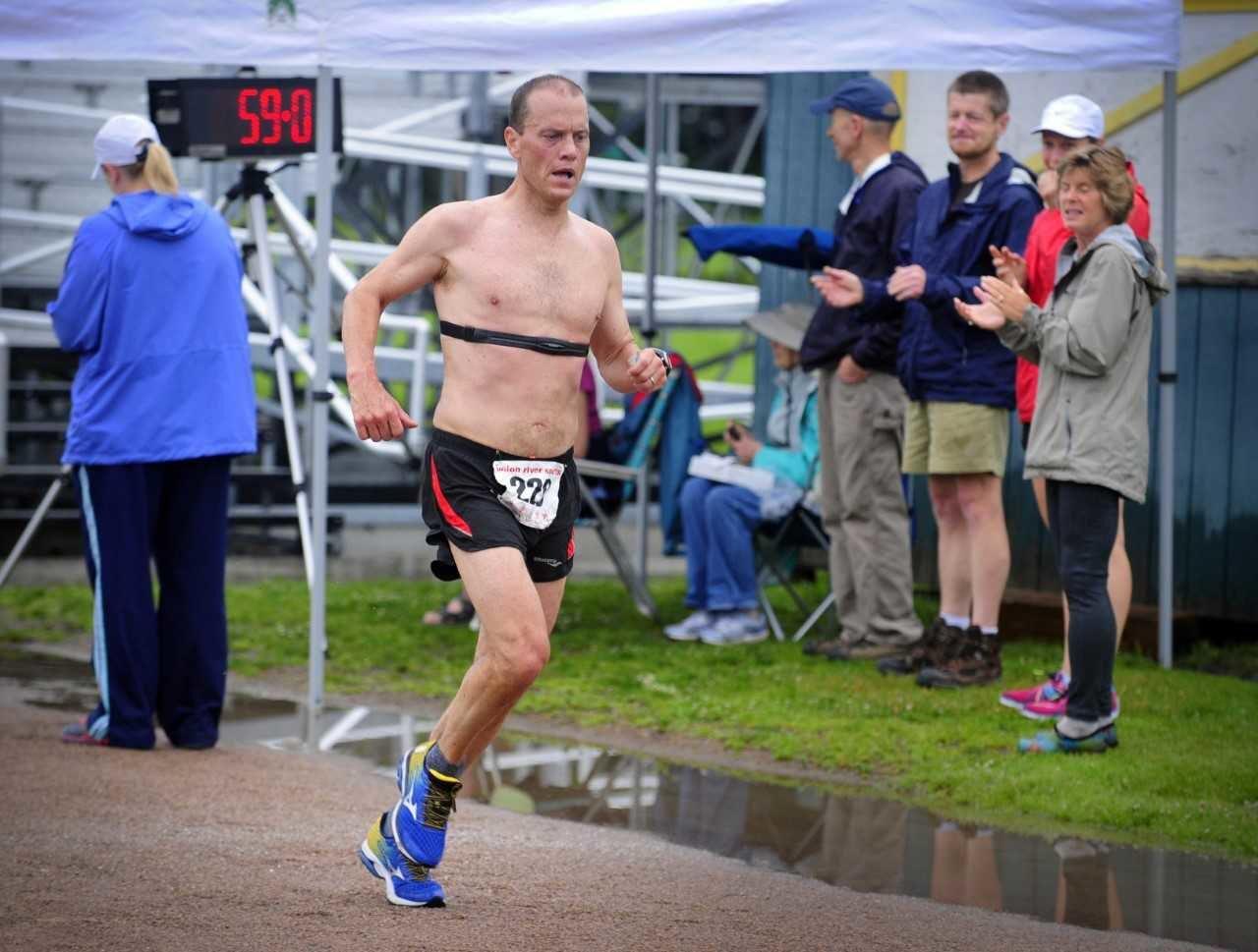 Waterbury’s Tom Thurston crosses the finish line during a previous running of the Paul Mailman 10-Miler. The Central Vermont Runners will host this year’s race at 8:45 a.m. April 24. The start and finish area will be at the Department of Labor parking lot next to Montpelier High School.