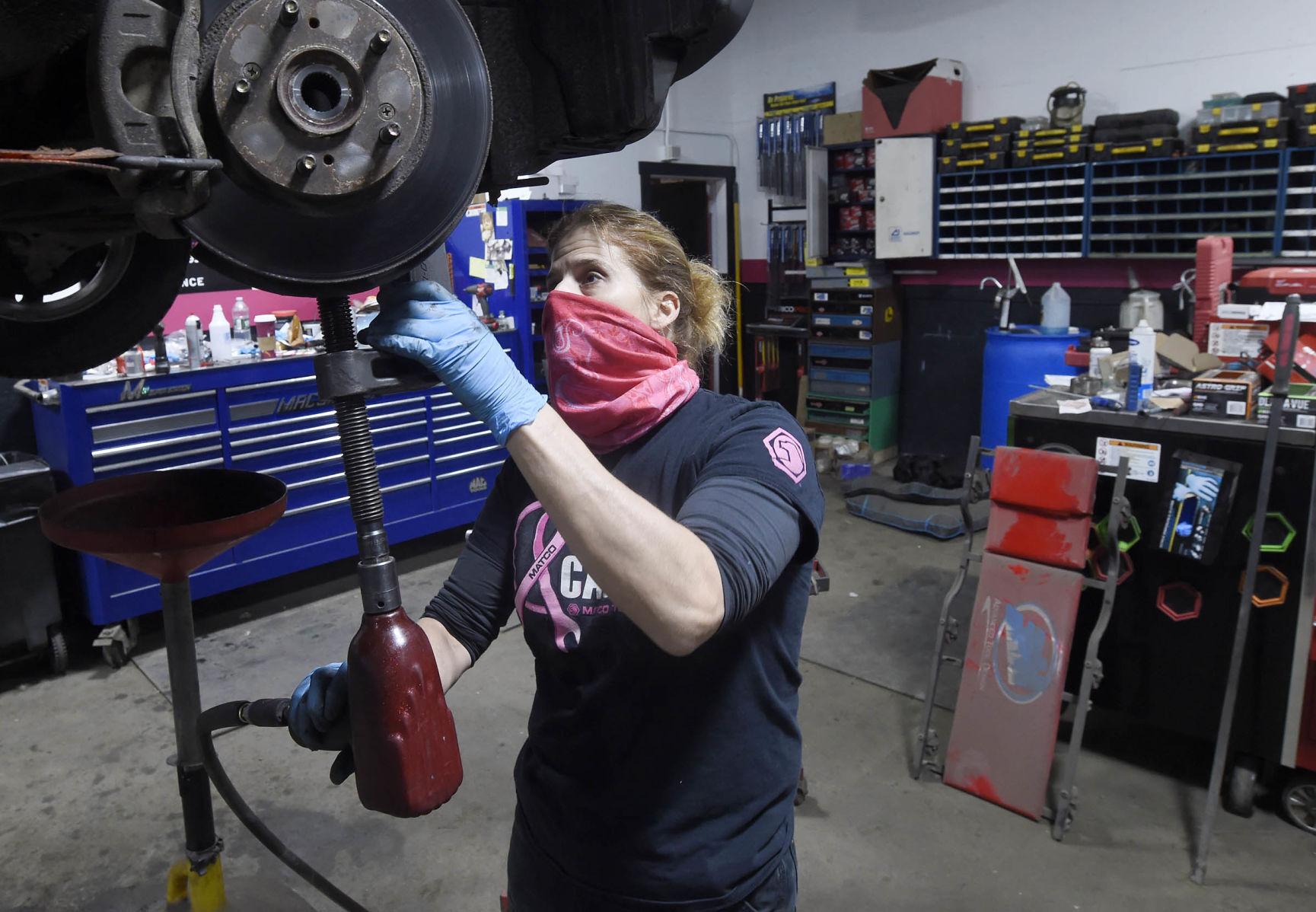 Marcie Bolduc, owner of Girls Can Fix Cars Too, replaces a ball joint Tuesday at her new location in East Montpelier. Bolduc has been a mechanic for more than 30 years and recently moved her operation to the former location KC’s Performance Auto Care on Route 2. Bolduc offers all manner of auto repairs, as well as tire service and state inspections.

MONTPELIER — Gov. Phil Scott says the state accidentally exposing the email addresses of more than 220 people who were told their COVID-19 test samples were spoiled added “insult to injury.”

State officials took the blame and apologized for exposing residents’ email addresses while pointing the finger at UPS for leaving test samples that had been taken in Barre in a shipping facility over the weekend.

The Vermont Department of Health sent out an email Monday evening informing 224 people they would not receive results from samples taken at a testing site at Barre Auditorium on Friday. The mass email mistakenly made visible all of the email addresses of those individuals.

Mike Smith, secretary of the Agency of Human Services, said at the governor’s regular Tuesday news conference the 246 test samples taken in Barre didn’t arrive at a Massachusetts lab in a “timely manner” so they could not be processed. Smith said they arrived at a UPS shipping facility in Massachusetts Saturday morning and sat there for 50 hours until they were finally sent to the lab Monday morning.

“As a result, the samples were spoiled and could not be tested,” he said.

The secretary said he’s asked his agency’s general counsel to investigate what happened with the samples to find out why they sat in a UPS facility. Also, Smith said the state needs a better process in place to confirm when samples arrive at a lab and when they will be processed. He said he wasn’t notified of the incident until 8 p.m. Monday, two hours after the Department of Health had sent out the email to residents telling them the samples were spoiled.

“The Agency of Human Services and Health Department must make sure this never happens again. As Secretary of this agency, I take responsibility, and my office needs to act,” he said.

Matt O’Connor, a UPS spokesman, said the company’s communications department was not aware of the spoiled samples until they were asked for a comment by The Times Argus on Tuesday afternoon. O’Connor said in an emailed statement, “The safe and timely delivery of every package is a priority for UPS. We are investigating the situation and determining the levels of service used for this shipment. Health care authorities, hospitals and other testing entities have a variety of services available to them for critical health care packages. Offerings such as UPS Premier and UPS Proactive Response ensure real-time tracking and monitoring. Also, UPS provides customized packaging solutions designed to maintain temperature and time commitments for delivery. We recommend the use of these services for COVID-19 test kits and other time-sensitive medical shipments.”

Smith said he’s also asked his general counsel to see whether there were any federal privacy violations by exposing the email addresses and what the state must do to rectify any violations. The incident is under investigation.

“Additionally, we will be reviewing all of our notification processes to ensure that in the future we avoid sending out letters with information that could identify an individual. We cannot let this mistake happen again,” Smith said.

The secretary noted the state has conducted hundreds of thousands of tests since the pandemic hit the state in March and this was the first slip-up.

State officials urged those who were tested in Barre on Friday to get tested again. The governor said if someone who had their sample spoiled submitted another sample at a testing site Tuesday, he would make sure they would get results in 24 hours. The governor offered to drive the samples himself from Barre to the state’s lab in Colchester.

“This was like adding insult to injury. I can’t justify it, but what I can say is, we need to figure out how to get you a test. Let us know how we can make that happen. Because it’s just as important today, probably more important today, than it was on Friday,” he said.

The state reported 63 new cases of the virus Tuesday as well as three additional deaths, bringing the death toll up to 72.

Officials are monitoring multiple outbreaks at long-term care facilities in the state, as well. Rutland Healthcare & Rehab now has 54 cases among residents and staff members. There have been 39 cases reported at Four Seasons Care Home in Northfield and 13 cases at Berlin Health and Rehabilitation. 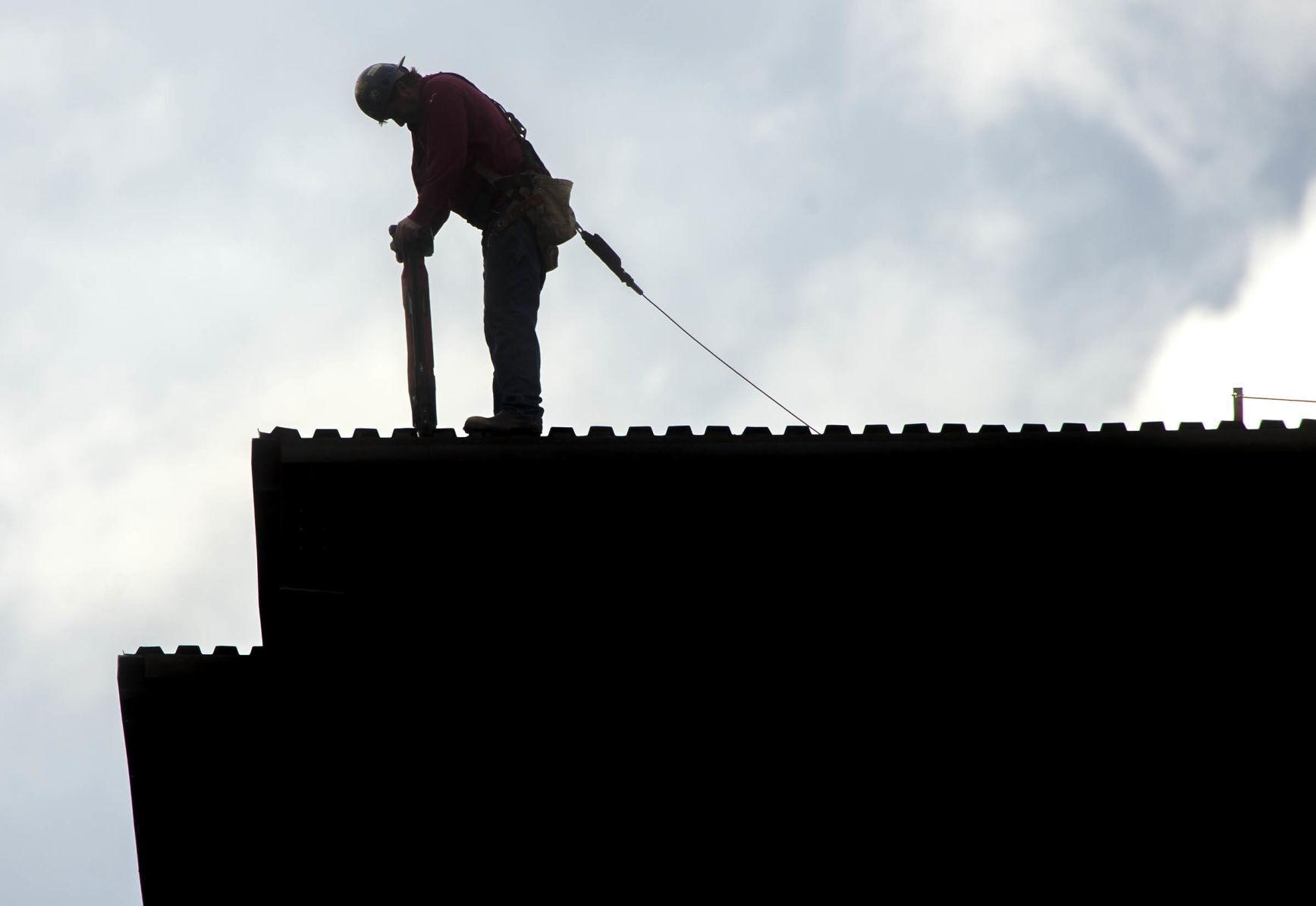 A worker attaches roofing Tuesday to the Chestnut Place development next to the Berlin Mall. The new facility, scheduled to open in late 2021, will offer independent living, assisted living and memory care.

“The governor is not asking parents, he is asking children to incriminate their families. He is placing the burden of the parents’ decision on the children.”

Local police are kept busy between recent storms and the holiday. A2

The coronavirus pandemic largely hit urban areas first, but the autumn surge is devastating rural America, too. A8