BARRE — The only ballots that will be cast in Barre and Barre Town today will have to be dropped off in person because it’s way too late to mail them.

In a break from their typical Tuesday tradition, polls will be open for a single-issue special election from 7 a.m. to 7 p.m. in both communities on Wednesday as voters will be given another chance — their third — to approve a budget for their shared pre-K-12 school district.

Early returns are underwhelming — particularly in Barre where 635 absentee ballots had been returned heading into the weekend and Monday’s mail didn’t move the needle as much as expected.

City Clerk Carol Dawes said only 63 additional ballots arrived in the mail on Monday — pushing the total to 698 of the 1,303 absentee ballots that were automatically mailed to those who voted early in either one, or both, of the previous two budget votes.

The return rate in Barre Town was somewhat higher, but less than 48 hours before the polls open, nearly 600 absentee ballots had not yet been returned.

After processing Monday’s mail, Town Clerk Tina Lunt said her office has received 1,065 of the 1,626 absentee ballots it mailed out to participants in one, or both, of the two earlier elections. The balance are still out there and the window for returning them is almost closed.

If voted ballots haven’t been mailed already, they shouldn’t be. There isn’t time for them to be processed by the U.S. postal service and delivered before the polls close at 7 p.m. on Wednesday.

There are options for voters who want to steer clear of the polls on Wednesday.

In Barre, voters can deposit absentee ballots in drop boxes at City Hall until 4 p.m. today and a similar drop box at the municipal office building in Barre Town will remain open until 4:30 p.m. on Wednesday. Those who wait that long might as well drive a few hundred yards up the road and cast their ballots in person at Barre Town Middle and Elementary School.

Based on the return rate, Dawes is predicting more Barre voters will drive through the BOR ice arena to cast their ballots on Wednesday than did during a special election that was held last month.

The May 11 re-vote was so close — the revised budget failed by just 12 votes — turnout will be important and it looks like it could be somewhat lighter the third time around.

That could be good news for an anxious School Board if “no” voters are sitting this one out, but bad news if they remain motivated despite reductions to a budget that finances operation of centralized elementary schools in Barre and Barre Town, as well as Spaulding High School.

Heading into Wednesday’s special election, Barre voters have twice narrowly passed the School Board’s budget request, only to be out-voted by their counterparts in the town.

Last month a smaller turnout yielded a larger cushion in Barre where a $50.4 million version of the budget passed 566-504, and a larger turnout produced a closer vote in Barre Town where it failed, 829-903. However, the end result, while much closer was the same. When the vote totals were combined the budget failed, 1,407-1,395.

Though most of the votes have already been cast, the latest edition of the budget — a $49.95 million spending package — will be similarly tested on Wednesday. The ballots will be hand-counted in both communities immediately after the polls close at 7 p.m.

Only three Vermont school budgets were rejected by voters on Town Meeting Day and the other two districts have since approved modified spending plans. 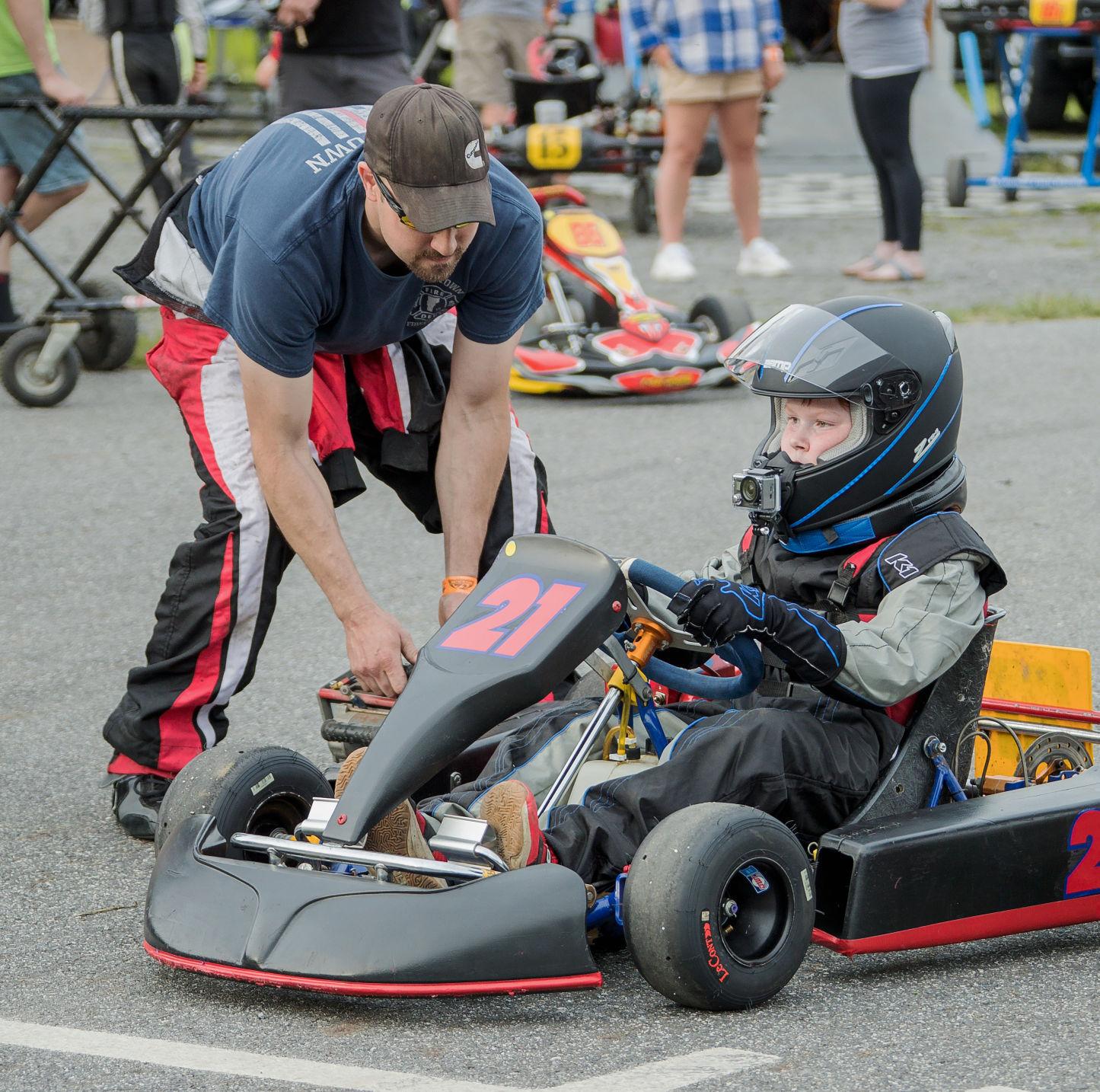 NORTHFIELD — A Northfield teenager accused of trying to kill two people by pushing their vehicle over an embankment in March has been arrested in Las Vegas.

According to a news release, Aleksander “Sasha” Cherkasov, 19, was arrested by Las Vegas police Saturday. Cherkasov had warrants out for his arrest on two felony counts of attempted murder, felony counts of aggravated assault with a deadly weapon and first-degree aggravated domestic assault with a deadly weapon and misdemeanor counts of domestic assault, reckless endangerment, leaving the scene of a crash, gross negligent operation and unlawful mischief. If convicted, Cherkasov faces a maximum sentence of life in prison.

An extradition hearing was expected to take place Monday in Nevada, but it’s unknown at this point when he will be back in Vermont to answer the charges.

According to court records, on March 20 Cherkasov got into an argument with his girlfriend and she called a friend to pick her up. Police said when the girlfriend got into the vehicle, Cherkasov drove into the passenger side, nearly hitting her and bending the car’s door.

Police said Cherkasov drove the friend’s vehicle off the road and the two victims were able to jump out of the car before Cherkasov pushed the vehicle over an embankment. Police said the vehicle was found 40 to 50 feet down the bank. Cherkasov had been on the run since the incident.

Police in Northfield said they were assisted by the the U.S. Marshals, as well as law enforcement in Montpelier, Jacksonville, Florida, and New Mexico. Police Chief John Helfant said in an email Monday Cherkasov was known to be in Louisiana, Texas, Florida, New Mexico and finally Nevada before he was taken into custody.

Helfant said Cherkasov’s mother, Jennifer Canfield, 59, was with Cherkasov when he was arrested. She is accused of helping her son evade police.

Washington County State’s Attorney Rory Thibault said she is expected to face charges including obstruction of justice and giving false information to police. Thibault said he would soon be seeking a warrant for her arrest. Canfield was not arrested when her son was located.

Police said she told investigators in March she would bring Cherkasov to the police department, but later reported she had spoken to an attorney and wouldn’t be bringing him in.

Thibault credited Northfield officer Karie Tucker with helping locate Cherkasov. He said she coordinated the search effort with other agencies which used information, such as Canfield’s phone records, to find Cherkasov’s location.

Thibault said while what Canfield is alleged to have done fits under the state’s statute for accessory after the fact, he can’t charge her with that because there is a specific carve-out absolving liability for direct family members involved in such conduct. 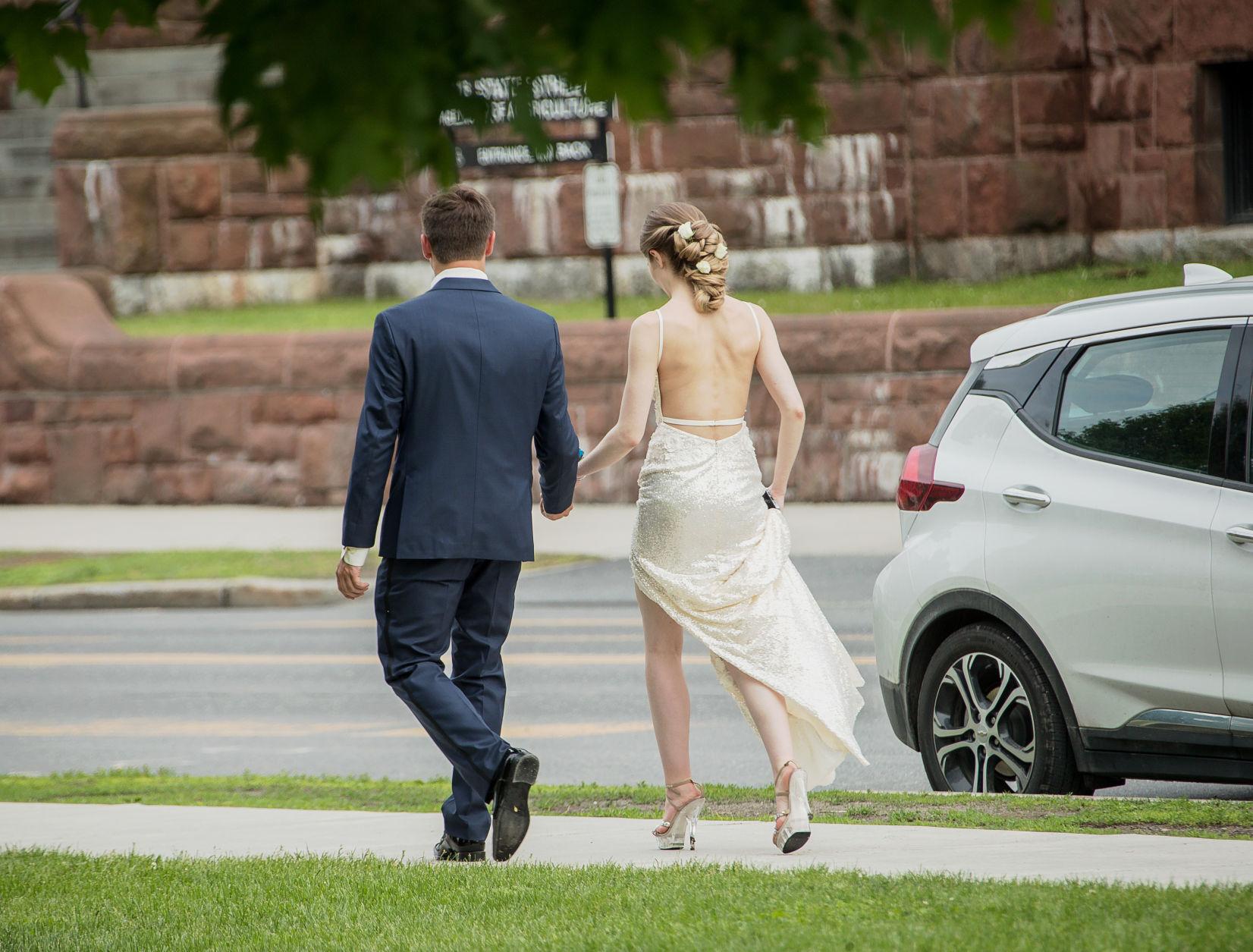 After photos at the State House in Montpelier, Taylor Clark and Nathan Romeo prepare to leave for the Spaulding High School prom on Saturday evening.

MONTPELIER — It might be scorching hot outside, but the super extended forecast for Vermont calls for the return of “snow days.”

That refreshing news is based on the latest guidance from the state Agency of Education, which bent the rules for the school year that is about to end, but has signaled it will be bending them back for the one that will start at the end of August.

Seems reports of the potential demise of snow days in the post-pandemic era were premature. School districts might be technologically capable of a short notice pivot to the remote learning format most used at some level during the soon-to-be-concluded school year. However, what was allowed at the height of a public health emergency won’t be allowed going forward and area superintendents who candidly wondered whether they had canceled school for the last time because of the weather just learned they haven’t shed that part of their job description.

In a May 28 memo outlining operational plans for the fall, the agency stressed the “regulatory flexibility” used during the pandemic to sidestep statutory requirements involving student attendance will not be extended into the coming school year.

“… The agency provided an alternate method of counting student attendance through remote means, which in many cases allowed a minimum student contact to count as full attendance for the school day,” the memo states. “A similar degree of flexibility will not be given this fall.”

The same goes for snow days.

“… Districts were permitted to count inclement weather days as ‘attendance’ days if remote learning was implemented in accordance with the pandemic attendance guidelines,” the memo states. “This will no longer be the case for the fall — inclement weather days such as snow days will need to be made up later in the year if necessary.”

It’s why Washington Central Superintendent Bryan Olkowski, who was among those who wondered whether the district’s experience with COVID-19 might have made it immune from snow days in the future, built five “contingency days” into the calendar he recently presented to the board for its approval.

Assuming the district uses all five “contingency days” the last day of school for students will be June 23, 2022.

The story is the same in the Montpelier Roxbury Public School District where Superintendent Libby Bonesteel added three “snow days” to the calendar she presented her board for approval last week.

Bonesteel explained the adjustment in an accompanying memo of her own.

“… The Agency of Education’s interpretation of the attendance statute is that it means physical presence on a school campus,” she wrote. “They (agency officials) are therefore not allowing schools to do a virtual school day during inclement weather.”

Not all school districts embraced the notion of requiring students to participate in remote learning when the weather was bad and stuck to the more traditional route not withstanding the flexibility the state offered. To the extent it worked they were rewarded because they won’t have to shift back to the old normal when winter rolls around.

While snow days will be back, Bonesteel didn’t rule out a return of face masks, which remain required apparel for students and staff for what little is left of the school year and next year is an open question.

“… It seems that the thought process around this (masks) from state leaders is evolving each week as they consider the realities on the ground,” she wrote. “This remains in the “wait and see” category.”