WOODBURY — A Connecticut man, currently being held in federal prison, has been identified by Vermont State Police as a suspect in the double homicide of two people in Woodbury in 2018.

Manuel Gomez, 32, of Hartford, Connecticut, is expected to be charged with two counts of aggravated murder and two counts of first-degree arson for the killings of Carol Fradette, 29, and David Thompson, 48, at their homes on Bliss Road on Oct. 30, 2018.

On Wednesday, a judge issued an arrest warrant for Gomez who is in custody at the Otisville Federal Correctional Institution in New York, on an unrelated federal conviction for illegal possession of a firearm.

He is expected to be arrested for the Woodbury killings after being released from Otisville, which is scheduled to happen next week.

A joint investigation by the Vermont State Police and the federal Bureau of Alcohol, Tobacco, Firearms and Explosives began after Fradette, Thompson and their three dogs were shot and killed, and their homes, which were separate but on the same property, were set on fire in 2018.

Their bodies were found in their homes. Investigators believe the fires were intended to conceal the homicides.

The Vermont Chief Medical Examiner’s Office determined Fradette’s cause of death to be blunt impact and a gunshot wound. The manner of death is homicide.

Thompson’s cause of death was determined to be multiple gunshot wounds and the manner of death is also homicide.

The two dogs found dead at Thompson’s home were each shot once.

The release sent Wednesday said investigators determined Gomez was selling large quantities of heroin to Thompson, who might have owed Gomez more than $20,000.

Digital evidence shows that Gomez traveled to the Woodbury area from Hartford on the evening of Oct. 30, 2018, and arrived at Thompson’s home shortly before a neighbor called 911 to report a fire at the home.

The Woodbury Fire Department responded to the home, 715 Bliss Road, where Fradette lived. While fighting the fire, firefighters observed that the adjacent home, at 637 Bliss Road, where Thompson lived, was also on fire. The homes were about 150 feet apart.

The release sent Wednesday said Gomez has denied knowledge of the homicides or involvement in the deaths of Fradette and Thompson but statements from Gomez about his whereabouts on Oct. 30, 2018, contradict digital and physical evidence police found.

Vermont State Police worked with the U.S. Attorney’s Office and with Washington County State’s Attorney Rory Thibault throughout the investigation into the murders of Fradette and Thompson, according to the release.

In a statement, Thibault said he was “grateful for the hard work and persistence that went into this investigation.”

“The Vermont State Police, with federal partners, invested significant time and resources to develop the evidence needed to support criminal charges in this complex case. The multi-agency collaboration and follow-through by the investigative team is a testament to the skill and professionalism of Vermont’s law enforcement community, and the shared commitment to seek truth and justice,” he said.

Gomez’s arraignment in Vermont will be scheduled after his extradition from New York. 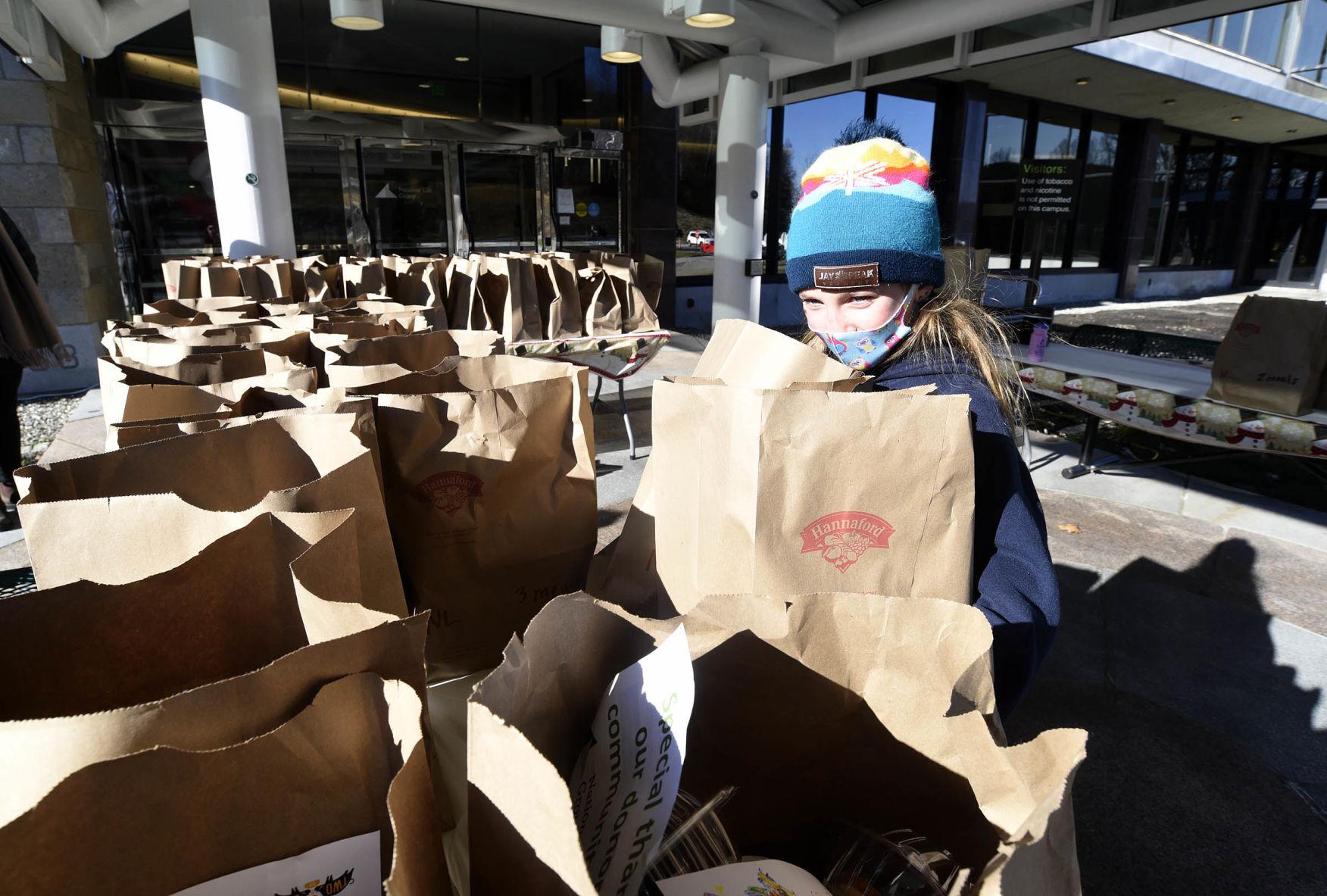 BARRE TOWN — After privately pondering the separation of church and state — or the lack thereof in the case of what was once St. Sylvester Catholic Church — the Select Board has agreed an easement is in order to facilitate the future sale of a historic property that just changed hands.

The problem, which was discussed during a meeting-ending executive session Tuesday night, doesn’t involve the Graniteville church that hosted its last mass a little more than a year ago, or even it’s neighboring rectory, which hadn’t been actively used for longer than that. However, it does involve a portion of the old rectory’s attached garage, which for better or worse, straddles the boundary between the 1.8-acre property Lucas John just bought from the Roman Catholic Diocese of Burlington and the Barre Town Forest.

A survey conducted by the trust as it readied to sell the property earlier this year flagged the issue, according to Zoning Administrator Chris Violette, who said a boundary line adjustment that was initially viewed as the simplest way to solve it hit a roadblock in August.

Though it was approved by the Development Review Board at the time, Violette said Wednesday, the adjustment, which would have essentially involved swapping slivers of land, was quickly tripped because of strings attached with federal funding that helped underwrite the acquisition of much of the land that makes up the Barre Town Forest.

The Vermont Land Trust noted the proposal ran afoul of Internal Revenue Service regulations and suggested the easement approved by the Select Board after Tuesday night’s executive session.

The easement acknowledges and permits the encroachment on municipal property and with the Vermont Land Trust’s blessing will clear up what Town Manager Carl Rogers described as a “cloud on the title” of the property that could make its sale problematic.

It didn’t stop John from buying it earlier this month, but that was after a solution was in the works, and it appeared clear it would satisfy the town, which sought to solve the problem in a different way, and the Vermont Land Trust, which, Violette noted, authored the just-approved easement.

Though the Websterville Christian Academy obtained Planning Commission approval to convert the church property into a school earlier this year, it ultimately opted to solve its space crunch by moving to a property on Vine Street in nearby Berlin.

That left the diocese without a buyer until John expressed interest in the property as a home for himself and the mixed martial arts gym he was running out of space he rented above the House of Tang restaurant in Montpelier.

According to Violette, the prospect of a potential buyer triggered the Development Review Board’s aborted approval of a boundary line adjustment and, as was the case with Websterville Christian Academy in March, required special approval by the Planning Commission.

Violette said the latter was needed to re-establish lapsed residential use of the rectory and to alter the use of the church, which was built in 1895 — long before the area was zoned industrial.

Late last month, the Planning Commission approved John’s plans to convert the rectory into his personal residence and the old church into the new home of Granite City MMA – “a local for-profit community fitness center with its main focus on martial arts, women’s, children and law enforcement self defense.”

The gym, which will also be used for training professional MMA and Thai fighters, as well as professional grapplers, is already up and running.

In anticipation of the sale the church was stripped of its stained-glass windows, its oak pews and altar and other religious relics, which have been replaced by an MMA cage, a boxing ring, a weight room and a speed bag area.

Violette said John has expressed no interest in altering the exterior of the building and his interest is in the 5,000 square feet of open space he has quickly transformed into a home for the business he runs on the side. 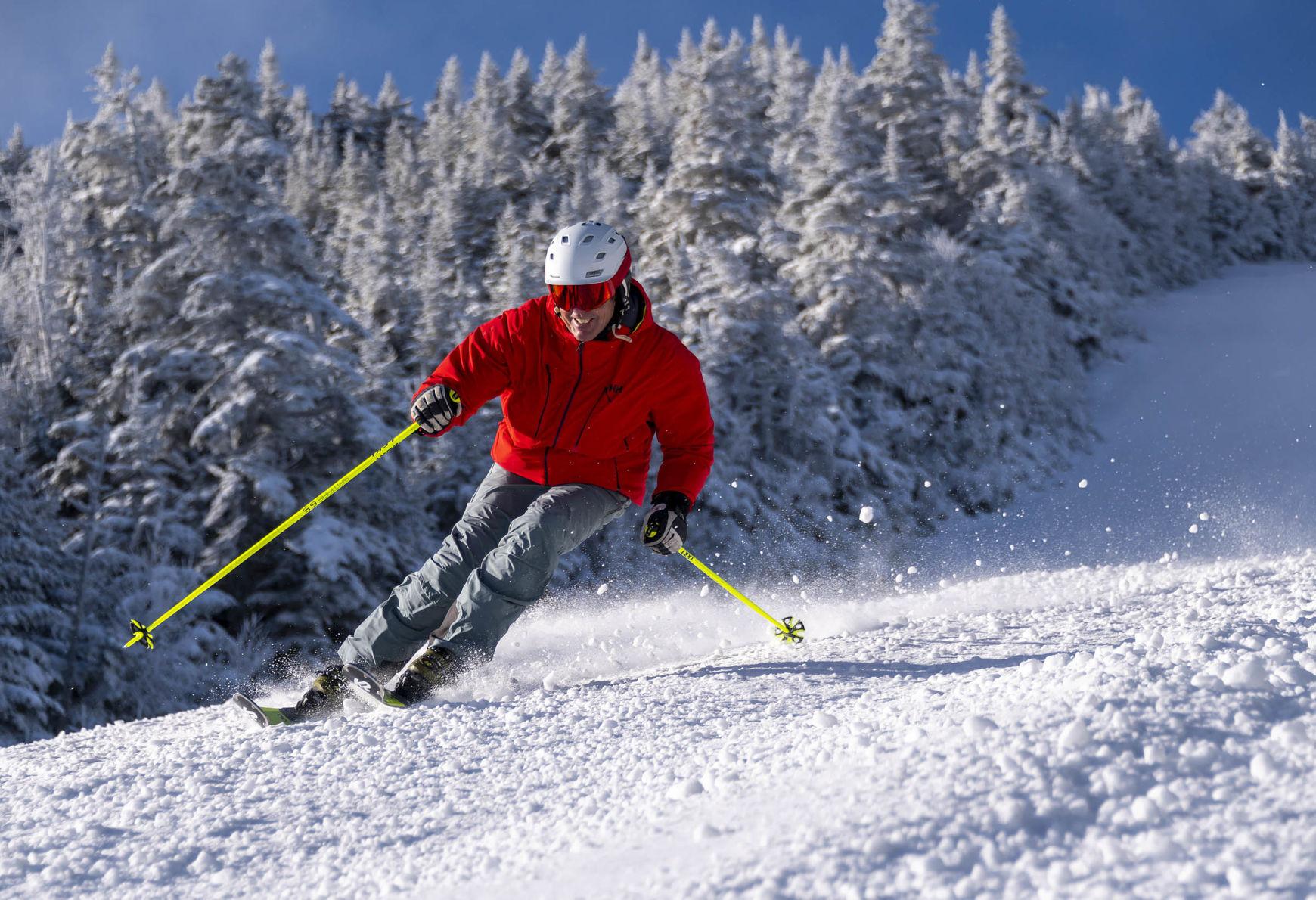 Marc Angelillo, of Fayston, skis Organgrinder on opening day for Sugarbush Resort in Warren on Wednesday. Skiers and boarders were greeted with blue skies and wintery conditions as the new season got underway.

Those frequenting indoor public spaces in Rutland Town will have to wear a mask when they enter, per an ordinance passed Wednesday morning by the town Board of Health.

“The purpose of this rule is to require all individuals to wear face coverings while indoors at locations that are open to the public in order to prevent and mitigate the spread of COVID-19 and protect the public health and safety of the town of Rutland,” reads the ordinance.

In Rutland Town, the Select Board serves as the Board of Health.

The vote went 4-1 with Selectman Don Chioffi being the “no” vote.

The ordinance exempts children younger than 2 years of age, anyone with a disability who can’t wear a mask or wear one safely because of the disability, anyone for whom wearing a mask would, “create a risk to workplace health, safety, or job duty as determined by the workplace risk assessment,” and anyone eating or drinking inside an establishment serving food or beverages.

On Monday, the Legislature convened for a special session to pass a law allowing towns to impose mask ordinances. Lawmakers and others had been pressuring Gov. Phil Scott on the matter for some time.

Town Health Officer and Selectman John Paul Faignant said under state law the board will have to revisit the ordinance every 45 days. However he would expect the board to do so every two weeks at its regular meetings, and after 30 days at most. The state law expires in April.

“I got into it a little bit last night but as we all know Rutland County is leading the count, our transmission rate is really high, but given the upcoming shopping holiday and following the (Centers for Disease Control and Prevention) and Vermont Department of Health recommendations I would recommend that we take advantage of the state authorizing us to enact a mask mandate indoors for public buildings only for the town,” said Faignant.

Selectman Joe Denardo said because the shopping holiday is so near he wondered how this would be communicated to the community.

Board member Sharon Russell advised that Faignant contact some of the larger stores. She offered to help.

“The people looking for this are the bigger box stores, like Hannaford, they want help with this issue,” said Faignant. “They have their own rules in place, but they’re really happy to have the town pass the ordinance.”

Denardo said while the stores may already have their own mask requirements, they should feel free to cite the town’s ordinance if they receive backlash from customers.

There was no debate between board members over whether or not to pass the ordinance, either at the Tuesday or Wednesday meetings. However Chioffi said in an interview Wednesday that he feels this is an example of government overreach. He doesn’t believe masking is effective, criticized the ordinance for not specifying what kind of mask is required and likened the debate over wearing masks to the debate over abortion rights.

According to VTDigger, Brattleboro was the first town in Vermont to adopt a masking ordinance under the new law.

Few townships in Rutland County appeared eager to follow suit. Rutland City leaders told the Herald on Tuesday they were either against it or would consider it. Some towns north of Rutland on Route 7 have mask requirements for town buildings but the members of their boards don’t wish to impose that on the entire town.

There is an enduring myth that Benjamin Franklin wanted the turkey to be our national bird.

Proctor athlete Katelynn Regula serves as an inspiration on and off the field. B1