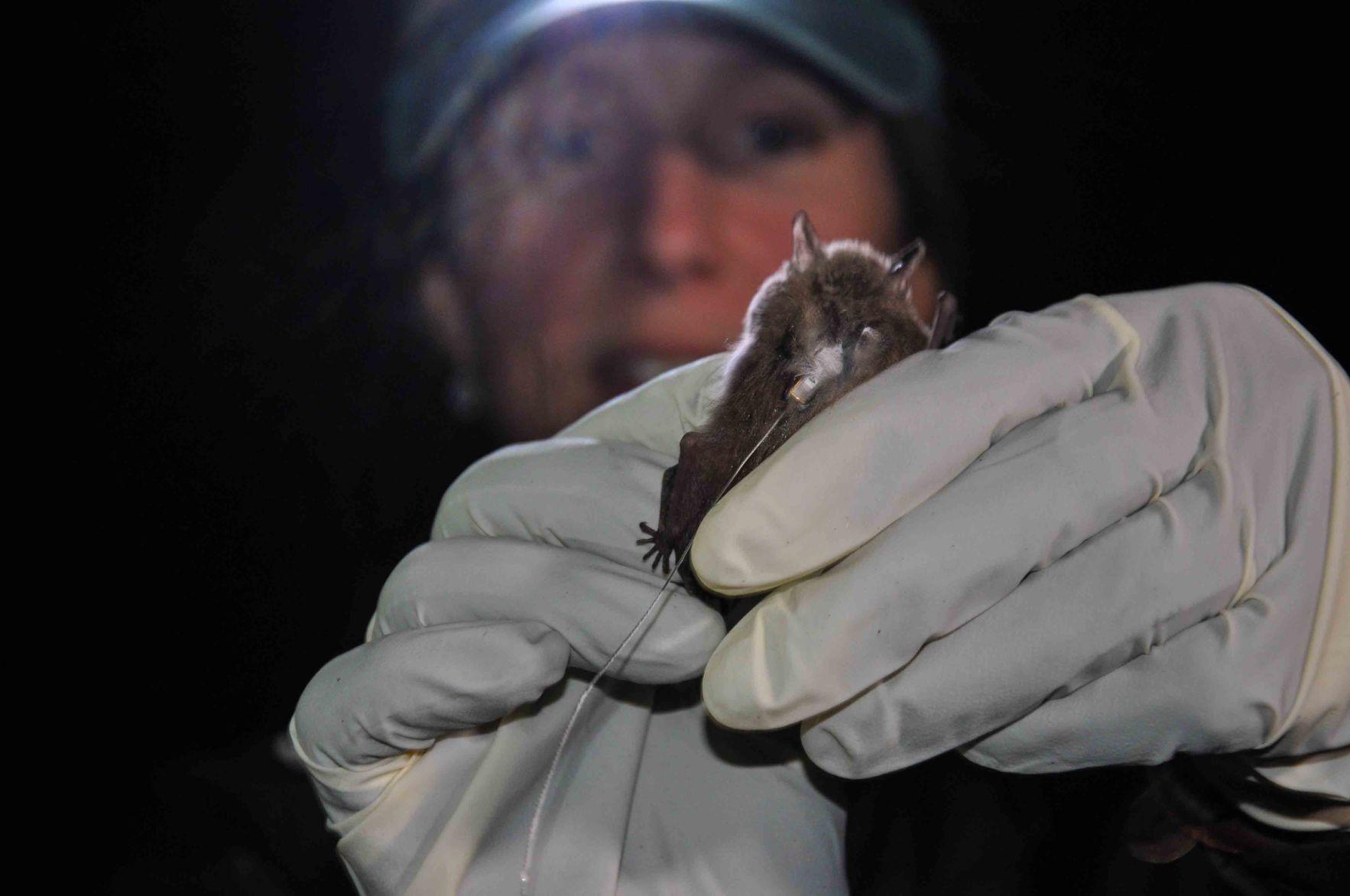 Citizen scientists are helping researchers to collect information about bats, among other animals and birds across Vermont. 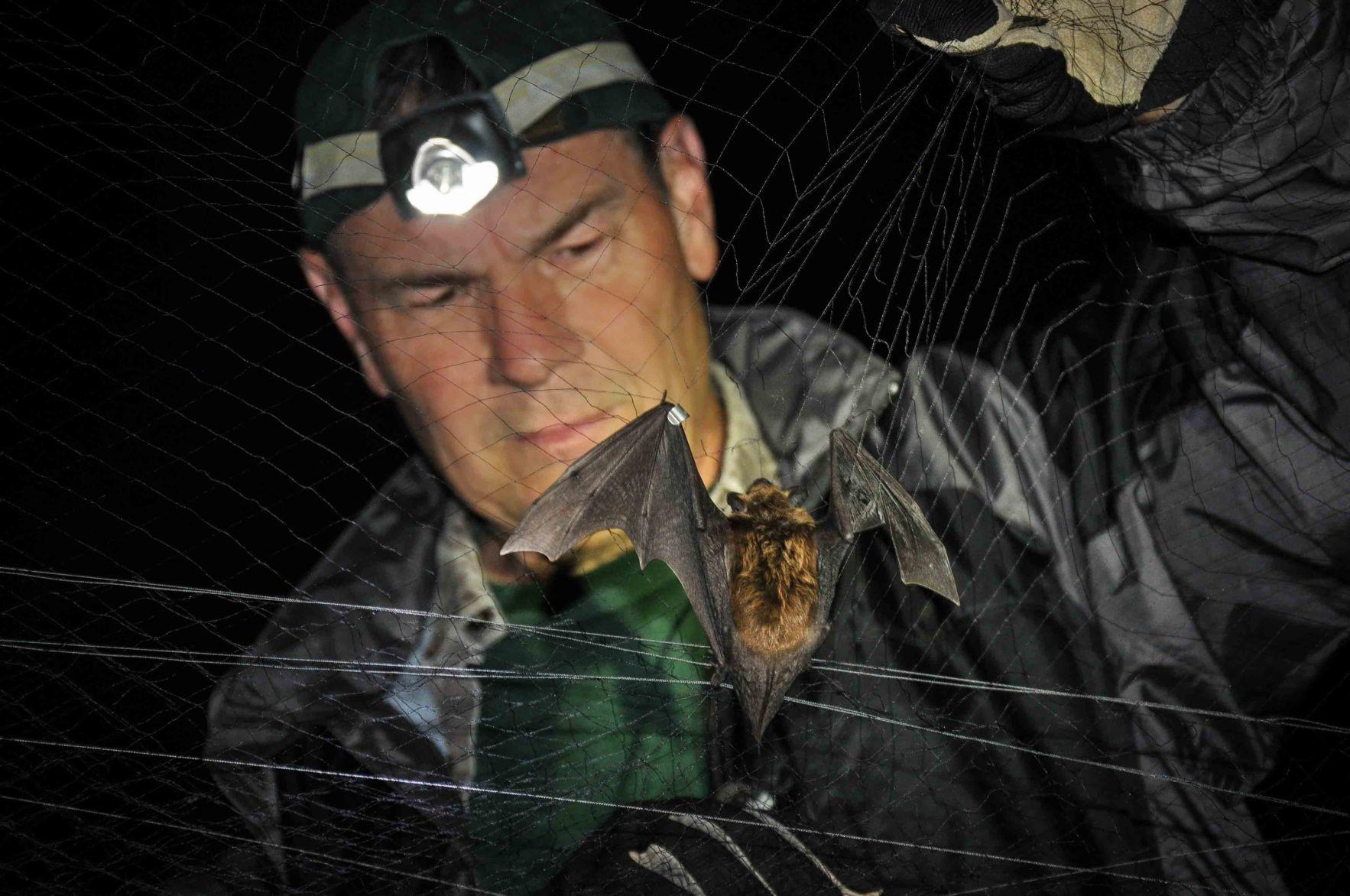 Information gathered about bats takes more work than what biologists can do alone. A small army of trained volunteers helps. 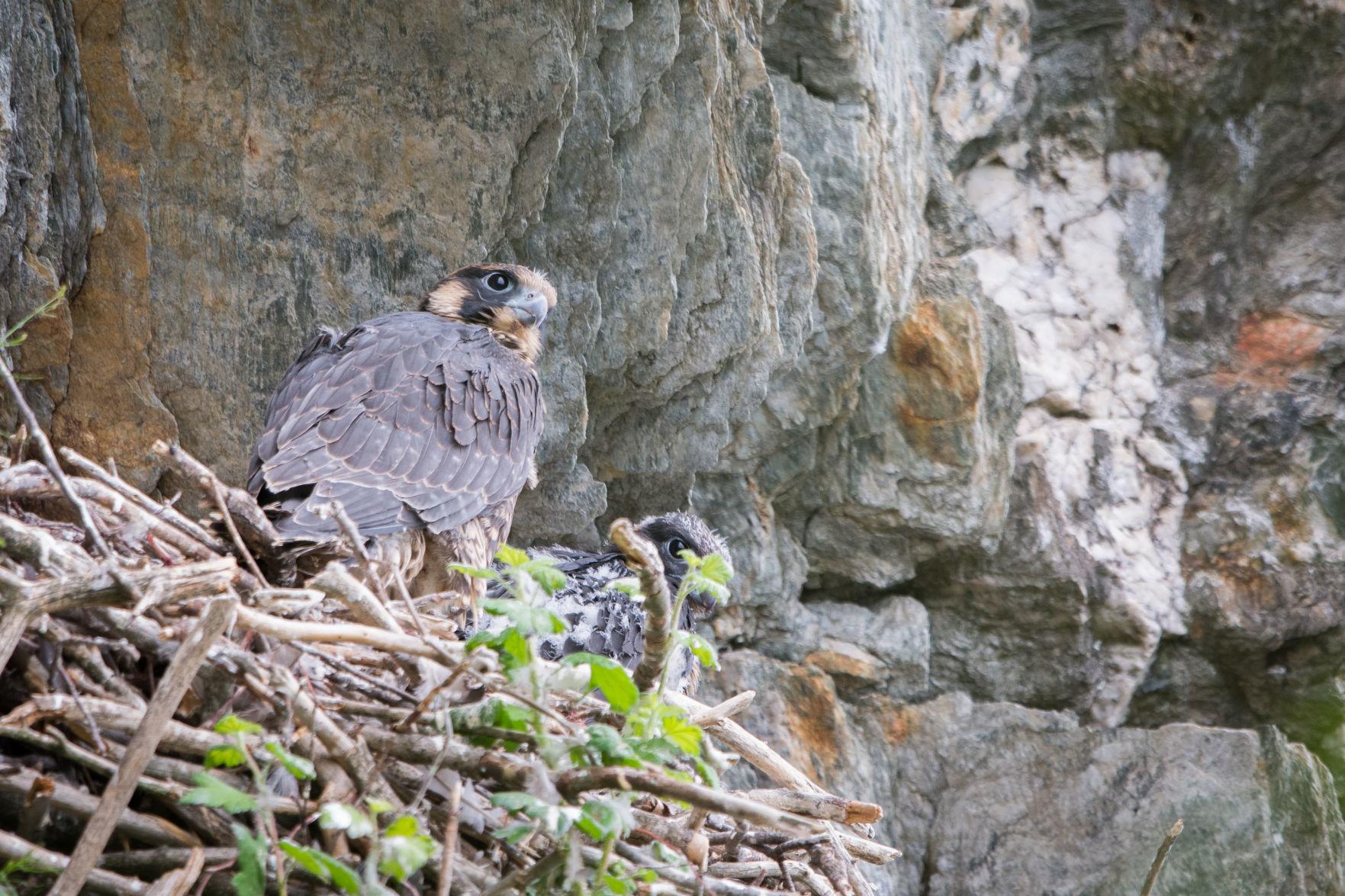 Throughout the year, bird watchers do bird counts and keep an eye on various species to insure their safety and progress, including the rare peregrine falcons.

Citizen scientists are helping researchers to collect information about bats, among other animals and birds across Vermont.

Information gathered about bats takes more work than what biologists can do alone. A small army of trained volunteers helps.

Throughout the year, bird watchers do bird counts and keep an eye on various species to insure their safety and progress, including the rare peregrine falcons.

On a warm evening in July, a couple in Brandon welcomed Alyssa Bennett, small-mammal biologist with the Vermont Fish and Wildlife Department, to their home. They had discovered little brown bats in their attic, a species that has struggled in Vermont recently, and Bennett wanted to count how many bats were living there.

Just after sunset, the group sat outside in lawn chairs with hand-held counters, watching the spots at the eaves of the house for the bats to stream out into the dusky early evening. Neighborhood kids were there, and someone had brought iced tea. The bats streamed out of the house, heading out to look for food for their babies. This was a maternal colony, a group comprised of mothers and their young, and that night, the group counted 70 bats.

Bennett relies on 40 volunteers to monitor 20 maternal bat colonies around the state, mostly in the greater Champlain Valley and at a few sites in southeastern Vermont. There can be up to 300 bats in a colony, and they take up residence in places like attics, barns, bat houses or sheds. The bats used to colonize sites all over the state, but are now only in these smaller pockets. Scientists are trying to figure out why, and these volunteers, known as citizen scientists, are helping.

“We wouldn’t have this data” on population counts, says Bennett, “without citizen scientists.” VFW staff working on this project include herself, one part-time technician, and a summer intern.

“Because of this data” collected by citizen scientists, “we know that little brown bats have stabilized, and without this data, we would not know that,” she said. The information being collected in Vermont is even informing other states where little brown bats are struggling, like Pennsylvania.

Citizen science is like a quilting club, says Amy Alfieri, a wildlife biologist with VFW, with everybody contributing to the project. It’s simply the involvement of the public in a science project, and anyone can do it with just a little training.

“We have staff to process data, do field work and write reports,” says Alfieri, “but oftentimes we’re lacking in the field.” It can be hard to monitor projects that cover large areas, like that bat project.

Another example of citizen science in action is the annual turkey survey. Every August, Vermonters are asked to report turkey sightings and their locations, to give supplemental information to biologists who are managing the species.

Citizen science is used widely, explains Erin Talmage, executive director of the Birds of Vermont Museum in Richmond: “Scientists have been able to do a lot of things with that information, and it’s only happening because people are out collecting the data and contributing.”

It’s not just natural science projects, Talmage points out. There are citizen scientists engaged in Alzheimer’s research, meteorology and astronomy, to name a few other examples. “It goes far beyond nature,” Talmage says.

For those who want to learn more about citizen science, Alfieri and Talmage will be leading a workshop on Thursday, April 11 from 5:30 to 7:30 p.m. at the Dead Creek Wildlife Management Area conference room in Addison. This “Citizen Science 101” presentation is free and open to the public and is limited to the first 50 people who register via email. The Dead Creek Conference Room is located at 966 Route 17 West in Addison. To sign up for the workshop, email Amy Alfieri at amy.alfieri@vermont.gov.

After the presentation, there will be an optional walk to demonstrate how to upload observations using iNaturalist, a smartphone app that allows users to enter their findings into a national database. These findings are used by scientists, conservation commissions and others. Participants in this part of the workshop will come away with the ability to observe and catalogue the natural world for local and global citizen science projects. Smartphones are not required for this event, but if participants have one and want to practice using iNaturalist, they should bring theirs.